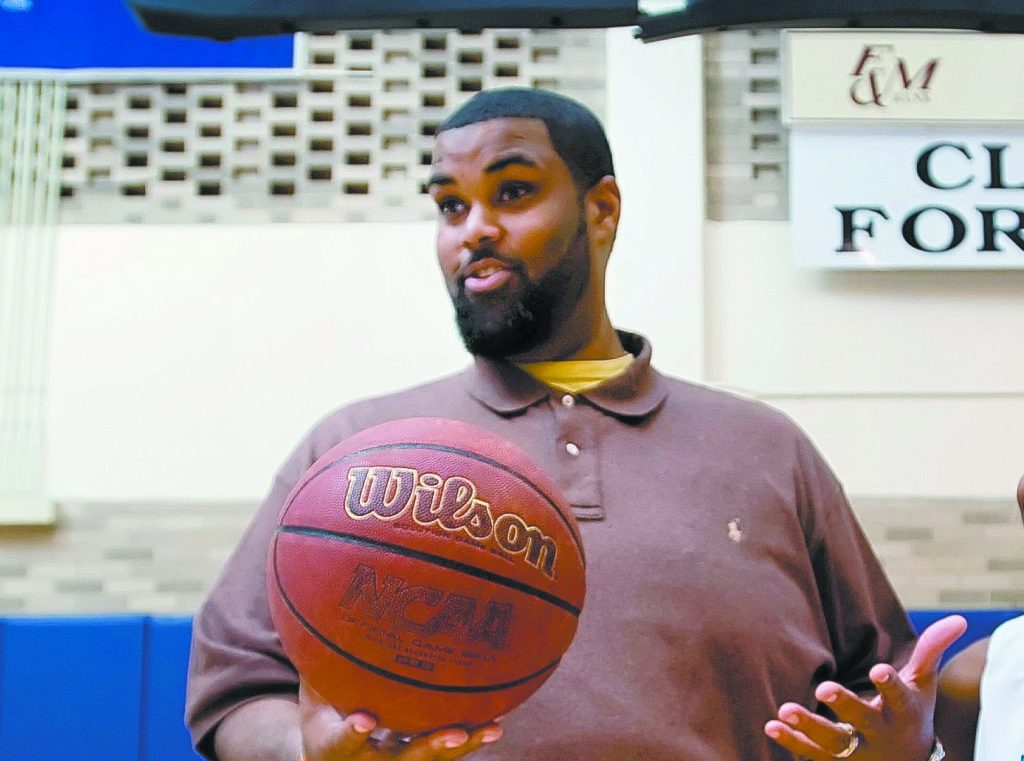 Chris McNeil got into coaching through Andrew Mitchell.

SALISBURY — Bigger than life physically and with a mighty heart to match his massive presence, Dr. Christopher Wayne McNeil died Sunday at 48.

Services were held on Wednesday in Durham, his hometown. He was a 1992 graduate of Hillside High.

McNeil went to work for the Rowan-Salisbury Schools system in 2005 and had a positive impact on the lives of hundreds of students. Most of the Livingstone College graduate’s influence was felt at Knox Middle School and Salisbury High.

Holder of a doctorate and two masters degrees in education fields, McNeil was a math teacher, mentor, administrator, assistant principal and deputy principal first — and a coach second —but he once was a big part of the Post’s sports pages as the head basketball coach of the Salisbury girls.

McNeil got into coaching through his friend Andrew Mitchell. Working at the Bobby Jackson summer camps at Livingstone, McNeil discovered a passion for coaching youngsters.

Mitchell coached the Salisbury girls to state championships in 2008-09 and 2009-10, with the latter team going undefeated.

But when North Rowan offered Mitchell the chance to coach a talented boys group and to coach at the school where he had starred as a player, Mitchell couldn’t say no, and the Salisbury girls program needed a new leader.

That job was offered to McNeil. He didn’t jump up and down. He told administrators he’d have to check with his wife first.

When she approved, he accepted.

McNeil, dapper in his collection of sweater vests, took charge of an immensely talented team for the 2010-11 season. Seven of those girls would play college basketball. Most would play in the Division I ranks.

It was a sensational team that added a freshman — Brielle Blaire — who was the most talented of all of them.

McNeil’s tenure started 0-1, with an opening-night loss to 4A Butler — but the Hornets wouldn’t lose again that season.

McNeil repeatedly said he was “just lucky to be part of something special,” but he was a bigger part of it than he gave himself credit for.

With only one ball, it’s not a piece of cake to keep everyone happy with an overload of talent, but McNeil steered the Hornets through a mostly drama-free season.

Everyone sacrificed points, so the team could thrive.

“Talent without discipline is an appetite for destruction,” McNeil said in 2011. “They needed someone to come in and guide what was already in place. Some coaches come in and try to implement something new. We just kept it simple. My main focus was defensive intensity creates offensive success.”

After that game, Carson coach Brooke Misenheimer (now Brooke Stouder) said,”Salisbury is a prime example of what a defensive-minded team can do. They take so much pride in stopping people. Within a couple of minutes, they can lay an opponent out.”

Salisbury showed some grit and survived a serious test at North Surry in the sectional finals before wiping out two opponents by double digits in the regional.

Then McNeil showed some innovative out-of-the-box thinking prior to the 2A state championship game against East Bladen (30-1).

East Bladen post player Courtney Melvin was 6-foot-2 and at least 250 pounds, but she was such a good athlete that she was the NCHSAA’s Female Athlete of the Year for the entire state.

In preparation for the title game in Chapel Hill, McNeil had his girls practice against 6-foot-4, 300-plus Salisbury football nose guard Kiontae Rankin.

After battling Rankin, Melvin didn’t seen all that immense. The Hornets held Melvin, an East Carolina recruit, to 10 points. Blaire scored 20, three other Hornets scored in double figures and Salisbury turned a highly anticipated title-game showdown into a 76-44 rout. On the grandest stage, it was one of the all-time performances by a Rowan County team in any sport.

“These ladies have been on a mission all season,” McNeil said in the press conference after the romp. “They didn’t accept less than their best, and when they are at their best, this is the result you’re going to have.”

McNeill only coached the Hornets two seasons.  His second team had been hit hard by graduation, but it still managed a 25-4 record, went 10-0 in the Central Carolina Conference regular season and won two playoff games.