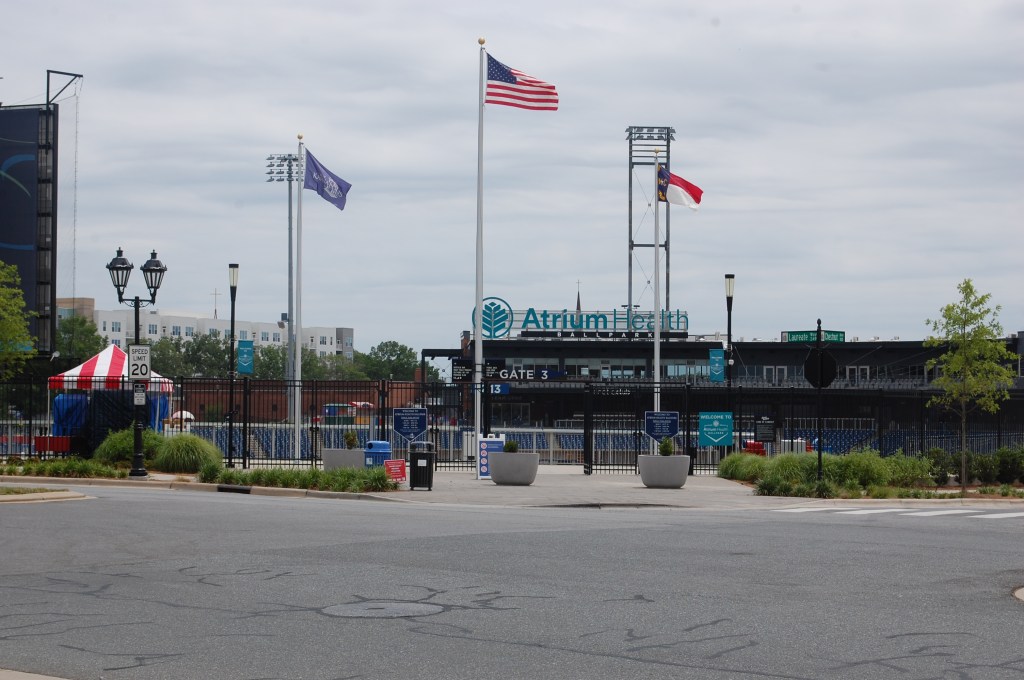 KANNAPOLIS — Atrium Health Ballpark, home to the Kannapolis Cannon Ballers minor league baseball team, has been honored as Ballpark Digest’s 2022 Ballpark of the Year. The ballpark’s impact as a catalyst for the revitalization of Kannapolis led to its selection.  This national honor places the ballpark in the ranks of the best major and minor baseball league venues across the country.

Atrium Health Ballpark was designed to be one of the primary anchors in the city’s downtown revitalization. The Kannapolis City Council’s vision was to transform the downtown landscape with anchor projects to stimulate private development investment. The vision has been realized, with significant downtown projects completed and dozens more underway. Millions in private development has led to over 30 small businesses including restaurants, a pub, brewery, cidery, a live music venue and more, as well as numerous multi-family projects.

“I can speak for our management team and city council that there are few opportunities in our careers to see something transform the way the downtown has so far. It’s pretty unique. One of the most satisfying things is seeing folks who have lived here for generations support our plans, get excited, and actually see the whole project completed. They can touch it and feel it and it’s a rare and special thing to have the positive support and reaction from so many of our citizens,” Kannapolis City Manager Mike Legg said in a news release. “We are honored to be recognized by Ballpark Digest. National recognition for our vision and hard work is a really special achievement for us.”

“When we first visited Kannapolis, there was literally nothing open on West Avenue and the downtown was a construction zone. We were excited about the city’s vision, and it’s been a privilege to bring Atrium Health Ballpark to life. We’re so proud that the ballpark has become a part of the fabric of downtown, not just for ball games but for all types of milestones like graduations and birthdays all year long. We’re excited about our adjacent development projects which are underway and will continue to both enliven downtown and — with projects like Towel City Tavern — enhance the fan experience,” said team owner Andy Sandler. Sandler is partnered with a local brewer and restaurateur to open Towel City Tavern in 2023 which will have direct concourse access.

With its grass berms, home run porch and other amenities open and accessible as a public park to citizens year-round, the ballpark becomes more than a home for America’s pastime and community events. Its right field acts as an extension of the main street development, and the park is open from dawn to dusk daily for use as a public amenity.

Populous brought the vision to life for the City and ownership. Populous principal Jason Michael Ford says, “It’s a great honor for our team to see Atrium Health Ballpark named Ballpark of the Year. Its impact has lasted far beyond its opening season, and we’re proud that the ballpark has fulfilled its vision to be both a symbol of pride and a great venue for baseball, family experiences, community activation and fun — and will continue to do so in the future.”

Atrium Health Ballpark annually hosts more than 200,000 non-gameday visitors, and in 2022 the team saw a gameday attendance uptick of more than 10 percent, welcoming more than 180,000 fans.

Other members of the Atrium Health Ballpark Design/Construction Team were: