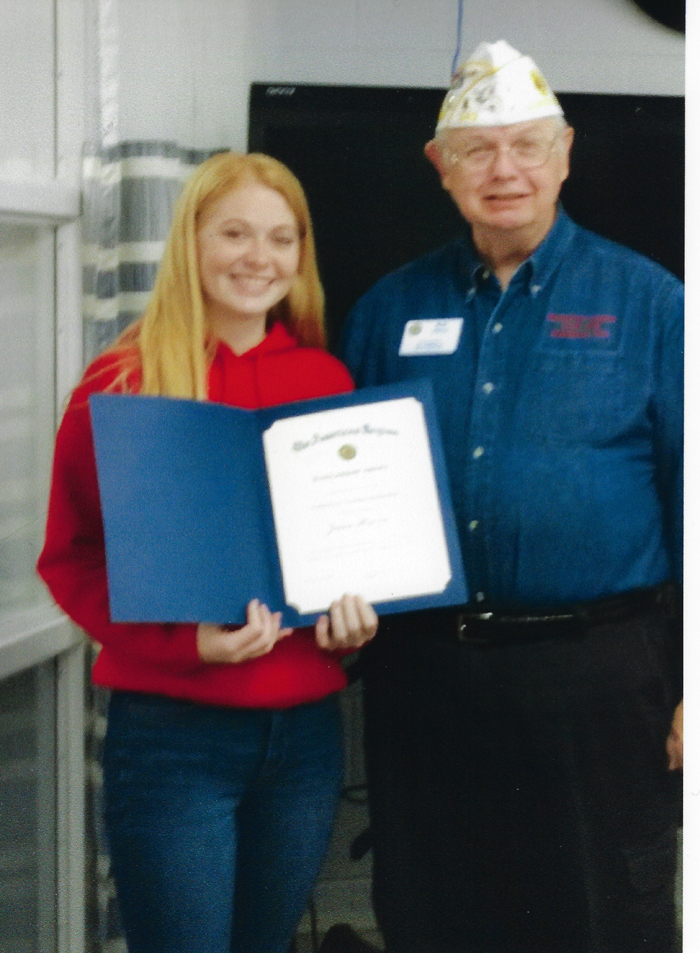 SALISBURY — Catawba College’s School of Nursing has produced another winner for an American Legion scholarship. Jenna Harris, a junior , was the recipient this year.

The nursing program, which began five years ago, has had a student recognized by the American Legion in each of the last three years by winning the Colon Furr Division IV Scholarship.  In the first-year, nursing student Amber Biscotti was awarded the scholarship after competing against contestants representing 71 posts of the five districts that make up the 4th Division of the Department of North Carolina.  The following year the scholarship was awarded to Breanna Miller.

Harold B Jarrett Post 342 selected the three winning candidates. Will next year make it four in a row?