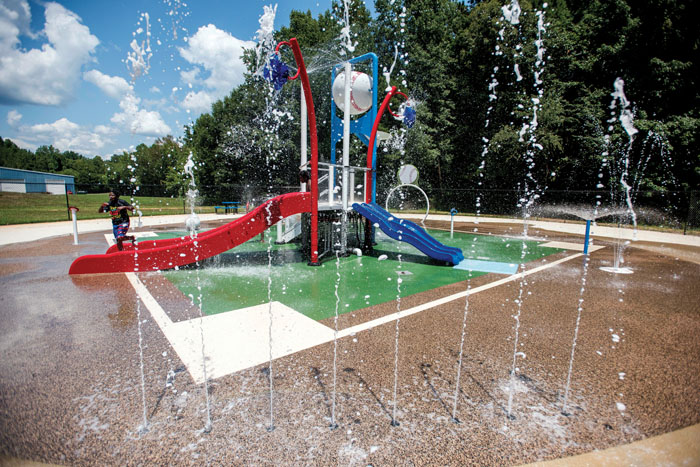 EAST SPENCER — The town will receive $580,000 in grant money requested from the state Department of Commerce in November that will help upgrade a number of elements at Royal Giant Park in the coming year.

Town Manager Michael Douglas applied for $754,000 under the Rural Transformation Grant Fund, and the town got a portion of that.

“A number of communities received less than their full request, but it means the grants were given to more towns, so more are receiving help,” said Douglas. Only one project will have to be postponed — redoing or putting in new sidewalks.

“The funds we are receiving will be used to purchase new gateway signs for the town,” Douglas said. “Then in the park, we’ll have new directional signs, we’ll resurface the basketball court, we’ll have the concession stand completely renovated, and the old wooden sign for the park will be replaced with a large, brick memorial sign.”

Other small projects will include hand sanitizing stations and water bottle filling stations. The new signs will be designed by Sign Art of Charlotte, and the new surface on the basketball court will be VersaCourt, a surface that supports ankles and knees in heavy play and prevents the worst damage from falls. Douglas said the concession stand renovations will be put out to bid.

Douglas said the town was awarded the grant under the Resilient Neighborhoods category and these funds have come in round two of applications. The town did not receive funds in round one, but in the third and final round of applications, he plans to request another $50,000.

“The park has always been a focal point for the community,” Douglas said, “People have gone there for gatherings, kids go to play, and during the pandemic, people went to the park just to get out of the house.”

He said the town wants to take advantage of the park already being a community gathering place by improving its appearance and its usability.