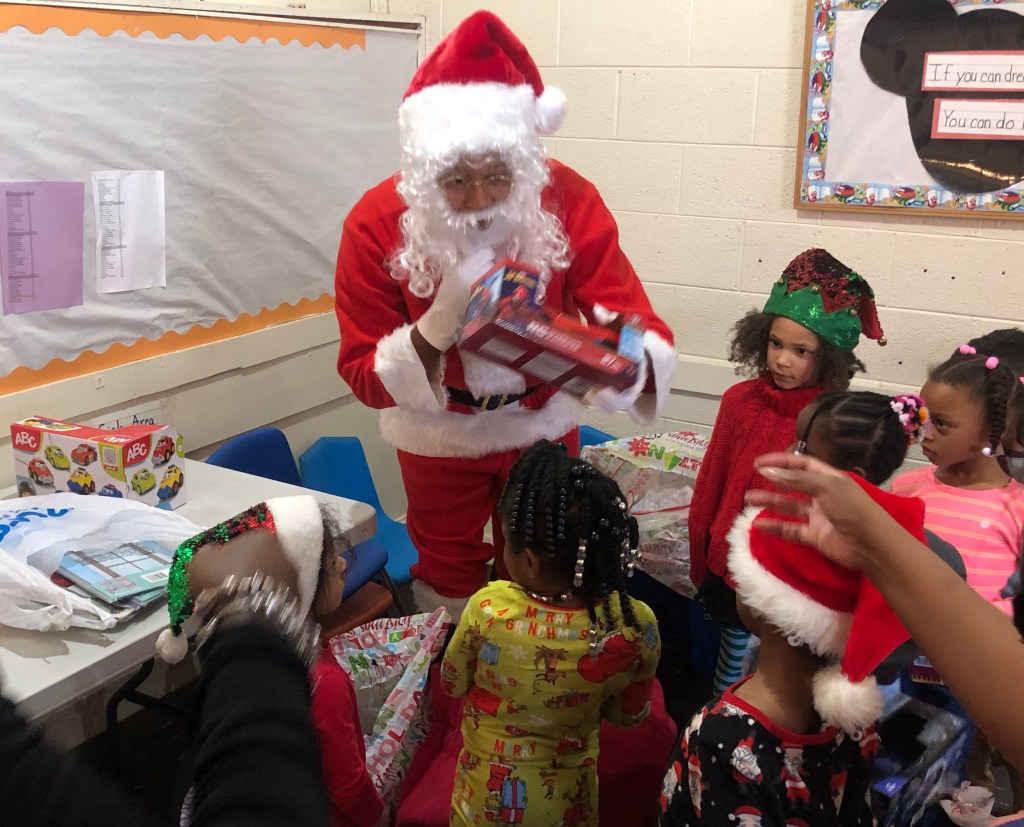 Kids gather around Santa's sack of presents to pick out their gifts.

SALISBURY — Santa Claus appeared with a sack full of toys last Friday afternoon at The Price Head Start Center to hand out small gifts to students before Christmas day.

Santa handed out the surprises to several classes at the center. The gifts included toy cars, action figures, dolls and toy instruments.

David Houston and his family bought all the gifts, and Houston even went the full measure by dressing up as Santa. Houston grew up in Salisbury and now has a non-profit organization called BOND, Building Our Nation’s Dads. He knows the value of giving back and felt like doing it in his hometown would mean more.

“Growing up in my community, I really didn’t see anybody giving back the way this is happening for me being able to do this. We used to hear about Santa, but there were no images, not unless it was on TV. I figured the best way I could do my part was to come on behalf of my organization and try to do something positive,” Houston said.

During the holiday season, Houston said kids are the priority. They need to feel seen, and to provide some small gift all their own is incredible.

“It’s the most joyous feeling to see a child light up after receiving a gift, and it’s always a blessing for him to come here and do this for our children,” Dione Adkins, executive director for the Salisbury Rowan Community Action Agency, said. 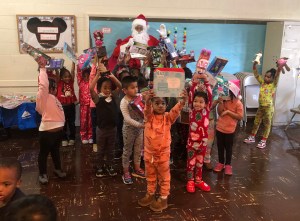 All the kids hold up the gifts that they got from Santa. 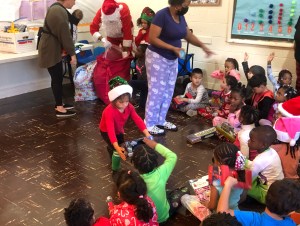 “Santa’s Little Helpers” were there to pass out presents.