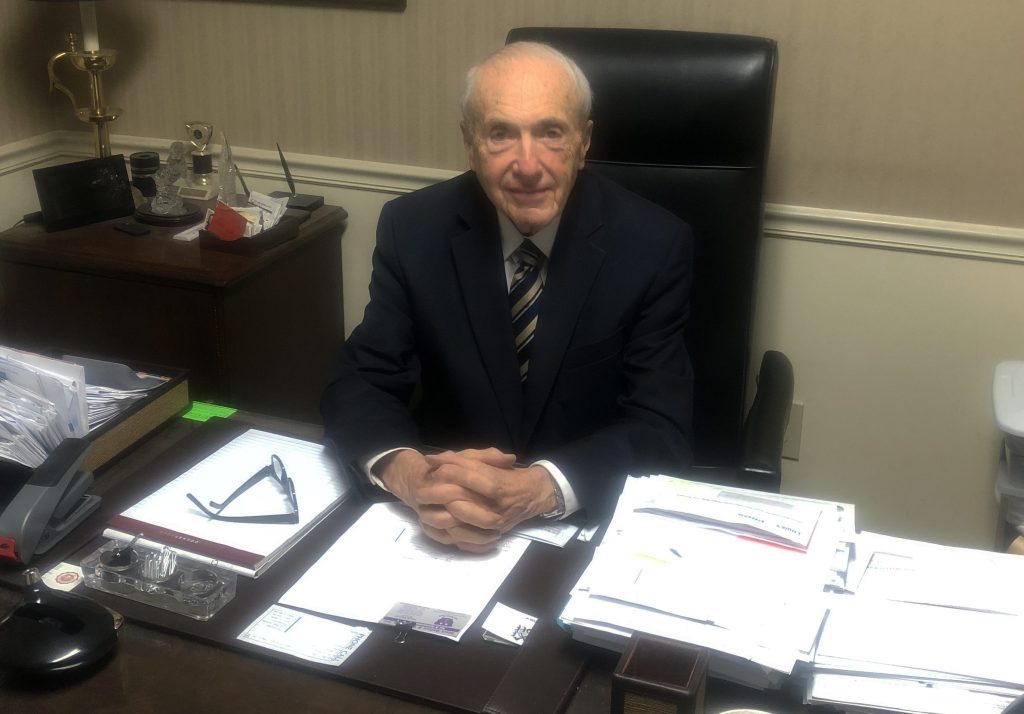 Vick Bost said he also met Ralph Nader. 'Real tall, his hands are real big and he's always on the phone. Hardly can say a word without it,' Bost said. Brad Dountz/Salisbury Post

SALISBURY — Vick Bost has been practicing law for over 50 years. Especially for people who haven’t been alive for five decades, Bost’s level of dedication to serving justice and holding up the law is inspiring.

Both of Bost’s parents were schoolteachers, but being born in an academic family still didn’t guarantee he would be a valedictorian. He struggled in school, but eventually got his act together when he enrolled in Catawba College and later UNC Chapel Hill. After getting his bachelor’s degree, Bost decided to get his law degree and his master’s in English simultaneously in the mid 1960s at UNC. His aunt and uncle each practiced law and it seemed to rub off on him.

“I liked the public speaking of it,” Bost said. “It was kind of a tradition there.” His master’s thesis was entitled “Daniel Defoe’s use of Dr. Nathaniel Hodges’ Medical Treatise in ‘A Journal of the Plague Year'” or in layman’s terms “How People Behave in a Pandemic,” which was quite ahead of its time back in the 1960s.

Bost had quite a bit on his plate. Bost claims law school was more grueling when he was there than it is now.

“They told us, ‘Only half of you are going to get a degree.’ There were cutthroat, you couldn’t leave your notes out on the table and get some water, you’d come back and they be gone. It was done on the bell curve, somebody had to fail. There were fights and everything. You couldn’t go into the restrooms at the law school, the smell was so bad before the exams,” Bost said.

After acquiring his degrees and getting married, Bost found his way to Clemson University where he taught and was the assistant to the vice president. It was during this time he wound up in charge of the rock concert contracts for Littlejohn Stadium in the early 1970s where he came across some legendary characters.

Bost has nothing but kind things to say about Alice Cooper’s snake: “That was a handsome animal. Listen, it wasn’t slimy at all. It was a beautiful animal,” Bost confirmed.

Tina Turner blew him away. “She was all over the stage. She had on a white fishnet dress….God, was she something!”

Other artists he worked with were Leon Russell, James Taylor when he just married Carly Simon, The Beach Boys, (“They hardly drew anybody at all.”) Edgar Winter, Jethro Tull, The Allman Brothers Band, Sly and the Family Stone — who didn’t show up to the show. Bost had an idea for a very big act that was in town.

“I wanted to do Mick Jagger and The Rolling Stones put it in the football stadium Death Valley and put the stage in the center and we’d rent the police department for 20 miles around directing traffic.”

It appears they got his message eventually. “I had it planned and everything else and they didn’t do it. Twenty years later, they did it,” Bost said.

The celebrity that truly stood out to Bost was Jane Fonda, who came to Clemson to speak about the Vietnam War.

“The one statement she said, and nobody disagreed with her. She said, ‘In a relationship between a man and a woman, if it’s equal the relationship is better for both.’ ” A self-described “film buff,” Bost got a chance to ask Fonda what her favorite movies were at the time, she said “Dr. Strangelove” and “The Battle of Algiers.”

One day on a fateful trip to the bathroom, Bost ran into the Clemson VP who told him about a vice president of student affairs opening at Catawba College, which he applied for and was offered the position. To this day, Bost doesn’t think he left very much of a mark on his students: “Those students didn’t listen to a thing I had to say.”

In 1977, Bost started his own firm in Salisbury while still teaching at Catawba and soon transitioned to practicing law full time. Bost practices family and bankruptcy law where he has had two cases heard before the N.C. Supreme Court and won a case in the Court of Appeals.

“I’ll never get over butting heads with my fellow attorneys, we’re all friends, but we fight like gladiators when we’re in court. In family law, there’s nothing worse than a custody case, it brings out the worse in people, everybody. It’s awful, but there’s a need for it. What’s in the best interest of the child,” Bost said.

Just like following in his family’s footsteps with teaching and law, Bost’s own kids have gotten into the family business, too. Two of Bost’s three children, William and Victoria, work with him at their firm.

“The idea was that they would do all the work and I, of course, would get all the money. But it’s been the other way around, neither one are here today,” Bost jokingly said.

Kidding aside, Bost loves working with his kids and thinks it brings a unique perspective to working on cases together.

“It’s great, it really is. We can compare notes, discuss things and work together. You can’t beat that. That’s the thing about a family law firm, you may have one of us being responsible for a particular case, but the others can be used as a sounding board and contribute.”

Through the years, Bost has done so many things that he never would have dreamt of when he was growing up and not sure if he’d be able to graduate or not. He is grateful for the seemingly random choices and encounters he has had that got him to where he is today. He’s still full of energy, but satisfied with all that he’s accomplished.

“That’s the one thing about the law degree, it leads you along different paths and different interests.” 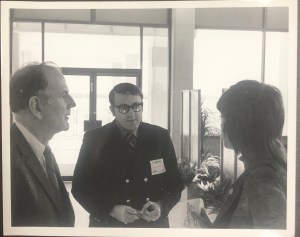 Bost in his younger days with Jane Fonda. 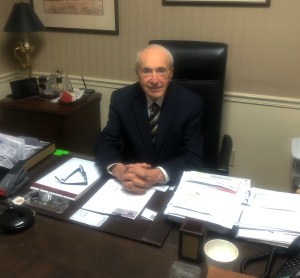 Bost said he also met Ralph Nader. “Real tall, his hands are real big and he’s always on the phone. Hardly can say a word without it.” 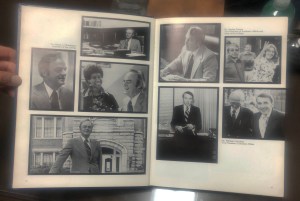 Bost shared this yearbook back when he was a VP for Catawba College in the 1970s. 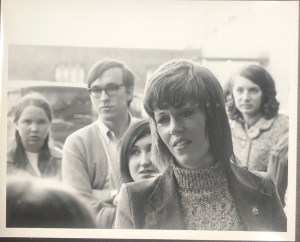