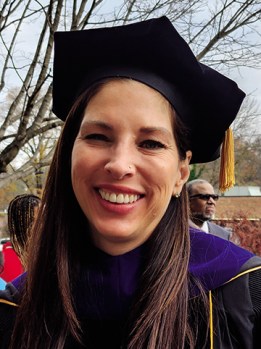 Dr. April Waddell Messer of Asheville, NC, graduated from the University of North Carolina at Greensboro on December 8th, 2022 with a doctorate in Nursing (PhD.)

April is the daughter of Penelope Junge Plyler and the grandaughter of the late John and Nonnie Waddell, and the late Vanderhiden Junge and Anne Junge Stark.

April is a Professor and serves as the Associate Director of Nursing at Western Carolina University.