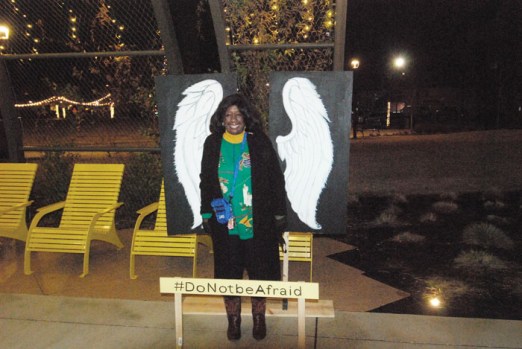 The Christmas on Church Street event was held at the Bell Tower Green on Friday night in Salisbury. Chandler Inions / Salisbury Post 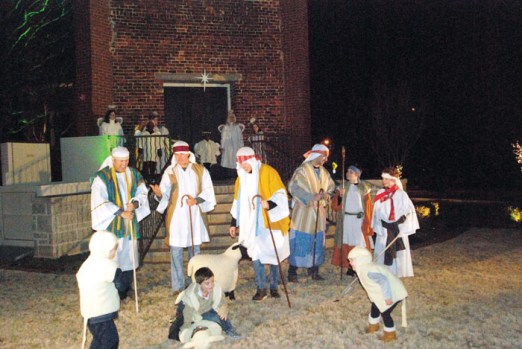 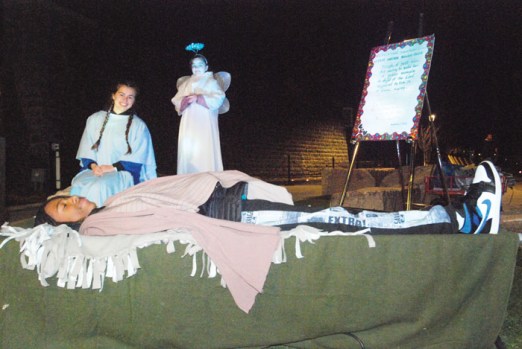 Xavier Cross, foreground, and Maggie Cross, and Makayla Williams act out the scene in which Joseph learns from an angel that Mary is pregnant with the child of God. Chandler Inions / Salisbury Post 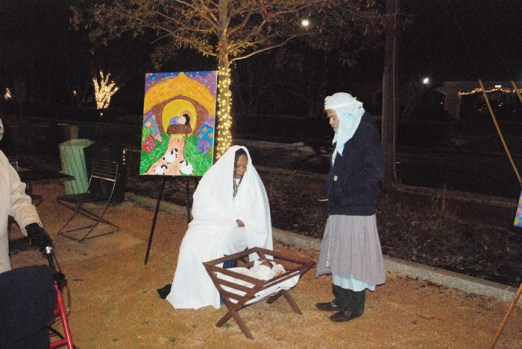 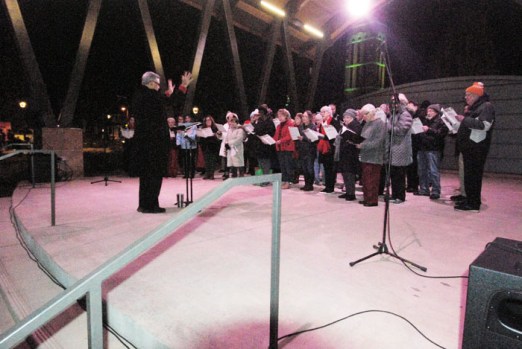 SALISBURY — Christmas came to Salisbury on Friday night as several local churches delivered a real-life nativity tour through Bell Tower Green.
The city-wide partnership brought 10 churches together, each recreating a famous scene from the Christmas story.

“First of all, this represents the birth of Christ, but another piece of it is bringing together the African-American and white communities,” Dennis said. “As most people know, the most segregated time in America is on Sunday morning, but we have come together because we all believe in the same Jesus, the same Holy Spirit and the same God.”

Dennis indicated that it is important to have joint moments like the one in the park because it builds a yearlong sense of togetherness.

“(This event) brings the pastors together and the parishioners,” Dennis said. “I think it is a starting point that can grow within the Salisbury community. That is one of the objectives to make sure we are aligned and growing together.”

Dennis’ church and First United Methodist partnered to recreate the scene where Joseph was visited by an angel and informed of the immaculate conception.

“Joseph was dreaming, and God told him to accept that that which is in Mary is of the Holy Spirit,” Dennis said. “In the dream, God speaks to Joseph, and he accepts the birth of the baby.”

Along the footpath at the park were other scenes from the Christ story.

Rev. Lori Carter of St. John’s Lutheran Church explained the significance of the Magi, which was the scene her group created.

“If you study this passage of the scripture, it never records any of the words of the Magi, but it records their reactions,” Carter said. “It’s a very long story of a cruel king who was threatened by the baby Jesus and sent out an edict that all newborn babies born within a certain time should be killed. They knew he was corrupt. They had to see him before they left, but they tricked him. When they went back to where they came from, they went a different way, and that is how Jesus was spared.”

Just down the walkway from the Magi scene was the famous manger setting. Rev. Dr. Derrick Anderson of Soldiers Memorial A.M.E. Zion Church shared the symbolism behind that passage.

“A manger is actually a feeding trough for animals which represented his humble beginnings,” Anderson said. “He is a king, but he didn’t come in the royalty of the world. He came in a simple, lowly manger. This reminds us that the Lord loves everybody, so that is the importance of this scene.”

For Anderson and his congregation, the Christmas on Church Street event has been a way to re-acclimate with other people after COVID forced so much separation.

“I think it is significant during this period of time, coming out of COVID, and maybe still being in COVID, where people have been isolated for so long,” Anderson said. “We tried to continue our fellowship. It’s always good to see each other’s faces and be present with one another. This is a time of fellowship. It is a time of people coming together and putting emphasis on love.”