College football: New Catawba coach has a lot going for him 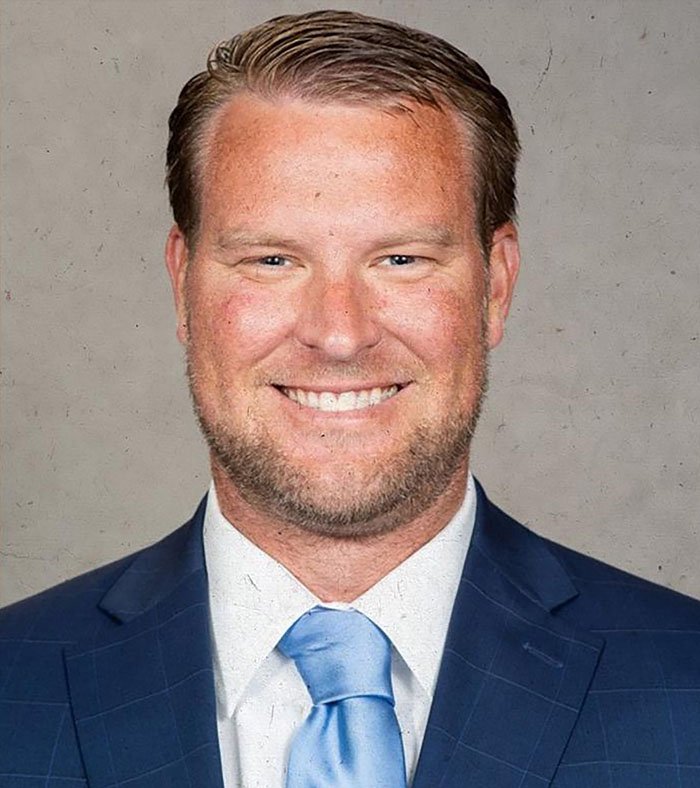 SALISBURY — Roughly one in a thousand citizens of Salisbury — with those being diehard Division II football fans — had heard of Tyler Haines before he was announced as Catawba College’s new head football coach on Thursday.

AD Michelle Caddigan and the Catawba search committee vowed to explore far and wide to locate the next coach, and apparently they did just that.

The search committee broke with tradition. Normally, when the Catawba Indians name a new head football coach, it’s someone everyone in town already knows.

Now Haines is that guy that no one knows, but everyone wants to know about. Walk into a barber shop or restaurant in Salisbury and someone will ask you who Haines is.

The good news is Haines has an awful lot going for him. He checks a lot of boxes.

He played the game back in the day and played it well.

He’s moved around a lot, like most coaches, but he’s also shown he’ll put down roots and become a pillar of the community. He’s had some five-year stops on his way up the coaching ladder.

Haines most recently was at Shepherd University. He was offensive coordinator for a dynamic, exciting team that went 13-2 and reached the Division II semifinals. Catawba fans want offense. Shepherd had offense. Four of Shepherd’s offensive players have made All-America teams. It’s impressive that both Shepherd’s quarterback and running back were All-Americans who posted crazy stats.

Haines is a family man, and Catawba likes that. Like the Walkers, the Hesters and the Bennetts before him, he and his wife (Logan) and kids (three daughters) will provide photogenic Christmas cards for everyone on their mailing list. It’s a family portrait that will project the wholesome American values that Catawba cherishes.

Haines has plenty of hair and smiles a lot, but he doesn’t look like a guy who wants to sell you a time share you can’t escape or a rattling used car. He looks like a guy you could trust your son to play for.

No one can possibly be an expert at everything, but Haines is praised by everyone as a strategist, as an organizer and as a recruiter.

The recruiting aspect is critical because Catawba desperately needs players, not just warm bodies but student-athletes who can compete with Wingate, Lenoir-Rhyne, Mars Hill and Newberry. Haines is well-versed in using the transfer portal to attract qualified help.

Catawba was pretty darn good under head coach Curtis Walker in 2015 and 2017, but the Indians have struggled mightily in recent years.  Catawba is 4-28 in the South Atlantic Conference during the last five seasons, including two in which COVID did its share to batter the program. Haines comes to town with the program at low tide, with his work cut out for him.

Haines is used to sweat and work. He is a product of Middle America. His roots are in western Ohio.

Haines’ father, who passed away in 2020, was a sergeant in the Air Force. He went to work in a Honda America plant after his discharge.

Haines’ dad loved football and his two sons were raised as football players in Piqua, a town of about 20,000. The closest city to Piqua (pronounced Pik-wa) is Dayton.

Haines played baseball and basketball in high school, but football was the sport he was passionate about. He played on both sides of the ball for the Piqua Indians — yes, the Indians — and was the quarterback on offense and a standout as a linebacker on defense. He played on winning teams and received conference and regional honors. He graduated in 2002.

Haines’ younger brother, Bryant, grew to 6-foot-5. He played Division I football at Ball State and is now the defensive coordinator at James Madison University. It’s a football family.

Tyler played linebacker for Defiance College, a Division III school that competes in the Heartland Athletic Conference.  Defiance is about 90 miles from Piqua.

He excelled on the field as a linebacker — 39 career tackles for loss, among other things. He captained the Defiance Yellow Jackets and was voted all-conference. He was a scholar who annually made the Dean’s List. He was a semifinalist for the Draddy Trophy, the “academic Heisman Trophy.” He graduated with a degree in integrated social studies.

Haines’ coaching career began back at Piqua High where he coached wide receivers and defensive backs for a year.

His first chance at college coaching came at Division III Adrian College in Michigan. He started out coaching special teams and linebackers, but in 2010, his third season at Adrian, he got a shot as the offensive coordinator and made a name for himself. One of Adrian’s early games in 2010 was against Defiance. Haines waved and smiled at old friends and then beat them 40-14 with nearly 500 yards of offense.

When Adrian won a conference championship, something that was highly unusual for Adrian, Haines was moving up.

In 2013, Haines was offensive coordinator and quarterbacks coach for IUP (Indiana University of Pennsylvania), a strong Division II program. Haines called the plays for an IUP team that averaged 36.4 points per game and went 9-2.

After two seasons at IUP, Haines got his first chance to be a college head coach at Division II Urbana University, known in Ohio as UU. Urbana was practically next door to Piqua, so it meant going home, but it also meant a serious rebuilding project. Urbana was bad, but Haines went to work, turned things around. During a five-year stretch, the program progressed from 2-9 to 7-4.

The graduation rate of Urbana football players improved from 72 percent when Haines took over to 100 percent.

Haines poured heart and soul into elevating Urbana from the doldrums and might still be there now if not for COVID.

COVID brought such financial hardship to Urbana that the school announced in April 2020 that it would be closing its doors for good at the end of the school year. Haines went quite suddenly from being a head football coach to being a coach without a school or a job. One day he was repairing helmets. The next day he was looking for work for himself and his staff.

Haines landed on his feet. He was hired by Baldwin Wallace, a Division III school in Ohio. Baldwin Wallace gave him an opportunity to be a defensive coordinator for the first time, and his two seasons there were a springboard for the opportunity to join the powerhouse Shepherd program as offensive coordinator and quarterbacks coach. Haines inherited a stellar QB Tyson Bagent — who won the 2021 Harlon Hill Trophy as Division II’s best player — and the rest is history.

A successful season at Shepherd has led Haines to Catawba, where he will be a head coach for the first time since his days with the Urbana Blue Knights.

He’s an experienced speaker to Rotary Clubs and the Kiwanis and that sort of thing, so he could be the perfect guy to re-energize support for the Indians.

Athletics are the front porch for every college, the first thing that a lot of people outside the college see. Football is the swing on that front porch, the most powerful marketing tool the school has for raising money and generating community support.

Haines’ hire is a really important one. Only time will tell if it was the right one for Catawba.