Pendergrass gave all he could to animals, citizens of Rowan County 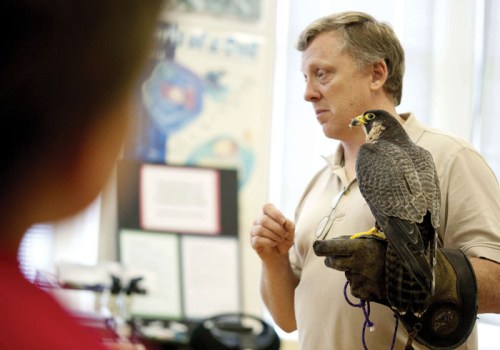 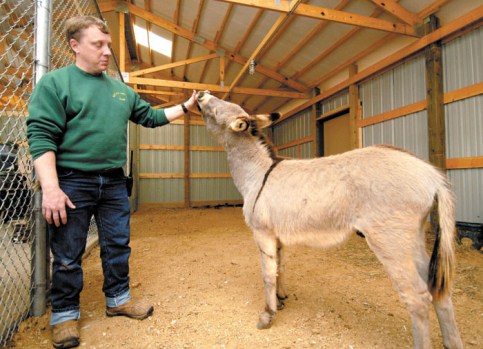 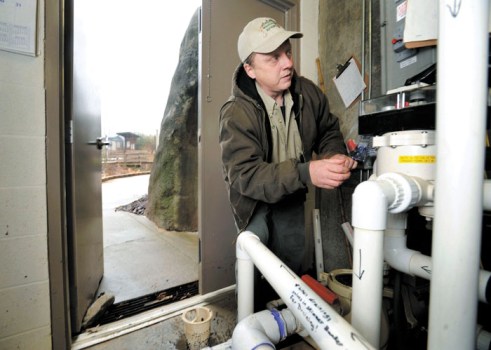 Dan Nicholas Park's Bob Pendergrass checks the filters on the pumps that fee the bear habitat at the Rowan Wildlife Adventures at the park. Photo by Jon C. Lakey, Salisbury Post. 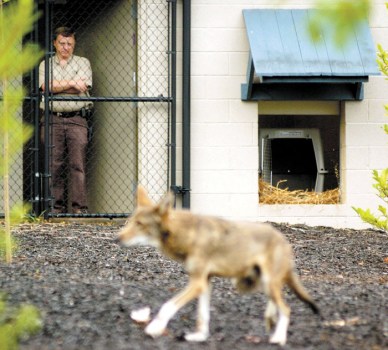 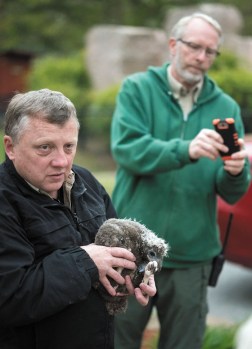 JON C. LAKEY / SALISBURY POST Bob Pendergrass holds the young bald eagle eaglet that was removed from the habitat at Rowan Wildlife Adventures in 2016. The eaglet was turned over to the care of the Carolina Raptor Center officials which will place the eaglet in an enviroment raise it to maturity and eventually be released in the wild.

It was with great interest that I read the well-written story by Charlie Drape (12/11/22) on the retirement recognition for Bob Pendergrass. I think Mr. Drape did a great job highlighting the event, and Commissioner Pierce articulated well the incredible job that Bob has done for the citizens and animals of Rowan County over the past 26 years.

However, I am compelled to share a few more thoughts on Bob’s retirement.

Calling Bob a dedicated county employee is like describing Michael Jordan as a “good” basketball player. It is absolutely accurate.

Bob has overseen remarkable improvements to Rowan County’s “animal services” in the six years he has served in this role. He has helped prevent the euthanization of thousands of dogs and cats by working tirelessly to improve facilities and build partnerships with animal adoption agencies.

But Bob’s dedication to the animals of Rowan County (and beyond) began much earlier than 2016, when he assumed this position.

I got to know Bob shortly after moving to Rowan County in 1999. He had been working with The Land Trust for Central NC on creating a new park (Eagle Point Nature Preserve) on High Rock Lake, and he asked me to join the county parks and recreation advisory board.

He warned me that he had an agenda: he wanted to improve the habitat for the two old bears, Nicky and Lollipop, which the county had been keeping in a large cage with a concrete floor at Dan Nicholas Park.

Although the habitat was legally compliant, Bob told me that he found it embarrassing, and he was committed to doing all he could to get these bears a decent habitat in which to live out the rest of their lives.

Fast forward a few years, and Bob had helped the then parks director Jim Foltz build a state-of-the-art facility for the bears, as well as a first-class nature education center for many other animals that could not survive in the wild. 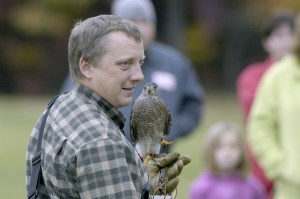 Many animals were rescued and given a decent quality of life thanks to the tireless efforts of Bob, who oversaw fundraising and development of the Rowan Wildlife Adventures (at Dan Nicholas Park). Furthermore, many thousands of students were able to fall in love with nature thanks to the many programs he personally gave or oversaw at the park.

And I cannot imagine how many Rowan County Boy Scouts had their Eagle Scout projects supervised by Bob… I know that it is many.

While overseeing the construction of the new Wildlife Adventures habitat, Bob worked with Foltz to develop Eagle Point Nature Preserve, and even took on fundraising for the purchase of Dunn’s Mountain, a third major park project he dreamed of for the citizens of the county. I do not want to take anything away from Foltz who also shared a passion for expanding the parks system, but there is no question that any-and-all things having to do with “nature” were delegated to Bob.

I saw Bob put together two large grants for the NC Parks and Recreation Trust Fund for Wildlife Adventures and Dunn’s Mountain. He worked nights and weekends to help raise millions of dollars for Rowan County Citizens (and animals) through grant applications and solicitation of donations. I honestly don’t think the man slept much for at least a couple of years. And I remember vividly hearing Bill Stanback telling me that Rowan County was “blessed” to have someone like Bob looking out for the least of God’s creatures.

Now that I think about it, I am not sure Bob has ever slept much.

And that is partly because of his role as an animal rehabilitator for the county. Bob never turned off his pager when I first knew him, and then later, his cell phone. He did not want to be unavailable when citizens, and animals, needed him. When he knew that he could not accept animals at Rowan County’s nature center for various reasons, he usually took them back to his basement and rehabilitated them himself until he could release them or find them another home.

I remember Bob driving animals to other states to find them caregivers so that they might have a chance to survive and return to nature. 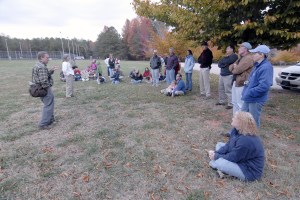 Bob, a leader in the N.C. falconry community, once told me that the ancient sport is built entirely on trust. The hawks can fly away at any time, he noted. They only return when they see themselves better off by coming back.

Since the moment he shared that, I realized that Bob lived his life entirely on that principle. One of the most humble persons one could ever meet, Bob always wanted everyone to be better off as a result of knowing or working with him.

Another of the underappreciated contributions that Pendergrass has made to the larger world has been his insistence that Rowan County should be a part of the red wolf recovery program. As the number of red wolves worldwide plummeted to a few hundred, the only hope to save this species from extinction was to try to propagate red wolves in captivity and release them into the wild. North Carolina is home to the last public lands in America that supports the effort to save this majestic species. Bob realized that we could be a part of the highly regulated program to care for the last few red wolves left in the world, and he oversaw the development of the Wildlife Adventures habitat for red wolves to ensure that Rowan County could do its part to help give them a chance for survival.

Thanks to Bob’s efforts, as well as those of fellow Rowan County naturalist Megan Cline, more than a half dozen wolves have been born in Rowan County and released into the Alligator River National Wildlife Refuge. Currently, there are only a couple dozen red wolves believed to be living in the wild.

It is a truly remarkable story, and one that Bob likes to give credit to everyone else for. But I know for a fact that these wolf pups likely would not have been born, or survived, or been released into the wild were it not for Pendergrass. Literally, the extinction of an iconic American species has rested on Bob’s remarkable commitment to working crazy hours for modest pay, but he relished the opportunity to make a difference.

(And if you ever want to hear a great story, ask Bob about the time the red wolves escaped from Dan Nicholas Park in 2006. I literally don’t think that Bob slept for four days while he chased those wolves across Rowan County.)

There is still a question as to whether the red wolf will hang on in the wild. It may well be too late. The political, economic and natural forces working against the red wolf are pretty daunting. But if they don’t make it, it won’t be because Bob didn’t give them everything that he had.

I could go on — about Bob’s role in saving Spencer Woods park, or advocating for land conservation from Alcoa, or relocating snakes to friendlier pastures.

But I have probably already exceeded the Salisbury Post’s generous space allocation for me to share these thoughts.

So I will end with this.

Freedom means a lot of things to each of us.

To Bob, it is a bald eagle that he helped set free six years ago. “Freedom” was born to two eagles (“Liberty” and “Justice”) living at Rowan County’s Wildlife Adventures. (Eagles to whom Bob had given quality habitats).

Not so long ago, these majestic creatures were also on the cusp of becoming extinct.

Today, there are likely several hundred thousand bald eagles in the wild. They have been “de-listed” as an endangered species.

“Freedom” has flown all over the eastern seaboard. Many thousands of miles, in fact. His electromagnetic collar stopped working a couple years ago. But before it did, Bob Pendergrass watched him soar from afar.

And I hold out hope that red wolves will someday overtake coyotes as top predators in Piedmont North Carolina, because Bob gave them every best chance for survival.

Thanks for your service, Bob.

Jason Walser is the vice president of Bell Tower Green, Inc, and executive director of The Blanche and Julian Robertson Family Foundation.