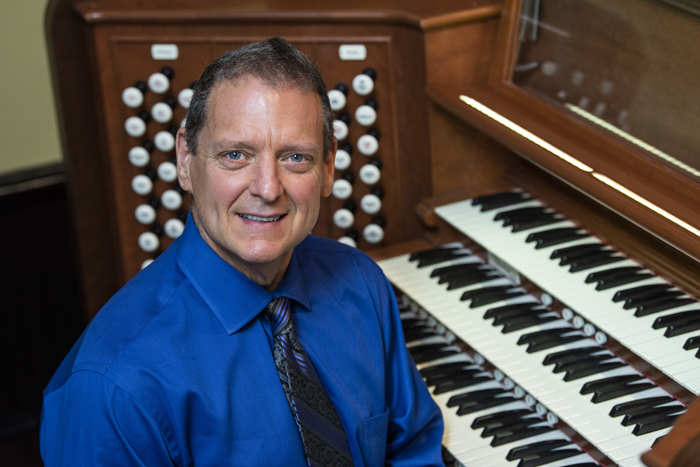 SALISBURY — Organist Stephen Williams has given the same Christmas gift for over 30 years. A nationally recognized church musician, he began offering Organ Noëls in 1985 at First Presbyterian Church in Washington, New Jersey, while a student at Westminster Choir College.

Called “Christmas Day Organ Recital” for the first three years, Organ Noëls began as an opportunity to show off a new organ at First Presbyterian, along with a desire to play organ music that would otherwise probably never see the light of day, and, most importantly to offer a musical gift to a community that just might need a moment to relax and ponder the season. With an immediate popularity, it quite naturally and easily became an annual event. In addition to First Presbyterian, it also found a home at St. John’s Lutheran Church in downtown Allentown, Pennsylvania in 1990, Cathedral Church of the Nativity in Bethlehem, Pennsylvania in 2014, and now at St. Luke’s Episcopal in Salisbury.

It is believed to be the longest running annual concert of organ music on Christmas Day. Williams said he “continues to be thrilled for the opportunity to share such wonderful music during this very special season 30-something years later.”

The program will include arrangements of familiar seasonal tunes such as “Pat a Pan,” “Greensleeves,” “Fum, Fum, Fum” and “Joy to the World” as well as lesser known noëls from French composers of the 18th, 19th and 20th centuries.

Organ Noëls will be presented on Christmas Day, Dec. 25, at 3 p.m. at St. Luke’s Episcopal Church, 131 W. Council St. The concert is free and open to the community. A hot chocolate reception will follow. For more information, visit www.SLS.church, email swilliams@SLS.church, or call 704-633-3221.