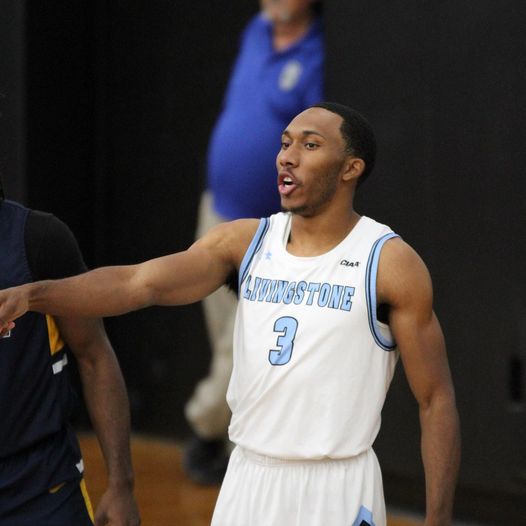 SALISBURY — Livingstone lost a men’s basketball game on Thursday that would make a strong man cry.

The Blue Bears fell 75-73 in overtime to Bowie State in the CIAA opener for both teams.

Bowie State (3-9) hadn’t won a game since Nov. 21 and had dropped six straight, but the Bulldogs got well at New Trent Gym against the cold-shooting Blue Bears.

It really should have been seven losses in a row for the Bulldogs, but Livingstone (4-6) could only muster two points in the last six minutes of regulation and watched a 64-57 lead slowly evaporate in front of 255 fans.

Bowie State tied it at 66-all with free throws with 23 seconds left. Livingstone missed in the paint at the end of regulation to send the teams to an extra session.

Bowie State got a quick five-point lead in the overtime and held on. The Bulldogs made a free throw with 11 seconds left for a 75-73 edge, and Livingstone didn’t get a shot off on its final possession.

Mark Bradshaw scored 23 for the visitors and on a night when very few guys were shooting straight, he was a star. He shot 8-for-14, made four 3-pointers and scored 23.

Bradshaw got help from CIAA Rookie of the Week Jacory Wilkes, who scored 15 and had a pivotal three-point play in overtime.

Livingstone didn’t take advantage of a super effort by Detionne Leach,who had 22 points on 10-for-13 shooting and 14 rebounds.

Leach was the only Blue Bear in double figures.

Livingstone’s 39-percent shooting night, included dismal 1-for-14 accuracy from 3-point range. That was the key stat in the game.

The rough shooting night neutralized Livingstone’s edge on the boards.

Both teams turned it over way too much. They combined for 50, with the Blue Bears throwing it away 26 times.

Livingstone will look to bounce back Saturday at 4 p.m. when the Blue Bears host Lincoln in a Community Day game.