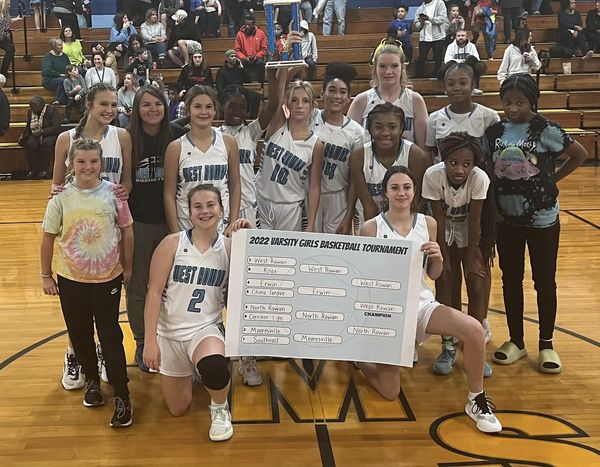 Livingstone freshman DB Kevin Larkins Jr. has been named HBCU Rookie of the  Year by BOXTOROW.

Larkins picked off eight passes and returned them for 161 yards. He had one pick-six and 32 solo tackles.

North Hills  will play in a Christmas tournament hosted by Northside Christian, taking on Northside on   Dec. 28 and  St. Joseph’s Collegiate Institute out of Buffalo, N.Y., on Dec. 30.

West Rowan’s girls added the conference tournament championship to their  regular-season title and had an undefeated season.

The two-time All-America is a four-time South Atlantic Conference Defensive Player of the Year,

Beck was the only player from the SAC to garner All-America honors.

Philadelphia’s Javon Hargrave (North Rowan) has eight sacks this season and 34.5 for his seven seasons in the NFL.