‘Anything you put your mind to’: Livingstone graduates reflect on their personal journeys 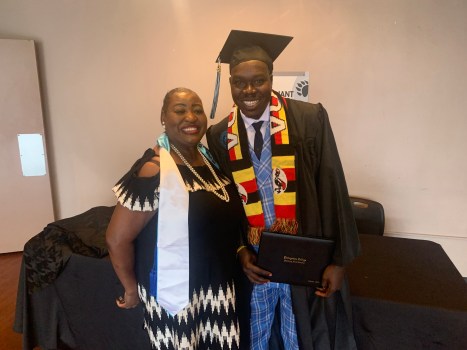 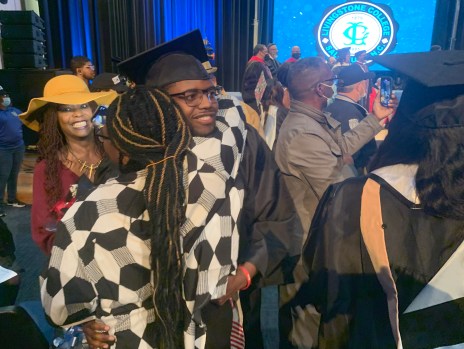 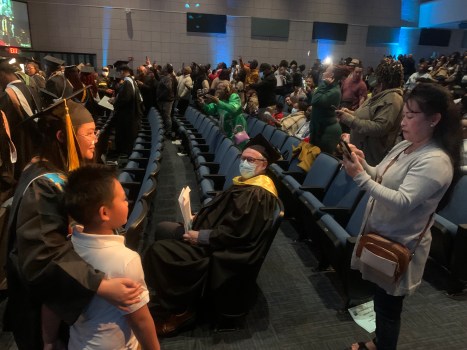 May Yeng, left, and her son, Kyan Lor, smile for a photo from Yeng's mother-in-law Kia Vang during the Livingstone graduation ceremony on Friday. - Chandler Inions 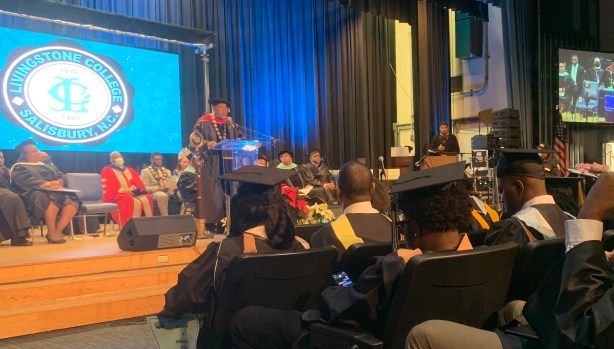 SALISBURY — Students at Livingstone College turned their tassels and became graduates during their December commencement ceremony on Friday. For a few graduates, the milestone marked the end of unexpected journeys.

Tonya Lee Brown grew up in foster care. The 53-year-old from Florida escaped an abusive mother and became an educator in Duval County, where Jacksonville is the county seat.

“I want to let children know that no matter what your background is, whether you have been abused or been in foster care … that you could do anything you put your mind to,” Brown said.

Brown learned about Livingstone College when her former college president, Dr. Jimmy Jenkins, presided over it.

“(Jenkins) was my college president at Edward Waters College in Jacksonville, Florida,” Brown said. “He really inspired me when he was there.”

The English degree that Brown received on Dec. 9 from Livingstone was her second degree. She earned her first in elementary education while studying in Florida. Throughout her career, Brown has worked as a recruiter in Florida for Livingstone College.

“I have recruited over a thousand students or more over the years (to come to Livingstone),” Brown said. “If you are going to recruit for a school, you need to get to know it.”

When Brown graduated, she did so with four individuals that she had recruited to Livingstone College, some of whom she had previously taught while in Florida. Brown indicated that it was rewarding for her to be involved in more ways than one.

“That was a very special, special time,” Brown said.

Coline Ajidra hails from Uganda, where he was a competitive golfer.

“In 2016, one of my teammates (on the Uganda national golf team) applied to Livingstone,” Ajidra said. “In 2017, he got to the US. We are from a place where people don’t believe just because they haven’t seen. When he came here, he did extremely good. He was a 4.0 graduate. And he was averaging 73 on the golf team. The coach asked if he had any teammates who could play back home.”

Coming to the U.S. was not something that Ajidra had in mind. However, when he learned about the opportunities for golf that it could provide, he jumped at the chance.

“I wouldn’t say it was a dream of mine to come to the U.S., but when I joined golf, I started to see the benefits,” Ajidra said. “I am very competitive and take everything I do seriously. In a short period of time, I started being successful at the game. Once you start playing at a high level of competition, you start to see the possibilities of where you can go.”

Seeing his friend be successful at Livingstone only sealed the deal for Ajidra.

“He gave me an eye opener that I could be like him,” Ajidra said.

Now, Ajidra is a college graduate with a degree in business and a concentration in economics.

“I am so fortunate and lucky to already have a job in Palm City, Florida, where I will run a golf course,” Ajidra said. “Golf is what made me. Without golf, I would not be here. So it was the perfect environment to get a job in the field I love.”