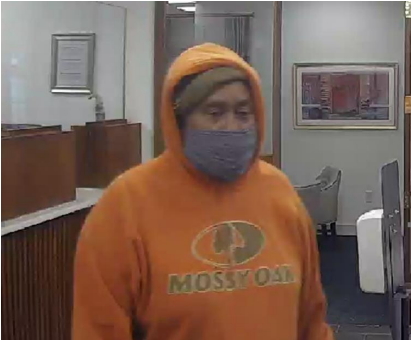 The individual pictured is suspected in the F&M Bank robbery from Tuesday at the branch on Jake Alexander Boulevard.

SALISBURY – The Salisbury Police Department has released an image of the man who allegedly robbed the F&M Bank branch on Jake Alexander Boulevard on Tuesday afternoon.

Anyone with information that might lead to the arrest of the individual is encouraged to contact Sgt. J.D. Crotty of the Salisbury Police Department’s Investigative Division.

A bank robbery was first reported around 4 p.m. SPD reports indicated that no weapon was displayed during the commission of the robbery.

At 5:13 p.m., SPD confirmed that the area around the bank secure. Lt. Andy Efird, of the SPD, was at the branch and said no one was injured during the robbery.