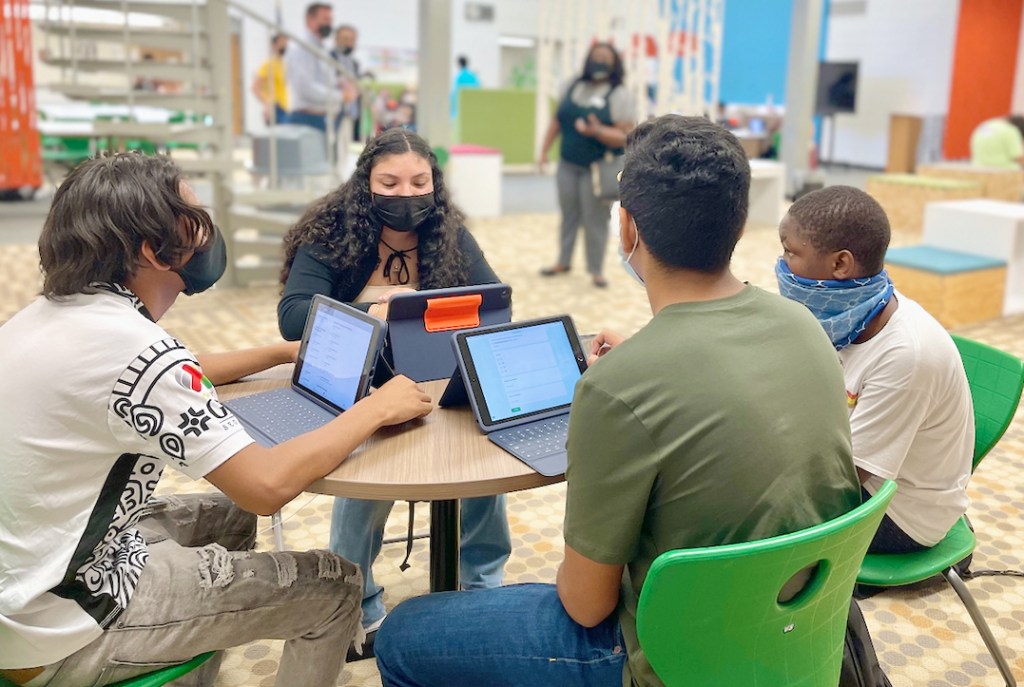 A new lease with Apple will keep students in Rowan-Salisbury School equipped with a personal device, but it is going to cost the district nearly $12 million. - Submitted

SALISBURY — Eleven and a half million dollars sounds like a lot of money, but for a district the size of Rowan-Salisbury Schools, it’s the cost of keeping devices up to date for students.

During its regularly-scheduled monthly meeting, the Rowan-Salisbury Schools Board of Education agreed to the $11.5 million three-year lease for electronic devices for staff and students. It will now require a budget resolution from the county commissioners.

Dr. David Blattner, the RSS senior information officer, indicated that while Apple Macbooks cost more than competitors on a per-unit basis, they hold their value longer and are worth more on the resale market.

According to Blattner, the savings on the back end amount to $1.7 million.

“For this lease, we are recommending that we continue with iPads for grades K-8, iPads with keyboards for grades 9-12, and a MacBook and iPad for teaching staff,” Blattner said in a memo to the board.

Rowan-Salisbury Schools has a one-to-one program to ensure every student has a device.

“We recommend the purchase of the items in the attached quote that include 20,060 iPad tablets, 1,900 MacBook Air laptops, and 500 Apple TV devices,” Blattner said.

The purchase would also include services and AppleCare coverage.

“There are a lot of staff and students that this goes to serve at the school level. (We aim to have) enough devices on hand that if one breaks, we can quickly swap it out, so a student is not left without a device, waiting for it to be repaired.”

Blattner explained that the cost represents a biannual savings of $148,997 per payment.

The school district charges a per-student fee of $25 for using the devices. With 18,000 students in the district, nearly $450,000 is collected per year in user fees.

Blattner indicated that those fees go towards maintaining the one-to-one program and that whatever is left over will be used to pay the overall cost of the devices.

Although five board members voted for the lease, Sabrina Harris and Alisha Byrd-Clark voted against it.

After the meeting, Byrd-Clark indicated that she was not opposed to upgrading the devices that the students and faculty use, but she questioned whether the money could be used for something more pressing to the district.

According to Blattner, trying to get extended life out of the devices significantly impacts their resale value since the warranty coverage is only three years.

For additional RSS Board of Education coverage, check out the Education Page in Thursday’s Salisbury Post.