Francis Koster: Earth heating up like inside of car left in sun 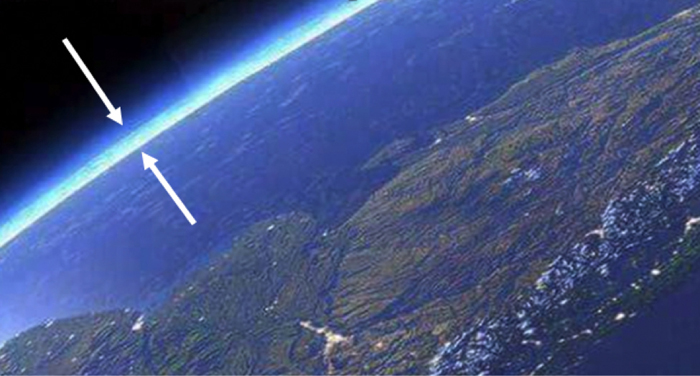 More than several thousand pets had to be rescued from overheating cars parked in the sun this last year, and another 51 died, according to the leading animal protection organization, PETA.

In almost every case, their adult was stressed, and balancing a number of issues. They put their pet in the back of the car, drove to their destination and underestimated how quickly the car would heat up to dangerous levels (around 15 minutes in some circumstances). In many cases, observant by-passers saw the rising danger, and were able to save the pet.

In too many others, the car heated up, caused the death of the loved pet, and huge guilt and mental distress to the owner.

It may surprise you to learn that one thing that contributes to this tragedy is the color of the car that the pet was left in. If there were two pets in identical cars, one painted black and one painted white, the black car would heat up quicker, get about 17 degrees hotter and the pet would die quicker than the pet in the white car.

Did you know that we are essentially painting our planet black by releasing gases that trap heat just like black paint? By now you have heard a lot about the increasing amounts of “greenhouse gases” being released by cars, industry and electrical generation. What you probably do not know is that these gases do not float up, up and away. They stay in a layer close to the earth’s surface — and warm our entire planet, like black paint on a car.

This layer averages only around 36,000 feet thick. The top of that layer is roughly the same height above the earth that you flew in your last airplane ride. When you were looking out the airplane window, you were looking at the top of the layer of climate-changing gases.

This layer (represented in white in the photo) is .0008% of earth’s diameter — thinner than wrapping a watermelon in cling wrap. This layer is like a blanket made from a lot of different chemicals. These modern chemicals are all around you. They are emitted by your car, your leaking refrigerator or air conditioning unit, or the gas pipe heating your home and water — and all of them keep concentrating into the same limited space, increasing the trapping of heat, and threatening the lives of people below.

One of the most challenging chemicals for our nation to control is the cooling gas that leaks from your air conditioning or refrigerators. These gasses are 2,000-3,000 times more climate changing than CO2.

There are only 212 coal-fired electrical generation stations in America, and all are regularly inspected. Enforcement action is taken by both federal and state agencies if pollution regulations are broken. On the other hand, there are 110 million households that have air conditioning, and nearly 100,000 K-12 school buildings, millions more businesses, retirement homes, office buildings and so forth. A different class of polluter, once a new air conditioning unit is installed and approved by local officials, depending where you live, there are weak or no legal requirements that they be inspected for leakage, and that the leaks be reported.

One creative group which is trying to solve this problem is The Environmental Investigation Agency, an independent non-profit organization. They did a wonderful examination of 45 grocery stores including Albertsons, Safeway, ALDI, Whole Foods, Costco, Kroger, Harris Teeter, Target and Trader Joe’s. More than half the stores investigated had refrigerant leaks detectable where customers shop. You can see a powerful report of their work by googling “Leaking Havoc.”

The EPA has proposed regulations that will require newly invented much less climate changing gasses be used in our new refrigerators and air conditioning equipment — but it will take decades for the replacements to occur. We do not have that much time.

If you want to help “make the invisible visible” we will loan you (for free) an easy-to-use meter that sniffs out leaks. You point it, listen to the beeps indicating a leak, and move the tip of the tube wherever the noise gets louder. Then you get the leak fixed.

Rescuing the future of our children from overheating of the earth can start by “making the invisible visible.” Just go to www.thepollutiondetectives.org, select “Borrow Pollution Detection Equipment” and fill out the form. Hurry.

Francis Koster lives in Kannapolis and is a retired pediatric healthcare administrator who runs a not-for-profit organization called The Pollution Detectives.