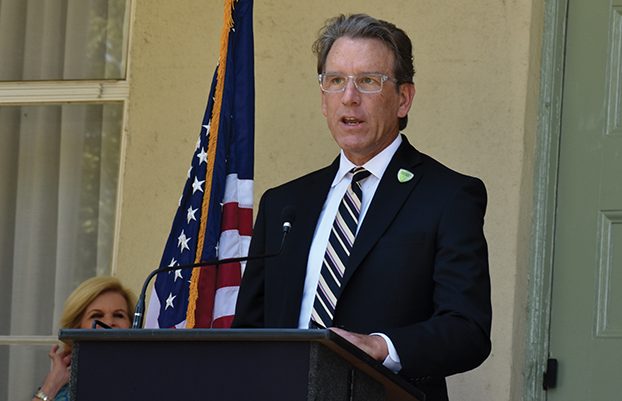 Their colleagues and family members looked on with pride speakers, including Judge Beth Dixon, detailed the years of service Brown and Eddinger put in. Each were given a special pen and pencil set made from the oakwood benches of the Rowan County Superior Courtroom.

Brown is the longest serving chief judge in North Carolina. He says he will miss the people that he worked with that shared his love for the law and penchant for due process.

“It’s a team that works to administer justice. So while there’s lots of different hats that are worn, the fact that there’s a professional and mutual respect for the different job descriptions, it’s all for a higher and noble purpose that is to equally apply the rule of law and to see that justice is done,” he said. “Thank you for supporting me, challenging me and making me a better judge. We may all play different and important roles, but we are all better, and our community is better, because we each contribute to the administration of justice.”

Eddinger said he was grateful for his time on the bench and has no regrets about his work and the effect he had on Rowan County and its citizens. 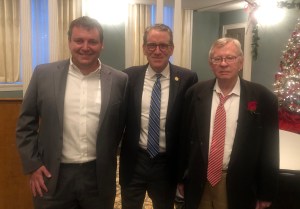 Judge Brown (center) says he will not miss “the revolving door of ADAs.” 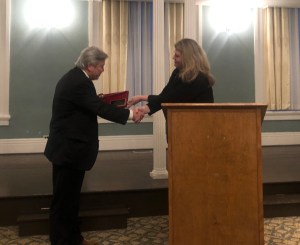 Judge Eddinger (left) and Judge Brown were each presented with their own plaque as a token for all their hard work over the years.