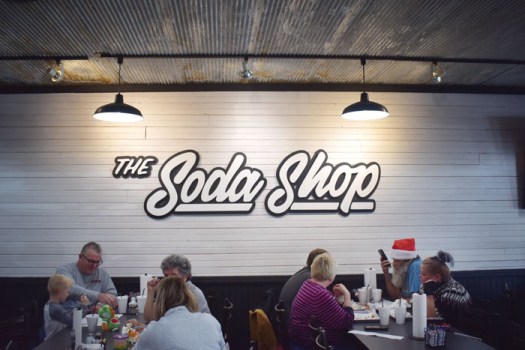 Customers in Faith enjoy the offerings at The Soda Shop. Charlie Drape/Salisbury Post. 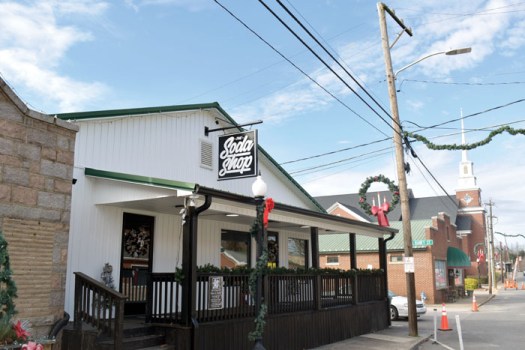 The Soda Shop in Faith has been in the community since the 1940s. Charlie Drape/Salisbury Post. 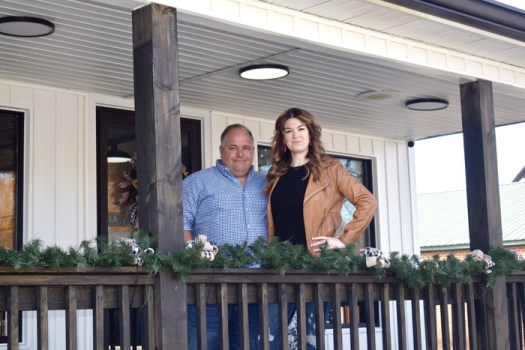 Blaine and Vanna Calloway are the new owners ofThe Soda Shop. The couple had a grand opening on Nov. 26. Charlie Drape/Salisbury Post.

FAITH — The Soda Shop has returned with a new look and new owners.

Blaine and Vanna Calloway have lived in Faith for six years. They held a grand opening on Nov. 26 with customers coming out to check out the new menu.

It wasn’t an easy journey for the Calloways.

In April of 2021, Vanna was in Rockwell on a grocery run when her car was struck by a semi-truck that ran a stop sign. Her car went under the truck’s trailer and was dragged for 600 feet before the truck driver realized what had happened. A neighbor who witnessed the crash called paramedics, saying he wasn’t sure if Vanna had survived.  She was airlifted to Carolinas Medical Center in Charlotte with extensive injuries, including a broken jaw, seven broken ribs, lacerations, missing teeth, damage to her vision and brain bleeding.

Blaine was at home when the couple’s daughter Kennedi, 11, realized that her mom should have been back. Kennedi used the tracking app Find My Friends and when the two looked at where Vanna was, they saw she was in the hospital. They drove past Vanna’s wrecked car on the side of the road.

Miraculously, Vanna survived. She spent nine days in the hospital recuperating, underwent vision surgery after six months, couldn’t drive for 11 months and is still in recovery for her traumatic brain injury. The couple went through litigation with the truck-driving company and got a settlement, which is when they started to think about how they could invest in their family’s future. A neighbor called one day and told them about the soda shop closing and suggested they buy the restaurant. They contacted the previous owner, Mike Reid, and set up a meeting.

“We met at Porky’s for lunch that day and within two hours we had bought the soda shop,” Vanna said.

The Calloways had dined in the soda shop before, but didn’t know much about the other features of the restaurant like the kitchen. When they came in to check out their new place, Vanna decided she wanted to completely remodel it. That raised some eyebrows in Faith since  the restaurant has been around since the 1940s and people were used to the way it looked.

“That was my thing, I wanted it to look different. I wanted it to be modern and I just wanted to change it up,” Vanna said. “I said we weren’t going to open until it was completely redone and that’s what we did.”

It took 61 days for the transformation to be complete. The couple redid the floors, bought new kitchen equipment and furniture, repainted and hung up a new sign outside.

The Calloways remain on their mission of bringing a sense of community back to Faith.

“We just want to bring life back to the community,” Vanna said. “I miss coming in here and eating. This is where you would see all the familiar faces, so right now that’s the biggest thing: the community.”