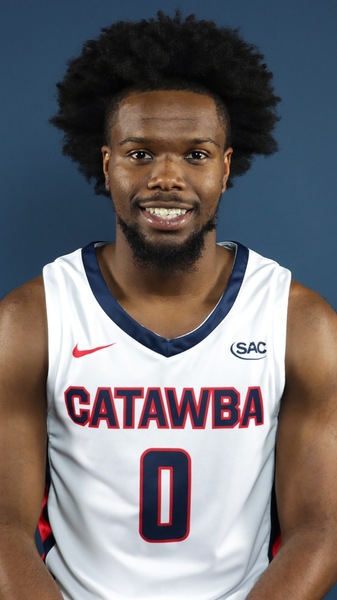 Brad Hinson will start work as  the new Rowan-Salisbury Schools Director of Athletics on Monday.

Hinson was the athletic director at Mount Pleasant  the last four seasons.

Prior to that he was at Cox Mill for 10 years, serving as basketball coach and AD.

He is a Wingate alum and a former football player for the Bulldogs.

He is married with a daughter and describes himself as a fan of the UNC Tar Heels and San Francisco 49ers.

Salisbury’s record-setting back JyMikaah Wells has been offered by Barton.

CHAPEL HILL — New Bern beat Grimsley 40-28 in a battle of unbeaten teams on Friday night to win the 4A state championship.

New Bern, a triple option team, did not attempt a single pass, but ran for 401 yards.

It was the seventh state title for New Bern.

RALEIGH —  The Mount Airy Granite Bears  rode a strong defensive performance to a 20-7 victory over Tarboro on Saturday to win the 1A state championship.

Tyler Mason carried 23 times for 139 yards and all three touchdowns for the Bears, who walloped North Rowan in the second round.

It was the seventh state title for Mount Airy, but the first since 2008.

RALEIGH — East Lincoln dominated the second quarter in a matchup of undefeated teams and beat Northern  Nash 30-15 on Saturday night for the 3A state title.

Tyler Mizell threw for 323 yards for the Mustangs, who won their third state championship.

Georgia’s Jalon Walker (Salisbury) was named to the All-Freshman team for Southeastern Conference.

NEWBERRY, S.C. — Javeon Jones hit a pair of free throws with three seconds left in overtime to lift Catawba to a 97-95 South Atlantic Conference victory at Newberry on Saturday afternoon at Eleazer Arena.

Newberry erased a 17-point deficit to get the game to overtime.

Jones scored the last points of regulation at the foul line with 24 seconds left.

Six players reached double figures for Catawba, led by Jones’ 22 on 8-of-11 shooting. He added five rebounds and five assists.

Peyton Gerald followed with 15 points.  and Adrian Scarborough totaled 14. Dre Nelson added a double-double of 13 points and 10 rebounds with Kris Robinson rounding out the starting five with 11 points.

Ray Kowalski picked up 11 points off the bench.

Catawba is at home on Wednesday, hosting Coker at 7:30 p.m. following the women’s game.

The Wolves (5-5, 1-1) outscored Catawba 12-0 in the stretch run as the Indians missed their last eight shots.

Newberry turned it over 29 times but out-rebounded and out-shot the Indians. Ericka Wisely scored 17 for the Wolves.

Bryanna Troutman (Salisbury) had 16 points and nine rebounds for Wingate in Saturday’s 78-74 win against Fayetteville State.

In a 78-63 loss to Greensboro, Hannah Isley (Carson) had eight points and eight rebounds for Pfeiffer.

Jaleiah Gibson (Salisbury) had three points and seven rebounds for the Falcons.

Pharoah Lassiter’s only bucket was a 3-pointer with three seconds left to play.

That shot lifted the Livingstone men to a 104-103 non-conference win at Anderson on Saturday.

Livingstone shot 48.5 percent, made 10 3-pointers and committed only nine turnovers.

Jailen Williams (Carson) had six points and eight rebounds as Claflin nipped Shaw 82-80 in a CIIAA game on Saturday.

The Board of Trustees at Catawba Valley Community College approved a reduction in force effective Jan. 1, 2023.

The school’s volleyball and cross country programs have been suspended. Winter and spring sports, including a very successful baseball program,  will have a 2023 season, but it may be the last one.