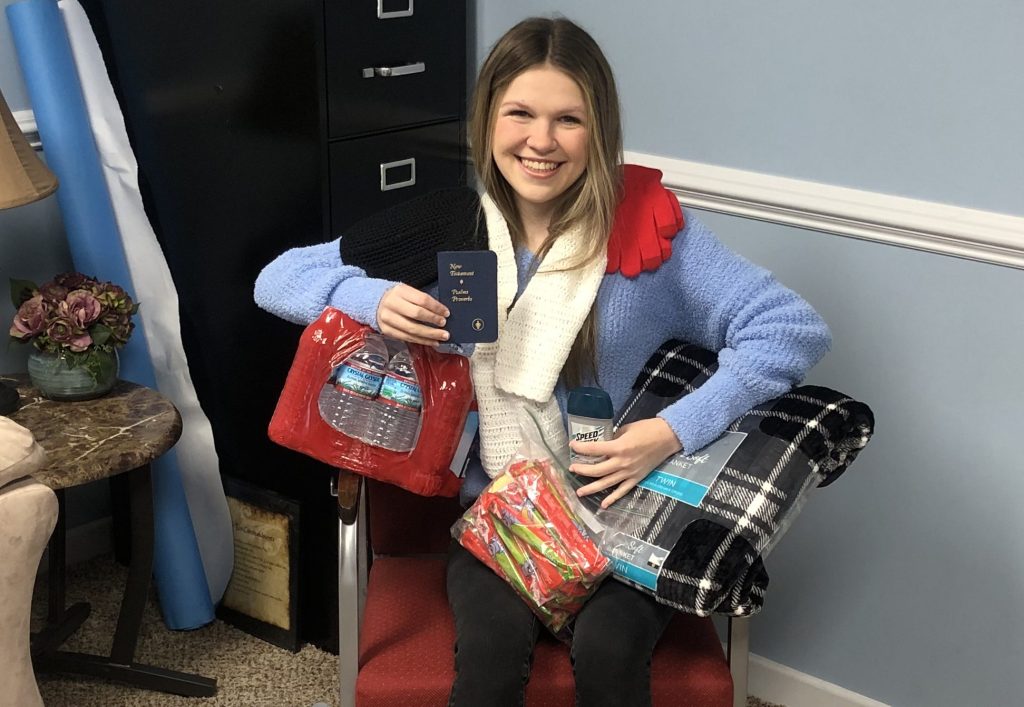 Fleming poses with some of the items people have donated.

SALISBURY — Giving back to those in need during the holidays is something that people often think about, but not as many are truly proactive in following through with it. Luckily, Carson High School senior Caylee Fleming is doing her best to help.

Fleming leads a fundraising project, with  Organ Lutheran Church assisting her, to gather donations and give them to the homeless. This is the second year she has done this after getting inspired to do it in 2021.

“I had an idea to make little Christmas bags because it was around Christmas time and put snacks in there, waters, anything they need, fuzzy socks, scarves, blankets, and I wanted to do it again this year. I asked my pastor Tonya (Brittain) to help me out and we got some help from the church and a lot of people have donated stuff for us,” Fleming said.

Donated items include scarves, blankets, mittens, toothbrushes, deodorant and Bibles. Fleming knows it’s how she was raised by her mother and grandmother that made her want to give back as much as she could.

“My kids have been raised that they are provided with things they need and some things they want. They know how fortunate they are and they know there’s less fortunate people out there,” her mom, Clancy Shive, said. “I have had them involved. I worked in oncology with oncology patients. I had them involved giving back to the community whether it be the homeless shelter, just different things I put them in and she has been the one who has grasped the giving back to the people, the community.”

Her church’s pastor is proud of Fleming’s initiative to help improve the lives of people in her community.

“I think a lot of Christians think of mission field as out there somewhere and they forget mission field is in their own backyard also,” Brittain said. “So it’s really good to have that global perspective, but it’s also good to have the local perspective. We have a lot of criticism, people argue anything you put in front of them, but the fact remains there are people who are in need and when they are seen it makes a difference and she’s making sure that they know they are seen.”

Fleming plans on going to Pfeiffer University next year where she wants to study education. “I would like to be a teacher and teach the Bible because I did want to be a pastor at one point, but I also wanted to be a teacher, so go in the middle,” Fleming said.

Given her age, Fleming may not be who people expect to be leading an effort to help the homeless, but that could inspire others who are older to do some good.

“Youth are perfectly capable of contributing to society. This is a great, huge, wonderful project, but imagine what would happen if everybody in her class did this in this community,” Brittain said.

Fleming and her church plan on donating all of the items on Saturday around downtown Salisbury to the appropriate shelters and organizations. She also wants to do another project like this in the summer by giving out things like water to the homeless, which she’s done with construction workers in the past.

Seeing firsthand the happiness she gives others by helping out and hearing their experiences, stories and how they got to this point makes her realize what she’s doing is the right thing to do.

“I think that is what makes me keep wanting to do it. Seeing their faces, seeing how happy and how much it means to them.” 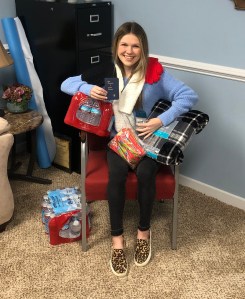 Fleming poses with some of the items people have donated. 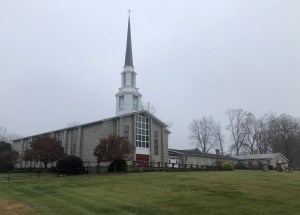 Organ Lutheran Church says they “want to provide in a way that’s helpful.”