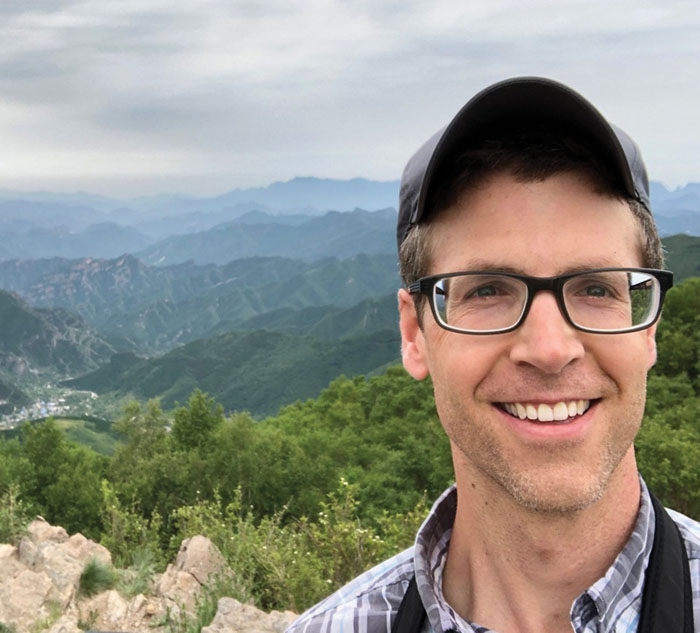 SALISBURY —  The expansion of agriculture to feed a growing global population of more than 8 billion people will shrink the world’s remaining wilderness areas by the end of the century, according to projections reported in a new study published this month in the peer-reviewed, scientific journal “Biological Conservation.” Andrew Jacobson, an assistant professor at Catawba College, is co-author of the study.

The study showed that wild areas could be lost at a rate of more than 32,000 acres per day between now and the end of the century due to a combination of expanding agriculture and urban areas. That’s a loss of wilderness roughly equal to the size of the city of Asheville on a daily basis.

“Substantial amounts of wilderness in parts of Africa and Asia, along with the United States, will likely be brought under the plow and the cow over the coming decades,” said Yue Cao, Ph.D. Researchers from the Institute for National Parks at Tsinghua University, Beijing, Dr. Cao and Rui Yang, Ph.D., led the study. “Some countries, like the United States and the Russian Federation are projected to lose large amounts of wilderness in terms of acreage, but since they are large, this will only be a relatively small percentage of their overall wilderness. Unfortunately, some smaller countries, such as the Philippines, Vietnam and Burkina Faso, are projected to lose nearly all of their remaining wild areas in the coming century.”

The study used a geographic data set on human impact published in 2019 by researchers associated with the National Geographic Society as a baseline from which to project the expansion of croplands and urban areas to the year 2100. This previous research had found that roughly 50% of ice-free land on Earth had relatively low levels of direct human influence. These areas were used as the baseline for wilderness in the current study. In many areas, indigenous communities inhabit what the research identified as ‘wilderness.’

’Wilderness’ is defined internationally as areas that have been minimally modified by humans and still retain their natural character and influence, according to Steve Carver, Ph.D., a geographer specializing in wilderness-related issues at the University of Leeds, England. “Although wilderness may be largely empty of people, it is not empty of importance for people,” says Dr. Carver. “Indeed, wilderness is vitally important in preventing the decline and extinction of wildlife populations and in promoting ecosystem services that humans depend on, such as pollination. In addition, the vegetation and soil in wilderness areas play an important role in combatting global climate change.”

Changes in policy and practice needed to preserve wilderness

The research findings have implications as policymakers, industry and consumers work to ensure that future food needs are met while wild areas are preserved, said Jacobson.

“The study confirms that continuing to expand agriculture at currently projected rates will further threaten existing wild areas,” he said. “However, the additional food needed to feed the world’s growing population does not have to come from expanding farmland into previously undisturbed areas. Instead, through new policies and practices, we could expand agricultural production in already degraded landscapes, increase yields on existing farmland and choose policies that strengthen protections for wild areas. More effort also could be made to educate consumers in America or Europe on how their food purchases, for instance, can impact wilderness in countries such as Vietnam or Brazil.”

“In addition, the study points to the need to ensure that national parks and reserves continue to be protected,” said Jacobson. “We may think that preservation is permanent, but special interests continue to lobby for downgrading or downsizing protected areas. In fact, the study projects that around one-fifth of projected wilderness loss will occur within existing protected areas. To preserve these wild areas, policymakers and the public need to voice strong support for their enduring protection.”