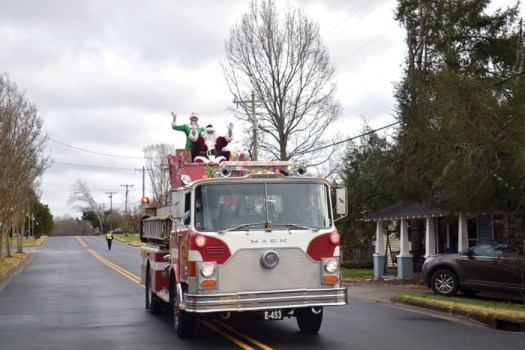 Santa Claus and his elf wave atop an old Cleveland 45 fire truck. The two were the last to enter the parade, wishing people a Merry Christmas. Charlie Drape / Salisbury Post 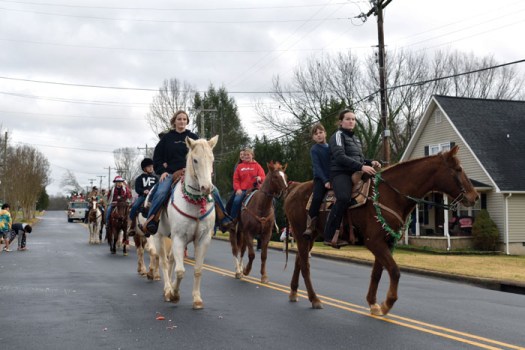 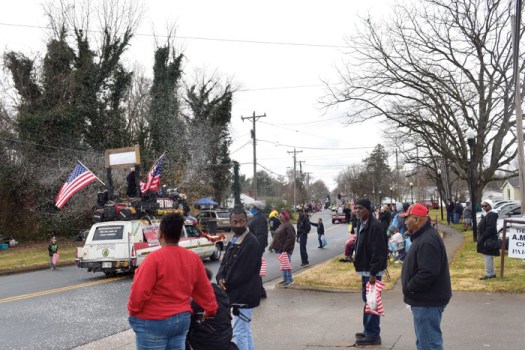 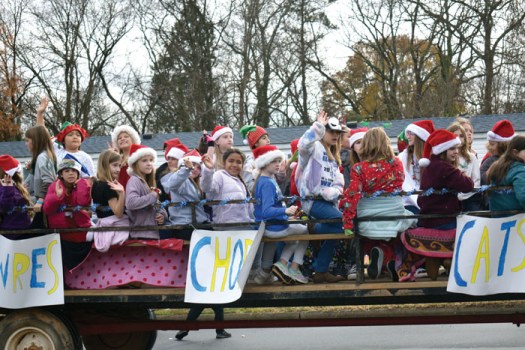 Kids wave from the back of a float during the Cleveland Christmas Parade. Charlie Drape/Salisbury Post. 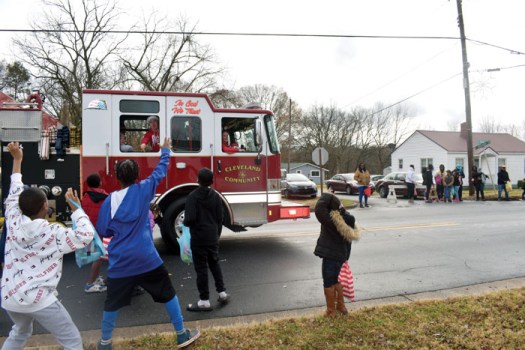 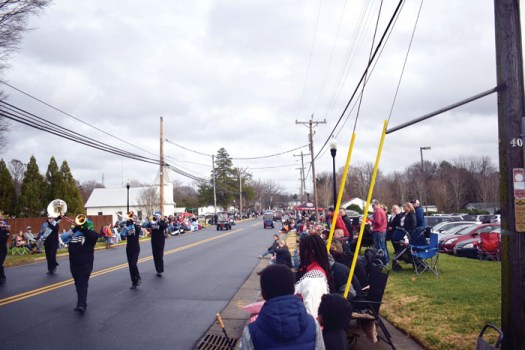 CLEVELAND — Rainy conditions didn’t stop the town of Cleveland from having the 50th annual Cleveland Christmas Parade, hosted by the Cleveland Lions Club, on Saturday, with community members lining up on Main Street to watch the floats go by.

West Rowan High School’s JROTC led the way, marching in front of the school’s marching band. Cars, trucks, golf carts, muscle cars and motorcycles, all with Christmastime decorations, followed, tossing out candy to scrambling kids trying to get as much of the sweet stuff as they can.

Coming in at the rear of the parade were a group of horse riders, John Deere tractors and a BoogerWoods Haunted Attraction blowing out snow. Santa Claus and his elf were the last ones to drive through, sitting in his sleigh atop an old Cleveland 45 firetruck, ho-ho-hoing and wishing people a Merry Christmas.

Food vendors were set up down the street where the parade finished and afterwards community members gathered to relax, share stories and eat.

Thomasina Cuthbertson was watching from the sidewalk with her niece Haylen, who was running around picking up candy the floats were tossing to her. Cuthbertson said the parade means a lot to everyone in Cleveland.

“It pulls us together,” said Cuthbertson. “People come back home, see people you hadn’t seen in awhile, it’s nice.”

Another one of Cuthbertson’s nieces’ was in the parade with the West Rowan Majorettes and she has had other family members who have participated in the parade throughout the years.

Chariot Smyre and Paula Waiters were also watching the parade outside the Third Creek African Methodist Episcopal Zion church. Waiters was serving food, including fish sandwiches, wings, hot dogs, coffee, hot chocolates, cole slaw and beans. She said there is always a rush of people coming into the church after the parade ends.

“I just like to see people coming out and having a good time, watching the children and even the grown folks reaching for the candy,” Waiters said.

Smyre, who grew up in Cleveland, has a house right on the corner of Krider Street, where the floats turn in to start the parade down Main Street. She has attended the parade every year of her life.

“I think it’s the best, I don’t even go to one of the Salisbury’s parades,” Smyre said. “This is all I need.”