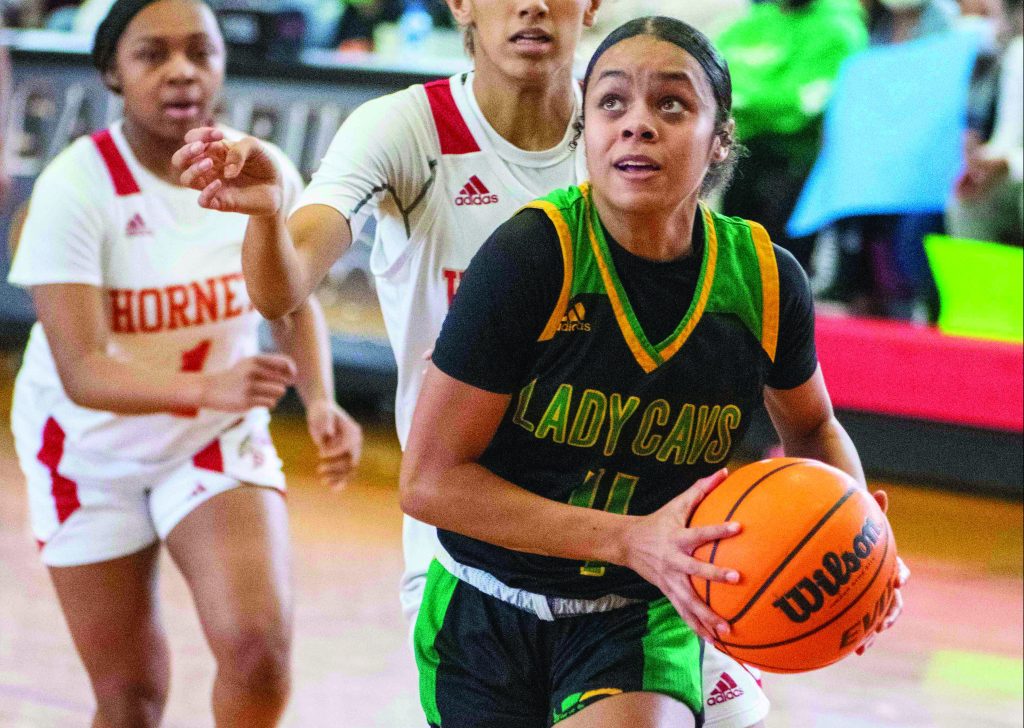 Both Goodlett twins fouled out.

North Rowan still found a way to win on the road on Friday with a remarkable team effort. The Cavaliers kept grinding through all sorts of adversity, and under the direction of first-year coach Darra Walker they won 62-61 over Community School of Davidson in two overtimes.

The most heroic Cavalier was Dasia Elder, who took over when she had to. She bombed two huge 3-pointers from the left wing when North appeared to be beaten and she made the decisive layup in the final seconds. She scored 16 points. Her previous career high was 10. She had four steals and three blocks.

For most of the night, it was junior guard Bailee Goodlett keeping North in the game, continuously driving into the teeth of Community School of Davidson’s zone defense and either finishing or getting to the foul line. She scored a career-high 34 points and made six steals. She had 12 points in the first quarter as the Cavaliers (3-1) got off to a solid start. She is averaging 29 points per game.

With North down by one with 3.4 seconds left in the first overtime, Lauren Wilson made a free throw to tie, but missed on her second attempt, setting up double overtime.

At the end, the Cavaliers were employing several girls who don’t play a lot, but they all got the job done.

Down one in the second OT, with time running out, North had possession of the ball out of bounds underneath the Community School of Davidson goal. Wilson calmly made the pass to Elder who converted the winning layup from the left side.

Stoner had nine rebounds. Azaria Elder had eight rebounds and her contribution to the win also included taking a big charge.

Community School of Davidson fell to 2-3.

MARSHVILLE — Salisbury’s defending 2A champs are ranked at the top of the classification, but the Hornets had some struggles on the offensive end in their opening two games, scoring in the 40s in both.

There were no struggles on Friday. The Hornets (3-0) started fast, made shots and wiped out Forest Hills 67-25.

Senior guard Kyla Bryant controlled the action in Salisbury’s first two victories with her ball-handling ability, but she got 34 of her 36 points on layups or free throws. The jump shots weren’t falling.

Bryant was 2-for-3 on 3-pointers against Forest Hills (0-2) and found her stroke for a season-high 24 points. She’s scored over 1,200 in her career. She passed former teammate Rachel McCullough for ninth place on Salisbury’s all-time scoring list.

MaKayla Noble, a reserve last season, is being counted on as the No. 2 scorer, and had 12 points. She’s been in double figures in all three games.

OLIN — West Rowan’s girls could be a freight train all season and they crushed North Iredell 75-39 on Friday.

It was almost a replay of West’s 77-39 win against North Iredell in Mount Ulla, but the Falcons shot a lot fewer free throws in the rematch.

“They didn’t have a foul called on them in the second half until there was 1:30 left in the game,” West coach Ashley Poole said. “But we showed some toughness. We held our composure.”

Eleven girls scored for the Falcons (4-0), who have won all their games by at least 25 points and are averaging 74 points per game.

CRAMERTON — South Rowan’s girls never got untracked on Friday and were blown out 55-20 at Stuart Cramer.

“We’ve got to find ways to stay calm offensively and score and to be more consistent across the board,” South coach Alex Allen said. “Conference starts next week, so we’ve got to learn from it and work to get better.”

Hadley Womack outscored the Raiders by herself, shooting 6-for-13 on 3-pointers and scoring 23 points. Zion Duncan added 15 on 7-for-9 shooting.

It was a pretty even game after the first eight minutes, but East was down 20-7 at that point.

The bright spot for the Mustangs was a big game by junior Hannah Waddell. She scored a season-high 25 points.

Lindsey Cook added a career-high nine for the Mustangs (1-2).

The Carson at Statesville games were postponed.

There was a nine-person fight at Statesville on Friday and students were dismissed early.

The schools plan to reschedule.