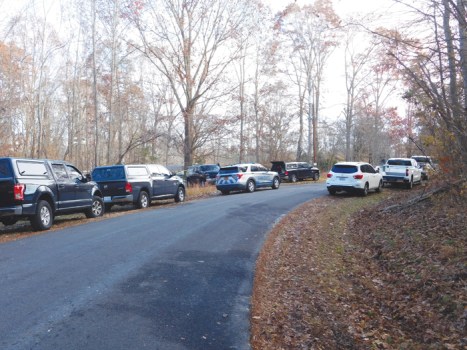 A line of vehicles belonging to Rowan County Sheriff's Office and SBI investigators on the scene of an overnight fire and shooting on Mahaffey Drive in Rockwell. Photo by Elisabeth Strillacci 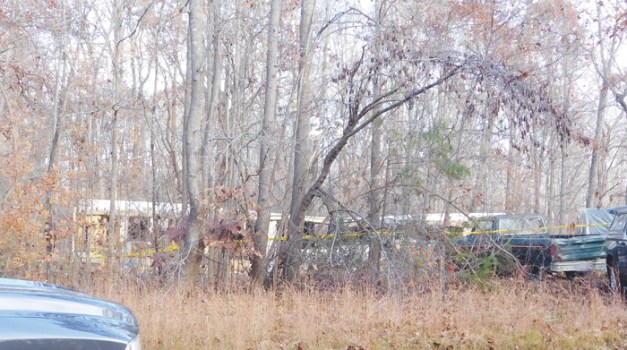 A fire caused extensive damage to a home on Mahaffey Drive in Rockwell about 12:30 Friday morning. Officials say one person inside the home fired on first responders, injuring three. That person is dead, and first responders' injuries were not life threatening. Officials say there is no further threat to the community. Photo by Elisabeth Strillacci

ROCKWELL — Three first responders reacting to a report of a house on fire with someone inside were injured when a resident inside the burning home fired on them at the scene, according to officials. The shooter has been identified as 45-year-old Ronald Wayne Green.

Officials received a 911 call at 12:38 a.m. Friday reporting a fire in a manufactured home at 520 Mahaffey Drive in Rockwell. Two area residents who called also reported someone was inside the home.

Fire units from Rockwell Rural, Rockwell City, Granite Quarry, Faith, Union, Liberty, Gold Hill, Bostian Heights, South Salisbury and Millers Ferry responded. When the first firefighters arrived at 12:46 a.m., they found flames showing from the house and were told a resident was in the back of the house.

As firefighters went around back to try to rescue the resident and knock the fire down, someone in the home began shooting at them.  Law enforcement was immediately called to the scene.

The firefighter who had been shot sustained non-life-threatening wounds to the face and leg. When the gunfire ended, officers assisted in getting the injured firefighter to Rowan County EMS for help before receiving treatment themselves. Officers from Rockwell Police Department and the N.C. State Highway Patrol also responded to the scene. Once additional officers arrived, the scene was deemed safe and firefighters resumed efforts to extinguish the structure fire.

As is standard procedure in any officer-involved shooting, the N.C. State Bureau of Investigation was contacted. They are conducting the investigation of the shooting and of the fire.

The names of the injured officers and firefighter were not released.