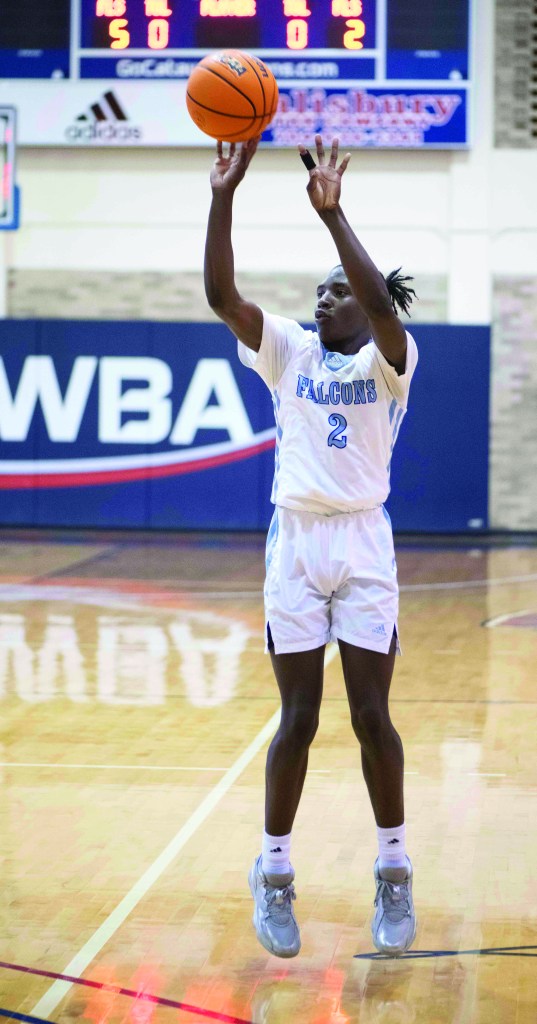 West Rowan lost 62-59 at Davie County despite a career game by Givens, a 6-foot junior guard.

The previous career best for Givens was 22, but he had to shoulder just about all of the scoring burden on Wednesday with the Falcons playing without Athan Gill.

Gill, a physically powerful forward, had put up 39 points in losses to North Iredell and Mooresville to open the season. Gill and Givens combined for 41 of West’s 48 in Tuesday’s loss to Mooresville.

West is short even with the broad-shouldered 6-foot-3 Gill, so they got really small without him.

Still, the Falcons fought to give new coach Dadrian Cuthbertson his first victory and they had a chance right down to the final desperate miss at the horn.

Givens who had banked a 3-pointer from the parking lot to cut Davie’s lead to 60-54 made another extra-long 3-pointer — this one swished — to get the Falcons within 60-59 with 17 seconds left to play.

Hayden Williams scored 23 for Davie, which opened the season with home wins against South Iredell and West Wilkes.

Elijah Holmes scored nine for the Falcons, with Adrian Stockton and Kayvone Norman getting six each.

“We got better tonight,” Cuthbertson said. “Proud of how hard we played.”