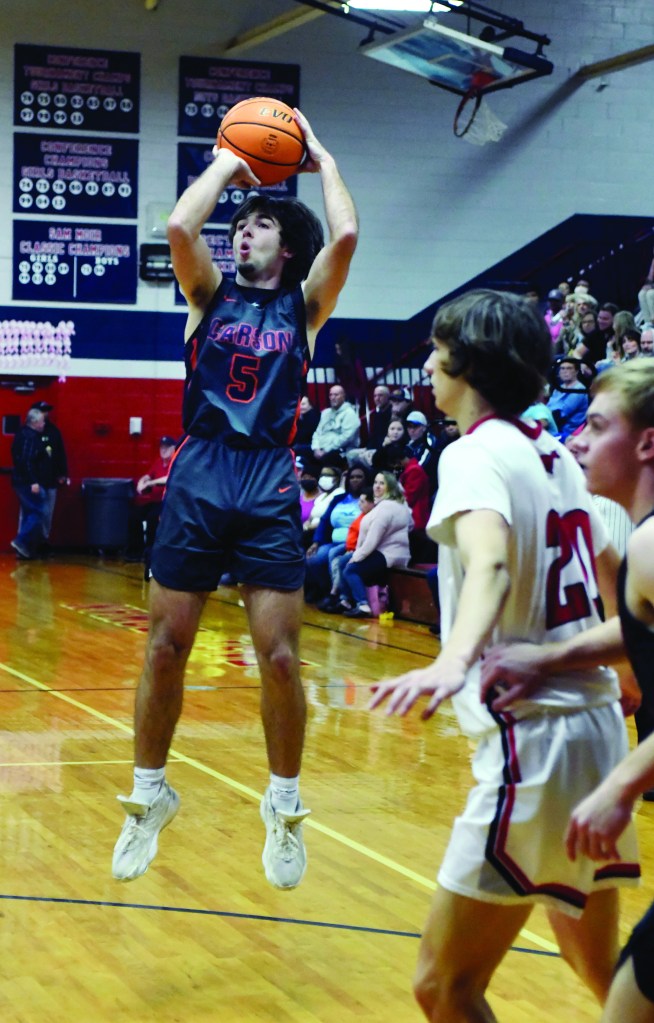 In overtime. The first OT win for the Cougars in five seasons.

Sophomore point guard Jonah Drye had two points at halftime but finished with 20, an effort that pushed the Cougars to 3-1 for the season.

“I still don’t know how good will be, but we are sticking around in games and winning some that I don’t think we would have won last season,” Carson coach Brian Perry said. “We’ve got a little momentum. Hopefully, we can keep it going.”

Emory Taylor had his best game so far this season with 14 points. Mikey Beasley had 10 and was in double figures for the third straight game.

Carson has six guys who can lead the team in scoring on a given night, which is nice.

Then there’s Jay McGruder. He scored six in the first quarter on Wednesday to help Carson stay in it.