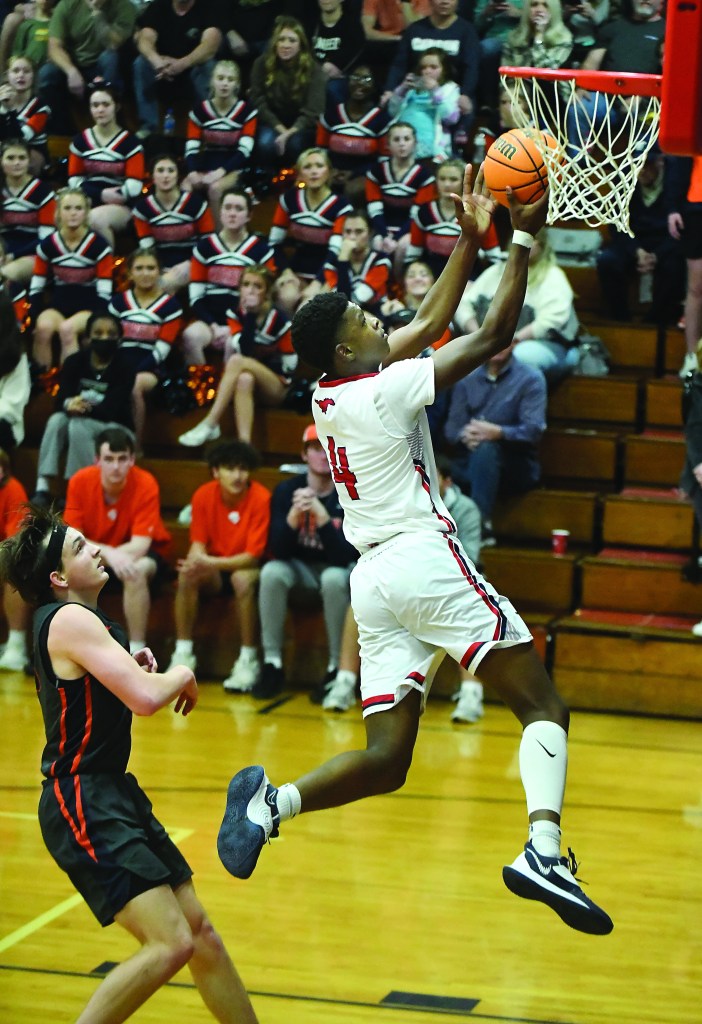 It was a whale of a county game, especially for one played so early in the basketball season. East’s boys held up under pressure and took a 71-66 victory.

“Big win for us,” East coach Andrew Porter said. “We played very good zone defense, packed it in and made North beat us from outside. We kept changing the look of our zone — 1-2-2, 2-3 and 1-3-1. Most important, we kept our composure when it counted most.”

The 6-foot-6 Harris is only the county’s second most-famous Harris, but he was ready. He scored just eight in last season’s loss to the Cavaliers. He redeemed himself. This time he scored 34 and grabbed 12 rebounds.

North was able to limit East sharpshooter Dylan Valley to two 3-pointers, but Valley was able to get to the foul line often and scored 18. That was the scoring help Harris needed.

“East has a good team,” Causby said. “Valley is experienced and is a savvy ballplayer.”

Polk piled up 20 points and 11 rebounds for the Cavaliers. McArthur scored 18, half of them during a furious fourth quarter. His previous varsity high was 13.

“Amari had a great all-round game,” Causby said. “Polk was huge on the boards.”

Jerricho Charleston added 11 for the Cavaliers.

East led by 14-10 after the first quarter and forged ahead by a dozen at one point in the second quarter. Harris stepped out and made two 3-pointers. He spent the summer working on his jump shot.

“We started out really slow,” Causby said. “We weren’t moving well on defense and were unable to seal our traps. We switched defenses and were able to get back in the game. We showed some fight.”

East led 26-22 at halftime, and the Mustangs knew a quick, athletic North team would be ramping up the pressure in the second half.

Harris scored nine in a fast-paced third quarter that ended with the Cavaliers leading 46-45. Polk scored a dozen in the third quarter.

East had the stronger finishing kick. The Mustangs scored 26 in the fourth quarter. Harris accounted for half of those fourth-quarter points.

“We handled their pressure and traps and we hit the big free throws down the stretch,” Porter said. We made the right play every time — and it paid off.”

In the big picture, it’s just a non-conference game, but it should do a lot for East’s confidence. It will sting for a while for North because the Cavaliers don’t lose to the Mustangs all that often, but they can learn from it.

“It was a good early game between county rivals,” Causby said. “Anyone who attended can attest to how important it is for county rivals to play each year. I’m a Rowan guy, born and bred, and these are the type of games you grow up looking forward to competing in.”