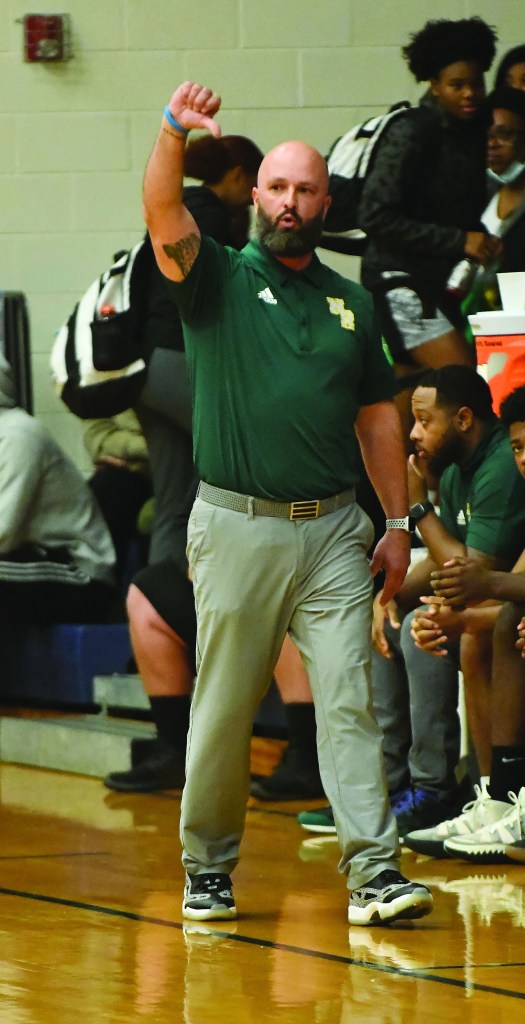 SPENCER — North Rowan boys basketball coach Jason Causby describes junior guard George Maxwell as a guy who can get a bucket whenever the Cavaliers need a bucket.

Maxwell got a bunch of buckets on Tuesday. He drilled four 3-pointers and his career-best 20 points helped North breeze to a 73-52 win against Albemarle.

North (2-0) got 12 points each from guards Jericho Charleston and Jaemias Morrow. It was a career-high for Morrow, a junior playing his third season on the varsity. Charleston, a sophomore who played varsity last season, matched his career best.

Jayden Polk didn’t score at the rate he did in North’s opening romp against South Rowan, but he had 10 rebounds.

Jeremiah Alford, the football QB who missed the opener with some lingering chest soreness from the second-round playoff game at Mount Airy, was welcomed back by the Cavaliers. He’s a glue type player Causby says, and he made a positive impact with seven rebounds, three steals and 5-for-6 foul shooting.

Albemarle stayed with North for a quarter, but the Cavaliers pulled away in the second quarter and led 38-21 at halftime.

Mike Strickland, who will be a “5-quarter player” who plays in the jayvee games and still will be available for one quarter of varsity action, poured in 27 in a 72-34 jayvee win.

LANDIS — Sickness that limited or knocked out six South Rowan players and a good Pine Lake Prep team was a bad combination.

South fell 85-64 to the Pride (1-1) despite some strong individual performances.

“Undermanned tonight and we struggled to box them out and struggled to rebound,” South coach Daniel Blevins said. “We did have some new faces who stepped in and stepped up for us.”

MOORESVILLE — Athan Gill battled for a career-best 24 points inside, while Will Givens Jr. rained five 3-pointers and scored 17 points.

It still wasn’t enough for West Rowan, which couldn’t get a third scorer going and fell 60-48 at Mooresville.

The Blue Devils (2-3) were much taller in the post and were quick-handed and quick-footed on the perimeter in an aggressive 2-3 zone defense.

West got a 3-pointer from Brant Graham, a bucket from Kayvone Norman and two free throws from Romir Hairston, but that was it, other than Gill and Givens.

Gill was strong with the ball in the paint, finished through contact and earned a lot of free throws. He had 10 points in the second quarter alone, and he accounted for 17 of the Falcons’ 27 in the first half.

“We’re right there at the half, but then they have an 8-0 run to start the third quarter, and that’s the difference in the ballgame,” West coach Dadrian Cuthbertson said. “We did some good things, but we’ve got to be more consistent. We’ve got to rebound better.”

CHINA GROVE — Carson southpaw Mikey Beasley can stroke the 3-pointers when he’s on and he lit up North Stanly on Tuesday.

Beasley made six 3-pointers and shattered his previous career high (18) with 25 points as the Cougars handled North Stanly, 67-51.

Colin Ball scored 14, the third straight game in double figures for the sophomore.

Carson started fast and led 24-12 after a quarter. The Cougars cooled off some in the second quarter, but they retook control in the third quarter by holding the Comets to eight points.

Luke Cain scored 18 for North Stanly, while Junior Hill had 13.