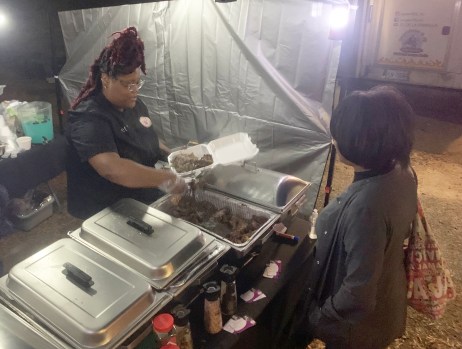 Chef Bionca Saunders, left, of Lexington, prepares a dish for a customer at Food Truck Tuesdays in Salisbury at the Konnected Entertainment and Wellness Center. Chandler Inions/Salisbury Post 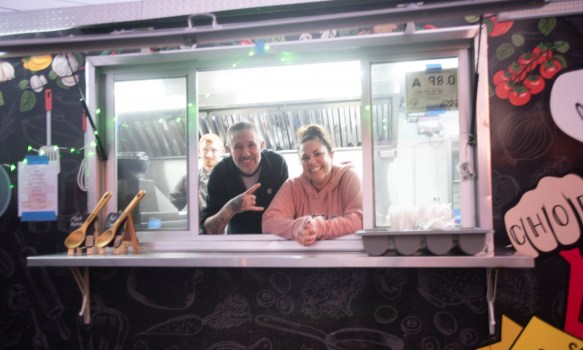 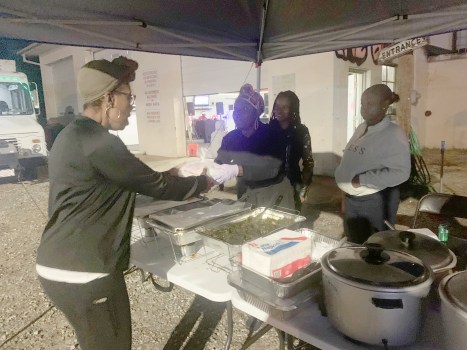 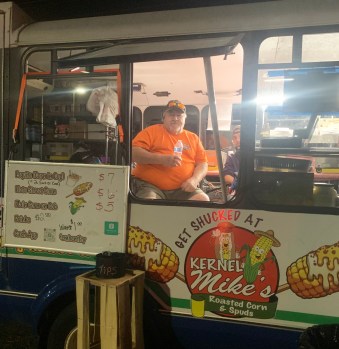 Mike Bentley, owner of Kernel Mike's, can do a whole lot with a simple ear of corn. Chandler Inions/Salisbury Post

SALISBURY — As evidenced around the holidays, food can be a lifeblood that brings people together. Some community organizers are trying to create a sense of that unity every week through a gathering of food trucks in Salisbury.

Tranis Brown and her husband, Travis Fennell, got the Food Truck Tuesdays event started alongside Kevin Glover of the Konnected Entertainment and Wellness Center. The center has been the site of the weekly event.

“It’s like a big outdoor food court,” Brown said. “The idea is to give the community somewhere to enjoy themselves when they get off work.”

Brown brought the idea with her from southern Florida.

“I moved here from Miami, and we always did things like this home,” Brown said. “So I just wanted to bring that idea here, and it just worked.”

According to Fennell, pairing a variety of cuisines with that community feeling was always part of the plan.

“We’re here to serve the community by giving them something different in a family-friendly environment,” Fennell said. “We give you a different taste of food from different cultures.”

Based on the line-up, there was hardly a shortage of options. Fares include Southern soul food, seafood, West African and Jamaican. It’s hardly limited to food trucks, though. Several local chefs set up a tent and offer food from serving dishes.

For others from the area, the event is a way to build their personal brands.

Chef Zee Jolicoeur runs Authentic by Zee and is based in Statesville but loves to venture out and share her selection. Jolicoeur is a first-generation Jamaican immigrant. She indicated that it is a point of pride to be able to share her family’s recipes.

Chop Chop Red Pot offers southern-inspired street food. Owner Erick Crawford has only been in operation for a few months, but he’s found that events like the Food Truck Tuesdays have helped spur business.

Meanwhile, Jenneh Cole doesn’t have a conventional food truck. However, she is still determined to share traditional West African food with customers at the food truck event. For the Salisbury-based chef, whose primary kitchen is her home, it’s one of the few ways she can get her name out there.

Chef Bionca Saunders was serving a dish called Rasta Pasta from her tent. The Lexington chef owns Beyond the Basics, a mobile catering service. Saunders’ motto is, “If you can satisfy one’s soul, a tasteful deed has been done.”

While the event is winding down for the season, its organizers are pleased with how it has gone. They are eyeing a return after the holidays.

“We couldn’t do it without the community,” Fennell said. “We do it for the community and want to keep it strong. We’re going to revamp in the spring around March.”

Early success with attendance has led Fennell and Brown to consider hosting a weekend version of the event at the same location.

“We also looked into moving it to Sundays because it’s been such a hit on Tuesday,” Brown said.

To keep up with the development of Food Truck Tuesday, join the Facebook group by the same name.