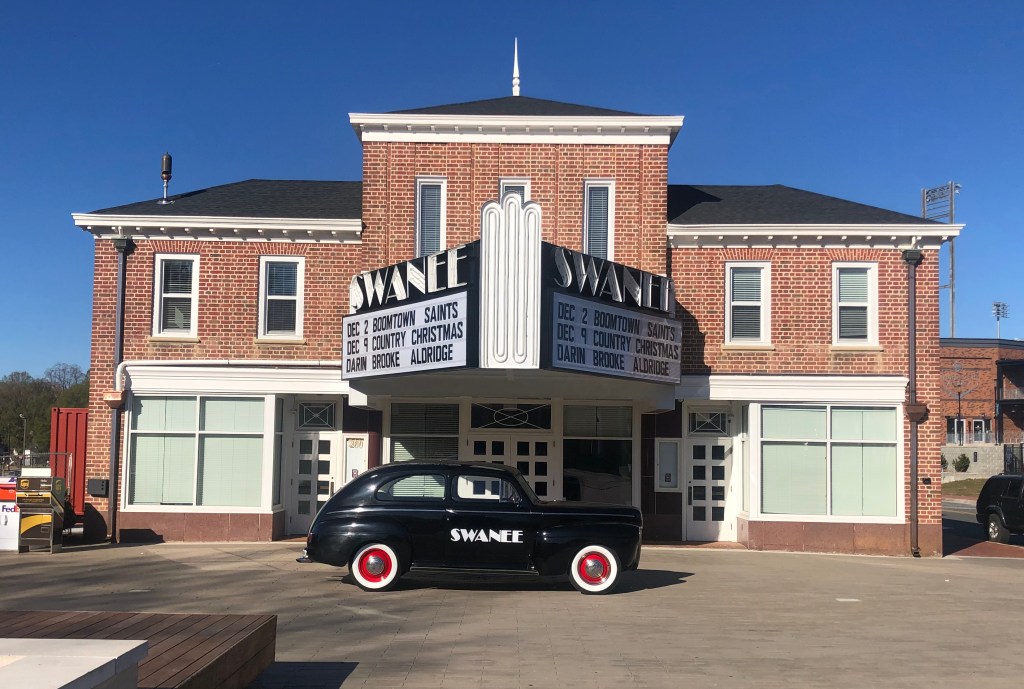 Lingafelt thinks bluegrass shows will be a staple of Sunday events starting next year.

KANNAPOLIS — If you’re walking down the street in downtown Kannapolis, you might see a black 1941 Ford automobile parked casually outside of a theater with an old school marquee that you don’t get to see much of anymore and a whistle on the roof that was used when the mill was in operation. All of these belong to the Swanee Theatre, which just opened its doors to give residents a little bit of nostalgia while trying to inject a much needed vibrancy back into Kannapolis.

“The lights are on every night, so you don’t know when there’s a show, so we bring the car up the night of a show. That’s sort of our trademark,” said Ken Lingafelt, co-owner of the Swanee Theatre.

Lingafelt and his business partner Kent Gregory, who make up West Avenue Entertainment, LLC, were approved to purchase the old movie theatre back in 2021. Lingafelt says what truly motivated Kannapolis to sell the space was not the money they would receive, but what the new owners would put in to the venue.

“So our presentation, with my background in entertainment and doing music venues before, we were awarded that, but it took all the city council, the mayor, everybody, to vote unanimous to do that. There was not one person opposed to us getting the building. I think that’s why we’re successful,” Lingafelt explained.

Their team went to work recreating the marquee, fixing the roof, adding new sprinkler systems, air conditioning and electrical to the over 80-year-old building. Lingafelt knows going all out in restoring the theatre was important in giving customers an experience they would want to come back to.

“If you can see, you can hear, and you’re comfortable, you’ll come back. And comfortable is your seating, your air conditioning, your heat, visibility to see the stage, screens, whatever. Here, see and comfort sounds simple, but a lot of people don’t address it,” Lingafelt said.

Originally a movie theatre back in its heyday, Swanee Theatre is going to be a multi-use venue for concerts, comedy shows, weddings and other celebratory functions.

“That was the design from day one, to make it flexible. We could’ve went in and put in fixed seating like a theater, but you’re limited to what you do then. With this, it opens the door to accommodate all the needs,” Lingafelt said.

The main room for events has been completely re-done to accommodate whatever is needed for that particular weekend. Engineer Armando Fullwood designed the hall and does the acoustics for performances.

“The acoustics are just amazing in here. The engineers came in and balanced the room and they said it could be one of the best sounds in the region even through Charlotte and surrounding areas of sound and quality,” Lingafelt assured.

Thankfully, the theater was designed with a great amount of storage space and extra capacity so there’s plenty of room for there to be greenrooms for acts warming up before a show or for members of a wedding to get ready and relax before the ceremony. VIP seating has been added to the main hall where the projector room used to be.

Lingafelt says he wants Swanee Theatre to help elevate the rest of downtown Kannapolis. He and Gregory own other, different properties and businesses nearby like The Blind Fox. Lingafelt thinks the theater can be a great way for people to start their night out downtown.

“Our shows are early, like 7-9 or 8-10, we want them to get out early, be able to come downtown and eat afterwards when everything’s not closed. If you ran 12- 1 o’clock in the morning you come outside it’s a ghost town. Our shows are early, they’re 90 minutes and they’re in and out, it allows them to experience the whole downtown,” Lingafelt said.

Swanee Theatre has had its soft opening already, with shows and parties having already taken place to great success so far. Starting next year, Lingafelt wants to average one show a week for the first year, then move to two a week on the weekends. They eventually want to get to 200 events per year then build off of that.

Lingafelt and his team couldn’t find another venue that had this much variety in the kind of performances that were being put on in the area. He has heard from people in Kannapolis and beyond that the Swanee Theatre is a much-needed addition to an already up-and-coming community.

Future plans involve getting the grand opening coordinated with the special guests and musical acts for sometime in the spring. Once more people start coming, they will be able to get a better idea of who is actually showing up to the theater.

“The key right now is to try and find my audience. Who is my audience? Is it the 200 people who live here, 300-400 people of the thousands? Or is it Charlotte or Salisbury or Davidson? Where are they coming from? So, we’re starting to measure that now to see who our audience is,” Lingafelt said.

Lingafelt says he has been in talks with iHeart Radio and other media outlets about hosting a podcast on the premises with the artists who perform and for the other guests to be people on the street of Kannapolis.

“When people walk by, bring them in and just interview them about what they remember of downtown or the building,” Lingafelt confirmed.

The Swanee Theatre is the perfect venue to hear a new musical act that you may have never heard before or get some laughs in after a long week at work. The theater may look like how it did back in the day, but it’s goal now is to give itself a new life to a new generation while still holding on to what makes it special for so many people already. 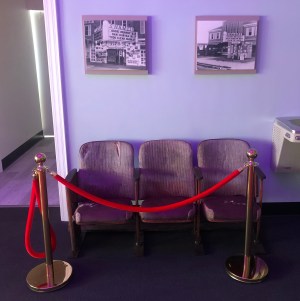 These original theatre seats were discovered when remodeling. 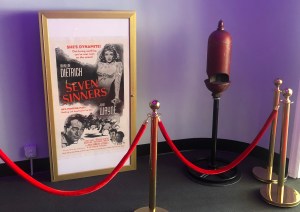 This poster is of the first movie that played at the Swanee Theatre back in 1940 along with the original whistle. 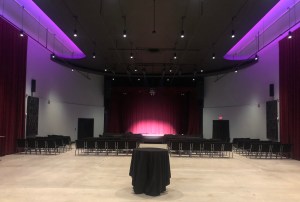 What used to be just a movie theatre, is now a venue that can host anything from concerts to weddings.