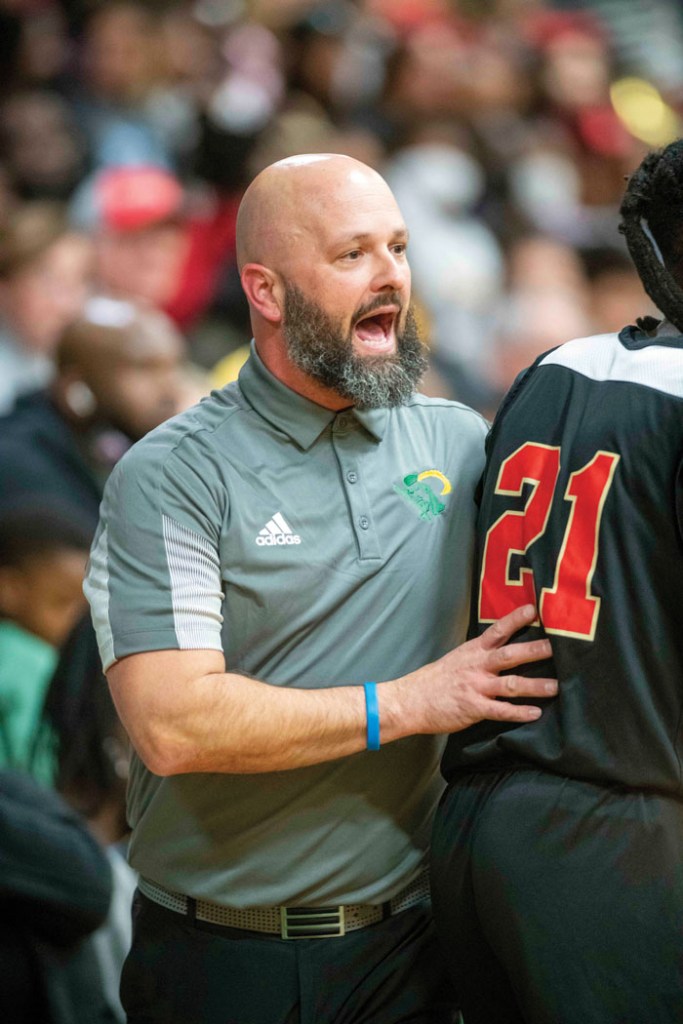 Ninth in a series of reports on local basketball teams …

SPENCER — Most of the firepower is missing and they won’t be tall, but North Rowan boys coach Jason Causby is confident the Cavaliers can find enough points and enough rebounds to field another strong team.

North was 19-6 a year ago. Five losses were to extra-strong conference rivals Salisbury and Thomasville. The Cavaliers won twice in the 1A state playoffs.

“We’ve still got a lot of athletes, a lot of interchangeable parts, a lot of guys in that 6-2 to 6-3 range,” Causby said. “We might even score it better than we did last season. If we play together, we can be dangerous. If guys buy in, and so far they have, I think we can be good.”

Causby is a proven coach. He’s usually had exceptional athletes, but he’s also gotten a lot out of them. The only men who have coached more Rowan boys basketball victories than Causby — Mike Gurley, Bob Hundley, Sam Gealy and Bob Pharr — are in the Salisbury-Rowan Hall of Fame. Causby will surpass Pharr’s wins total this season.

But it won’t be an easy ride for the Cavaliers. North is missing the top five scorers from last season, including double-digit guys Quashawn Carpenter, Derrick Hanson and Amir Alexander.

There’s also been an important preseason injury that the Cavaliers will have to overcome. Causby said Dyzarious Carpenter was playing as well as anyone on the roster, but he broke a thumb. He’ll be out at least until late December.

Amari McArthur will be critical. The star football receiver was very good in hoops as a sophomore, but dropped off some as a junior and wasn’t a major factor.

“He’s really big for this school in football, basketball and track,” Causby said. “I think last basketball season he had the distraction of worrying about getting football offers and he wasn’t sure what was going to happen next, but he comes into this season with good football offers on the table. There was some pressure on him last season, but now he’s relaxed and he’s going to enjoy his last year of basketball. He can guard a lot of positions, he’s good on the boards, and he shoots the ball well.”

Like McArthur, Kemon O’Kelly is a long, rangy, three-sport senior with some basketball skills.

Jerricho Charleston, who averaged 5.9 points per game, is the leading returning scorer for the Cavaliers. As a freshman, he was elevated to the varsity eight games into the season after he’d dominated at the jayvee level. He scored in double figures three times.

“He’s a good scorer, but his most important role will be as a point guard,” Causby said. “Charleston is a quick lefty who can dribble-drive, penetrate and collapse a defense, and we’re looking for  him to provide a lot of the things that Quashawn Carpenter gave us the last three seasons.”

George Maxwell, a junior guard who averaged 4.4 points per game, with a high of 17, will be counted on to boost his scoring output.

“He’s a good 3-point shooter and he has a good pull-up game,” Causby said. “He’s a scorer by nature, a guy who can get us a big bucket. He played in spots last season because some other guys were ahead of him defensively, but he’s worked hard to become a better defender.”

Senior Jalen Smith returns. He’s a long, tall marksman at 6-foot-3, the best shooter on the team. He’ll be a factor as a zone-buster.

Junior Jaemias Morrow, the star running back for the football team, has two years of varsity experience. He’s only scored in double figures once, but he offers a lot of positives.

“He’s tough, hard-nosed and sometimes he finds gaps and weaves through defenders on the basketball court like he does on the football field,” Causby said. “He’s a good rebounder for his size  and a good leader.”

Jeremiah Alford, the quarterback, sustained an injury in North’s final football game, but he’ll be back on the court soon and will be a factor.

“He’ll do a lot of glue stuff for us,” Causby said. “He’s really strong and he can handle the ball and defend.”

Micah Nguyen will be an energy guy off the bench in the backcourt.

JD Sullivan isn’t tall, but he’s big, and the senior football lineman will be asked to give the Cavaliers some muscle and presence in the paint.

Polk started with a bang, with 17 points in North Rowan’s opening-night romp against South Rowan.

“Polk is a 6-foot-3 lefty with some bounce,” Causby said. “He’s a good shooter, and he could be special.”

Tarver, a freshman, also had a nice varsity debut.

Michael Strickland will help.  He’ll probably be a fifth-quarter guy splitting time between the jayvees and the varsity. He scored 22 in the jayvees’ opponents game.

Without a true big man, it’s going to take a committee effort on the boards, but Causby believes the Cavaliers can get a lot done.

There’s not much  hype and not much pressure. Salisbury and Thomasville are going to be good, and everyone knows it, but the Cavaliers can be right there with them.

“We’re younger than last season and smaller than last season, so we’re sure to face adversity at some point, but I liked the way we started (78-31 over South Rowan),” Causby said. “We went out there against South and guys did everything they were asked to do. We played hard and for a first game, we played really well. I do like this team. We’ve just got to be relentless.”

Key additions: Jayden Polk and Dyzarious Carpenter move up from the jayvees