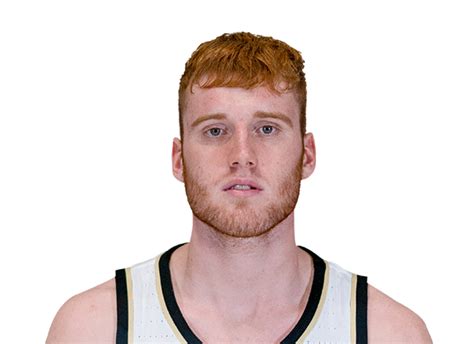 WINSTON-SALEM  — Cameron Hildreth had a triple-double, Damari Monsanto scored 20 points, and Wake Forest beat up on Hampton from the start in a 97-70 victory on Saturday.

Hildreth had 14 points, 11 rebounds and 10 assists. Andrew Carr and Tyree Appleby scored 17 points each for the Demon Deacons (6-1). Monsanto finished 6-of-8 from 3-point distance.

Wake Forest led 24-3 through the first seven minutes of the game and led 53-24 at halftime. The Demon Deacons made nine 3-pointers in the first half and four players scored in double figures, led by Monsanto with 14.

Monsanto, who made 4 of 7 3-pointers in the first half, hit a couple more and Wake Forest extended its lead to 37 points eight minutes into the second half. Soon after, a 3-pointer by Bobi Klintman stopped an eight-point run by the Pirates. The closest Hampton would get was 26 points with 3:38 remaining.

Wake Forest will face its first on-campus road game of the season on Tuesday when the Demon Deacons visit Wisconsin for the ACC/Big Ten Challenge.

The Blue Hose (1-6) were led in scoring by Marquis Barnett, who finished with 10 points and eight rebounds. Presbyterian also got 10 points from Houston Jones. The Blue Hose have lost six straight.

NASSAU, Bahamas (AP) — Shykeim Phillips scored 22 points as UNC Wilmington held off Vermont in the final seconds for a 68-66 on Saturday night.

Pember added six rebounds for the Bulldogs (4-2). Jamon Battle scored 19 points while shooting 7 of 10 from the field and 5 for 7 from the line, and added nine rebounds. Tajion Jones shot 4 for 10, including 3 for 5 from beyond the arc to finish with 12 points.

Wright also added seven rebounds for the Eagles (3-3). Ja’Darius Harris finished 6 of 9 from the field to add 13 points. Eric Boone was 2 of 7 shooting, including 1 for 3 from distance, and went 4 for 4 from the line to finish with nine points.

Greensboro was led in scoring by Isaiah Pruett, who finished with 13 points.

DJ Burns added 14 points for the Wolfpack (6-1), who shot 44.6% while converting 14 turnovers by Butler into 21 points. N.C. State had five double-figure scorers.

That fits the style coach Kevin Keatts has targeted for the Wolfpack, with the first part of his tenure hampered by an NCAA investigation into the program tied to before his arrival. N.C. State retooled with transfers, notably by pairing Joiner from Mississippi with Terquavion Smith in a backcourt capable of pushing pace and picking up defensively beyond midcourt.

The result here was a loss to third-ranked and reigning national champion Kansas that went to the final minute, followed by wins against preseason Atlantic 10 favorite Dayton and Butler.

N.C. State led 35-22 at halftime and pushed that margin to 20 points midway through the second half.

Chuck Harris scored 20 points while Jayden Taylor had 18 for Butler (4-3).

The game offered a reunion for Butler big man Manny Bates with his former program.

Bates spent four seasons with the Wolfpack and was one of the nation’s top shot blockers during the 2020-21 season. But he went down with a season-ending shoulder injury in last year’s opener and then transferred to Butler.