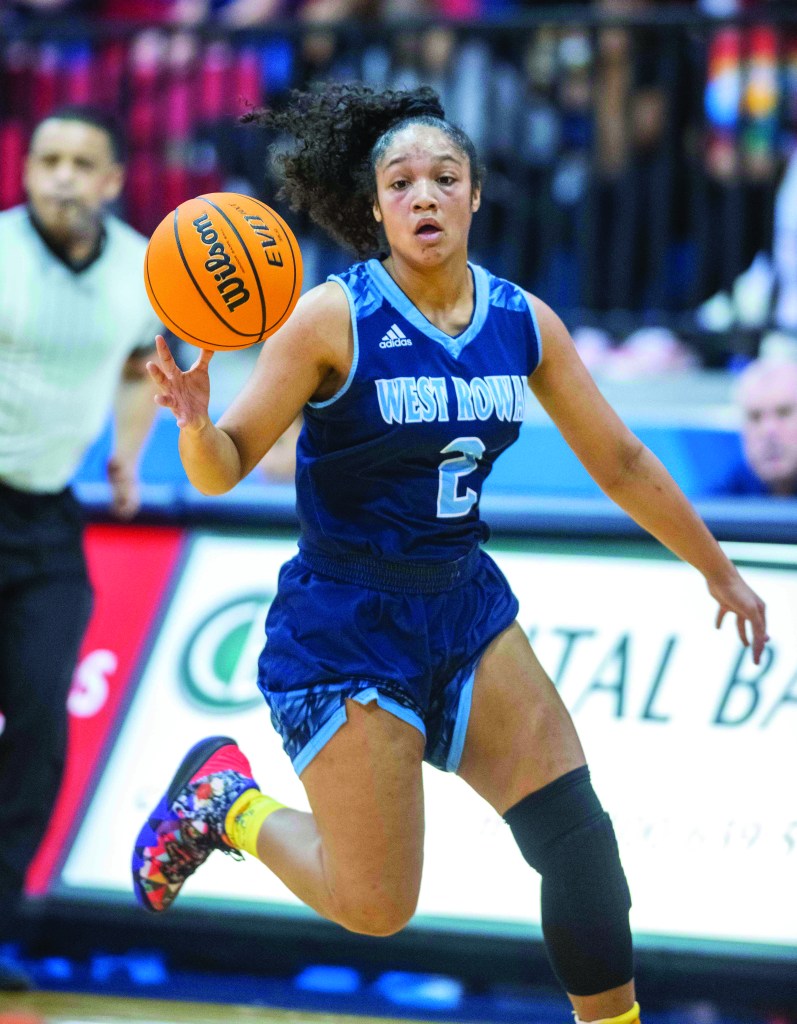 Dadrian Cuthbertson coached his first one at the helm of the Falcons on Tuesday, and it was an exciting debut.

West lost it 62-60 to  North Iredell. The Raiders made their height advantage pay off. Beckham Tharpe, who stands 6-foot-8, scored 28 points and got the winning two on a lob with about five seconds left.

“I thought we were going to pull it out,” Cuthbertson said. “Their size got the best of us.”

West got a timeout in the final seconds, but couldn’t get a shot off.

The Falcons got big points from three of the returners they’re counting on to score. Will Givens hit five 3-pointers and scored 21, one short of his career high. Athan Gill and Elijah Holmes scored 15 each. The trio had   51 of West’s 60.

“The guys really fought hard the whole game,” Cuthbertson said. “We were right there.”

West, which lost two big men to transfer, is tackling a tough early schedule and will play on the road at Mooresville, Davie, North Iredell, Northwest Cabarrus and North Rowan in its next five outings.

The Falcons, who retturn the top seven from a strong team and made some additions, got off to a solid start on Tuesday by smashing North Iredell 77-39.

West held a comfortable 39-17  lead at halftime and put four in double figures.

Salisbury junior Deuece Walker was offered by the University of Kentucky’s football program over the weekend.

It’s the fourth D-I offer for Walker, who also has offers from Duke, Charlotte and Campbell.

Carson’s boys opened the season by winning a meet with Robinson and Mount Pleasant.

Livingstone built a 41-23  halftime lead, but squandered most of it with a cold third quarter. Then the Blue Bears finished strong.

Lenoir-Rhyne used a 32-13 advantage in the turnover column to beat Wingate 85-81 in overtime on Tuesday.

Both teams were unbeaten coming into their SAC opener.

Bryanna Troutman (Salisbury) had 17 points and nine rebounds for the Bulldogs.

Hannah Wilkerson (North Rowan) had 11 points and seven rebounds for Columbia International in a 77-66 loss to Bluefield.

Carleigh Perry (Carson) had five points and six rebounds for Guilford in a 61-51 win against Berry on Tuesday.

Livingstone played well enough offensively to win most games on Tuesday at New Trent Gym, but Coker shot the lights out.

Freshman Jacob Cox (South Rowan) is in the lineup for N.C. State at 133 pounds.

Kira Rymer (South Rowan) and the Columbia International volleyball team will be playing in the NCCAA Championship in Missori.The first game for the Rams is on Dec. 1.

Keshun Sherrill (West Rowan) is averaging 14.9 points in Italy. He shot 6-for-9 on 3-pointers and scored 25 in his best game so far this season.

Adams’ first place time of 8:07.80 qualifies him for the USATF Nationals in College Station, Texas.

The young runner’s parents are   Frank and Allison Adams, a former East Rowan and Catawba runner. He is the grandson of  the late Ed Dupree, running enthusiast and Salisbury Post sports editor.

In a McCanless Couples Captain’s Choice event, the team of Crystal Clement,   Larry Clifton and JD came in first.

Closest to the pin was won by David Hunetycutt

GARS members played at Warrior.  Low ‘A’ Flight player was Phil Cauble with a net of 62.02.

Larry Luther was Super Senior winner with a net of 66.52.

The Tournament Committee for the annual Corbin Hills Sunday Afternoon Regulars’ Holiday Classic announced that this year’s tournament will be held at Corbin Hills Golf Club on Sunday, Dec. 11,   with a shotgun start set for noon.

Interested local golfers may form their own team  or can sign up individually and be assigned to a team.

This year’s tournament is being played in memory of Jerry Allman, Eddie Trexler, and H.A. “Bubba” Andrews, who were long-time active members of Corbin Hills and the Rowan County golf community.

Teams (or individual players) may sign up by contacting the Corbin Hills Golf Club or by e-mail at corbinchristmastourney@gmail.com.

Concord’s Pam Beech is SPC Coach of the Year. Lake Norman Charter’s Luci Fall is the SPC Player  of the Year.

East Rowan’s Hannah Waddell is the South Piedmont Conference Golfer of the Year.

East’s Tinsley Merrell was named  SPC Coach of the Year.