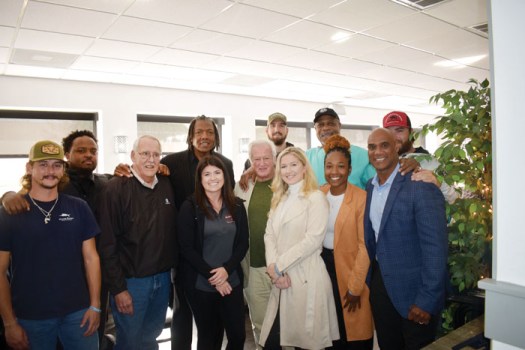 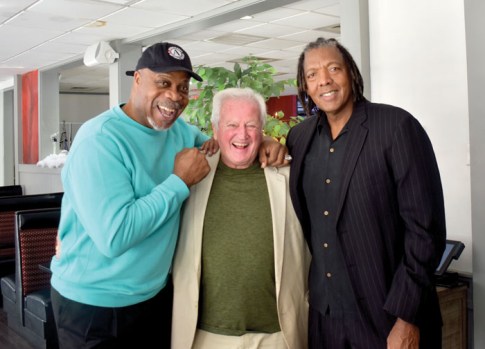 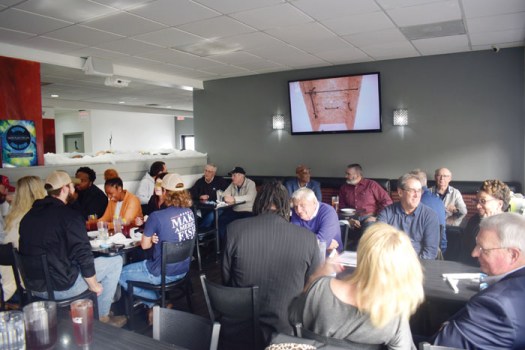 Attendees of the 20th anniversary of the ABC Upward! program have lunch at DJ's Restaurant. Photo by Charlie Drape, Salisbury Post

SALISBURY — Legends from Rowan County and North Carolina met at a luncheon on Thursday to celebrate the 20th anniversary of ABC Upward!, a program that brings speakers to local schools and colleges to talk about making good decisions, overcoming bad influences and the dangers of underage drinking.

Seven percent of all ABC proceeds go toward education, which is where the ABC Upward! program gets its funding. Other boards usually cut a check to schools and that’s that, said Terry Osborne, the general manager of the Rowan/Kannapolis ABC for the past 20 years. Osborne, along with his board, wanted to do something more effective, so they started recruiting famous speakers to give talks to students, which is how the program got its start.

The luncheon took place at local establishment DJ’s Restaurant. Those in attendance were current speakers, members of the board and other affiliates who have participated in the program over the years.

Osborne announced each person as they walked into the restaurant and gave a speech thanking them for their time, their commitment to the program and for their incalculable impact on the lives of thousands of Rowan County students.

“This is a team and all these songs you hear today about coming together and how the Beatles said it ‘we need to come together,’ and this community does,” Osborne said. “I am so proud that we have some of our leaders here today, elected officials, past-elected officials and we have people who have been true, true leaders in this community.”

Osborne also told a story about a former student who had “everything going for her.” One day she realized all of her friends who she thought were supportive of her were actually envious and saying negative things behind her back, which sent her into a depression where she started to have suicidal tendencies. Osborne knew something had to be done and picked up the phone to call former NBA and University of North Carolina basketball player Al Wood, who has been involved in the program for years. Osborne knew Wood had a busy schedule and was unsure if he would be able to meet her, but once the two connected, Wood cleared his schedule and talked to her the next day. She was able to persevere and is now a mom with two kids. Osborne relayed this story to illustrate the kind of impact that the program’s speakers have on students.

“There’s been a lot of people who we’ve really touched and made a difference in their life,” Wood said.

Wood also gave a speech and talked about Franklin Graham, the Southern Baptist minister, who had problems with addiction in his youth. Wood spoke of how he was able to overcome these hard times, quoting Graham, who once said: “I was able to get back home because my dad always left the lights on.”

“When you live in the South, I don’t care what time it is at night, if you go by somebody’s house and the lights are on outside, that means you can knock on the door. Now if the lights are off, that means don’t come in, don’t bother us,” Wood said. “But in Franklin Graham’s case with his dad Billy, they never turned the lights off, the whole while he was out there doing all he was doing.”

Wood continued: “And I say that to all of you here right now, for all the kids in Rowan County, we don’t ever want to turn the lights off. We want to make sure we always leave the lights on and when we do that, they know they can come back home. So, let’s keep continuing to do that.”

Banks gave a speech praising Wood for his dedication to the program. He talked about their battles on the court during their college careers, but also about how much he has learned from Wood in the “afterlife,” meaning once he was done with his athletic career.

“He cares about people. I love to see realness and what he’s doing in Salisbury, it’s amazing and bringing people together,” Banks said. “If I can help him I don’t even hesitate. I’m here for him and I’m here for what you are trying to do.”

The program, which was previously called Game Plan for Life, was made a part of the Congressional Record in 2015. Congress commended the program “for bringing together our community to make a difference in student decision-making regarding alcohol.” It has also inspired statewide initiatives such as Talk It Out.

“All of us in here, everybody in this room had a dream. It may not have been exactly what we wanted and things may have altered it, but you know what, it doesn’t matter how old anybody is in here, we are all still doing our thing and following our dreams and that is what it’s about,” Osborne said. “I love every one of you.”