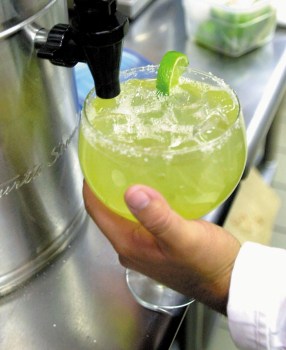 Margaritas will be available in Rockwell soon. File photo 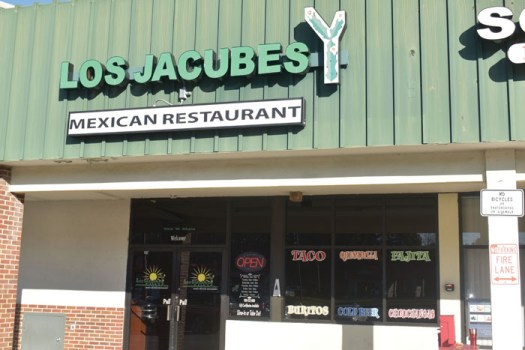 Los Jacubes is the Mexican restaurant in Rockwell that led the campaign to get a mixed-beverage referendum on the ballot. Charlie Drape/Salisbury Post

ROCKWELL — Los Jacubes has everything any Mexican restaurant would typically have, chips and salsa, tacos, burritos, fajitas, quesadillas and Mexican plates. But they were missing one quintessential item: margaritas.

Earlier this year, the restaurant owners and staff went on a mission. They started a campaign to bring a liquor-by-the-drink referendum to the ballot for Rockwell voters to decide on. And it worked.

The referendum passed in voting earlier this month with 541 voters, 69.2 percent of the vote, in favor and 244 voters, 31.8 percent, against.

“People have asked me a lot why we aren’t serving maragaritas,” said Pedro Saldana, the owner of Los Jacubes. “A lot of people told me that the food is too good to not be complete with a margarita. So that gave me a lot of motivation to start working on it and finally they put it on the ballot, and it passed.”

Saldana has been the owner of Los Jacubes for 10 years. He first got the idea for the campaign three years ago, but had to wait until the next election to get the ball rolling.

But not everyone in Rockwell is planning on taking advantage of the recently passed mixed beverage mandate. Robert Bunton, the owner of Darrell’s Bar-B-Q, said he doesn’t want any part of it.

“Somebody sold my daddy his first drink and he died as an alcoholic, so I’m not going to be the first person to sell someone their first drink,” Bunton said. “I’m not doing it.”

The passing of the referendum could mean big business for Rockwell, where the hope is that more restaurants will want to come to town and open up shop. Rockwell’s mayor as well as all five of the town’s alderman voted unanimously for the referendum to be placed on the ballot. 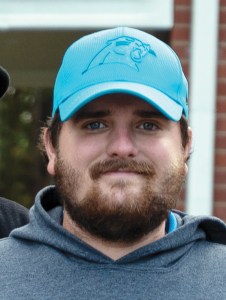 Rockwell alderman Dillon Brewer was a major proponent of getting the drinking referendum passed and took to social media to encourage Rockwell voters to get out and vote.

“If you look at the municipal election we had a year ago in November, we had 100 something people come out to vote, and if you look at the numbers from the drinking referendum, obviously it was a sheriff’s election too, but so many more people came out just ’cause we got the word out and people obviously wanted to see it in town,” Brewer said.

Brewer also said the passing of the referendum will expand the services the town offers as well as the businesses in Rockwell. Instead of having to drive to places like Kannapolis, China Grove or Salisbury to get drinks, now folks from Rockwell can do it in right where they live.

“Being able to do that in town and entice other businesses to come to town is huge,” Brewer said. “I think it’s good for Rockwell, I think it’s going to bring a lot of businesses and hopefully more sit down restaurants, especially towards the downtown area. That’s one of my goals is to get downtown developed a little more.”