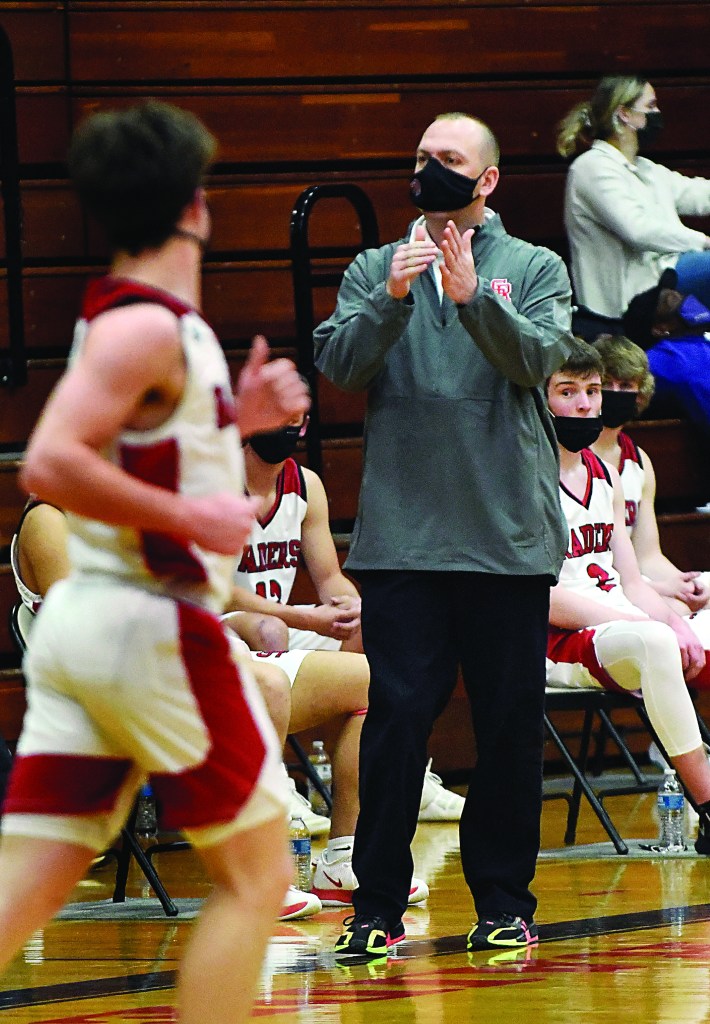 South Rowan’s boys won on the opening night of the basketball season for the first time since 2014-15 when Bryan Withers was coaching the Raiders and Rary, Wilder and Hill sparked an exciting 57-56 triumph against Northwest Cabarrus.

South beat West Iredell 77-70 on Friday to kick off a hopeful, new season. If that sounds like a lot of points for the Raiders … yes, it’s been a while. The last time they scored that many was when Braden Graham led a 78-56 win against East Davidson during the 2019-20 season.

It was ugly, with an astounding 72 fouls whistled, but South head coach Daniel Blevins, who now is in his third season, isn’t griping.

Wins are wins and after sitting through a 2021-22 season in which South dropped 22 in a row and rarely had any kind of chance, Blevins needed a win.

Heck, everyone in red and black needed one.

“There were a lot of fouls,” Blevins said. “That first half, that was the longest day of my life.”

South’s Dalton Young had an outstanding game. He scored 32 points. He handled the ball a lot and got to the foul line frequently, shooting 18 free throws and making 11.

South came into the season expecting to be quite a bit better than it was in 2021-22, although 0-22 set the bar low for being “better.”

“We’re still not big, but we’re scrappy,” Blevins said. “We’ve got a lot better numbers and we’ve got a lot more speed. We can press, something that we couldn’t do last year. We did some good things in the press, but we’ve got to play defense with our feet instead of reaching with our arms. We got in almost as much foul trouble as West Iredell did.”

Jermaine Cornelius scored 25 for the Warriors.

Blevins said the home crowd was a positive factor for the Raiders.

“It was the size of crowd we normally get for East Rowan or Carson,” he said. “A lot of support. The student section was loud. Fun night for our guys.”