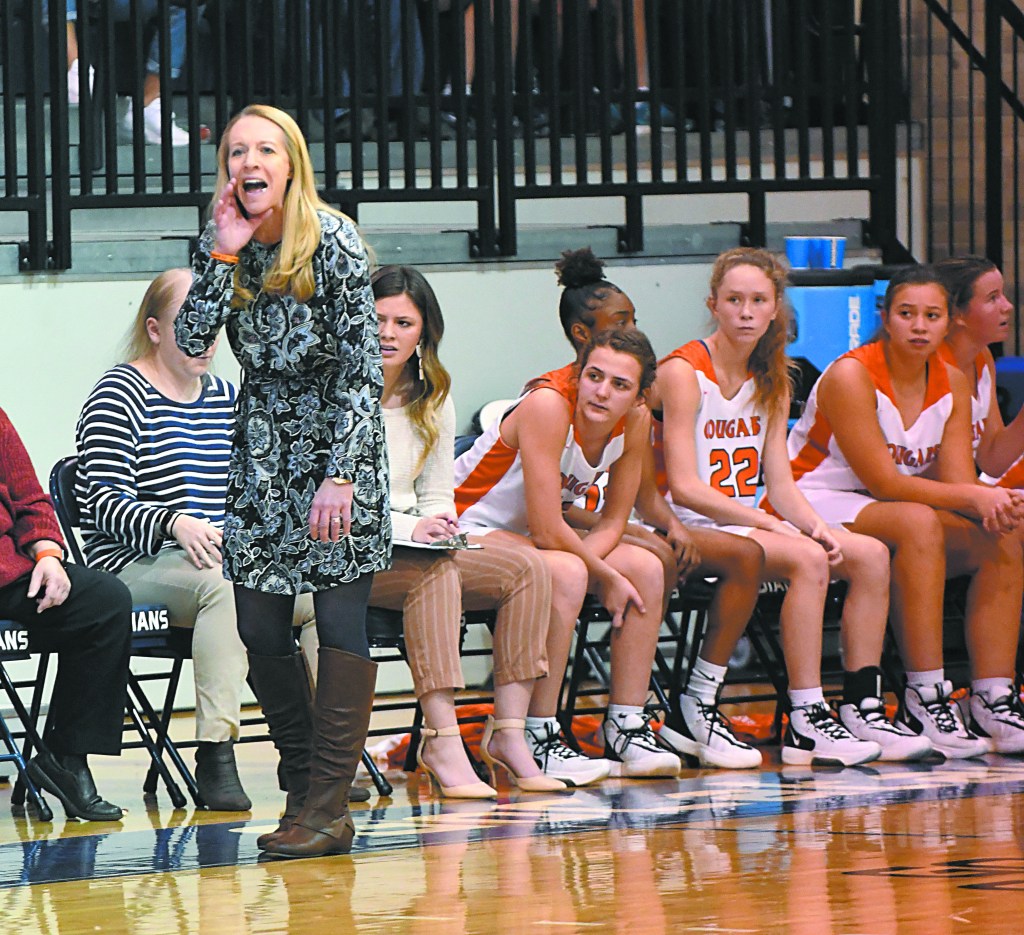 MOUNT PLEASANT — Every victory is going to be huge for an inexperienced Carson girls basketball team.

The Cougars had a great chance to win their opener at Mount Pleasant on Friday but came up short. The Tigers won 41-38.

‘We’re extremely disappointed we didn’t win, but I was really proud of the effort,” Carson head coach Brooke Stouder said. “We showed a lot of toughness to come back the way we did in the fourth quarter.”

Mount Pleasant led by eight points after three quarters and went up by 10 in the early stages of the fourth. Carson scrapped back into  the game, mostly by making free throws. Carson made 10 of 14 free throws in the final quarter.

The Cougars actually went up by one but couldn’t hang on.

“We have one player (sophomore Allie Martin) who has ever been in a close varsity game like that,” Stouder said. “We gave ourselves a chance to win and it was a great learning experience. Getting game experience is the most important thing for us. We’ll get better.”

Martin, the only Cougar with any serious varsity experience, led the Cougars with 12 points, seven rebounds and three steals.

Laila Furr contributed nine points, mostly by going 7-for-7 from the foul line. Brooklyn McBride also scored nine. She made some big free throws in the fourth quarter.

It was Carson’s first loss in an opener since 2015.