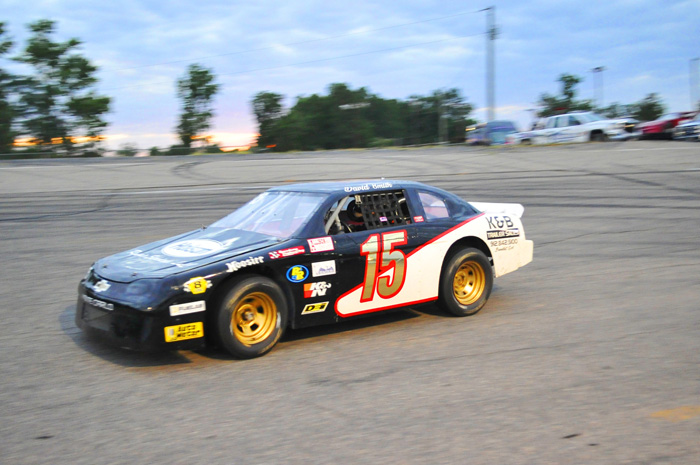 It’s incredibly rare for a driver to be crowned the champion without winning; however, the Georgia native pieced together such a competitive season that he won by a mere 16 points over runner-up Ethan Glenn.

“Not winning wasn’t the plan at all,” Smith said. “My original goal was to get two wins. I currently have 98 feature wins at tracks across the Southeast, and I was aiming to make that 100 this year.

“We won the championship by not giving up and being consistent. My dad taught me years ago to always have a plan and a backup. Plan A is to win, Plan B take what the car will give you and finish the best you can, and Plan C is to finish. We had a lot of Plan B races this year, but that just pushed me more. It was a fight all year.”

“They are my biggest supporters,” said Smith about his family. “Also, everyone who came together to make this happen. I also am thankful for the others I met while racing the Allison Legacy cars. It wasn’t easy competing alone, but the ones that helped me get through that are great people.”

The Allison Legacy Series is known for providing young drivers the experience needed to compete in NASCAR’s highest ranks, but the 39-year-old is competing for fun because he loves the sport. Winning the championship lets Smith know that he can still compete on a high level.

“We won’t quit and we won’t give up,” Smith said. “My oldest son is 10 years old. I’ve got two years before he can drive in this series, but once he is able, he will be. The 2023 season will be for rebuilding. We didn’t know it at the time, but I’ve been fighting a bent car all season. My spinouts didn’t help it either. We purchased another car midseason, and we are going to finish it up and hopefully run some races next season.”

The Allison Legacy Series offers a professional to intermediate racing program. The program attracts drivers, new and old, with or without experience, and has proven to be a valuable stepping stone for drivers looking to further a racing career. Check www.allisonlegacy.com for more information, or call the shop at 704-278-0174