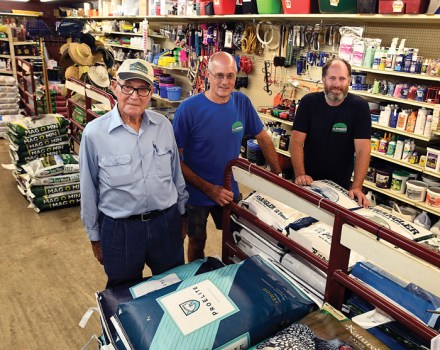 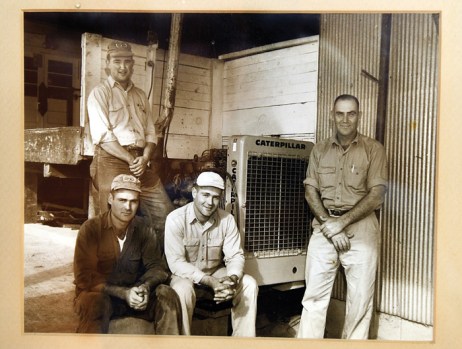 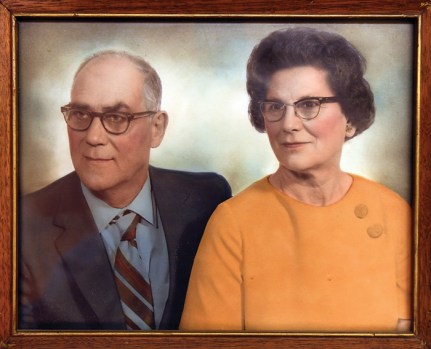 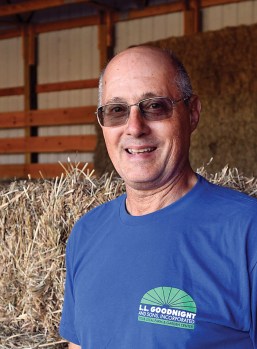 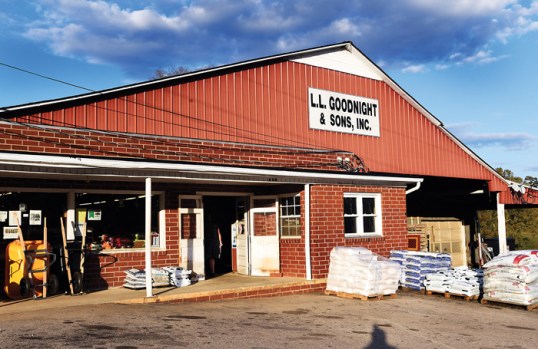 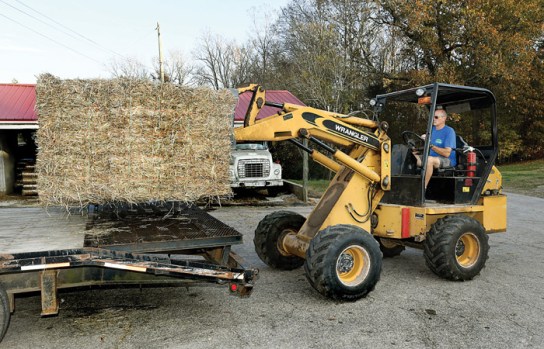 L.L. Goodnight & Sons:, Henry Goodnight on the tractor lifting bales of hay., A big part of their business now is selling and delievering hay to customers. photo by Wayne Hinshaw, for the Salisbury Post 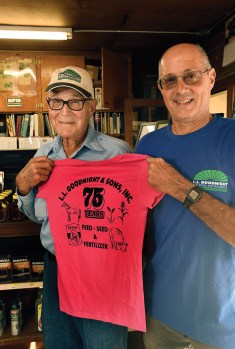 Together, they’re continuing L.L. Goodnight and Sons, founded by their patriarch and his wife, Annie Lou, some 75 years ago. L.L. had a fishing lake and farmed on the side. He needed a contract to sell fertilizer, so he started his own business, and things took off from there. His other son was named Roy.

Henry is one of six grandchildren of L.L. — and the only grandson.

“I didn’t have any competition on the girls’ side,” he says, although they’ve all worked in the store.

Henry does a lot of deliveries — feed hay and fence posts and the like — to horse customers and beef cattle customers. Covid brought about the need for deliveries, and it’s a trend that’s continued.

Lee holds down the fort, doing whatever needs to be done. He still comes in every day, dressed in his customary attire of a long-sleeved blue shirt — sometimes he wears a gray one — blue jeans, and a ball cap.

Although wife Hilda has retired to help with the great-grandchildren, Lee has no plans to retire. If you ask him, he looks at you like that’s the stupidest question he’s ever heard.

He drives trucks, and runs forklifts and payloaders.

“I’m gonna work as long as I’m able,” he says, still ramrod straight after all these years.

“He’s gonna buy me out someday,” Lee points out.

So what keeps a business going for 75 years?

“I like our customer base,” he says. “I like to talk to people. There aren’t many businesses you can raise your family in.”

Ben and his wife, Mariah, have three children, her son, Aiden Bost, 12, and they share daughter Aislinn, 7, and son Grayson, 2.

“We have a product our customers want at a reasonable price,” Henry adds. “We deliver to small farms all over China Grove, Landis, Kannapolis, and Huntersville. Hobby farmers are a big part of our business. And everybody wanted to grow gardens during COVID. People were home and wanted their yards, to be pretty, so we had to be creative.”

They set up a drive-in window.

Innovation is nothing new for L.L. Goodnight and Sons.

“We built our own greenhouses in 1977,” Lee notes. Hilda got it up and running.

“We can grow and sell in the same space, and that enhances our fertilizer business,” Henry says.

The business got a lot more business when Southern States in Salisbury closed.

“We took advantage of that,” Henry says. “That fell in our lap.”

Lee doesn’t mind a bit that Henry is now in charge.