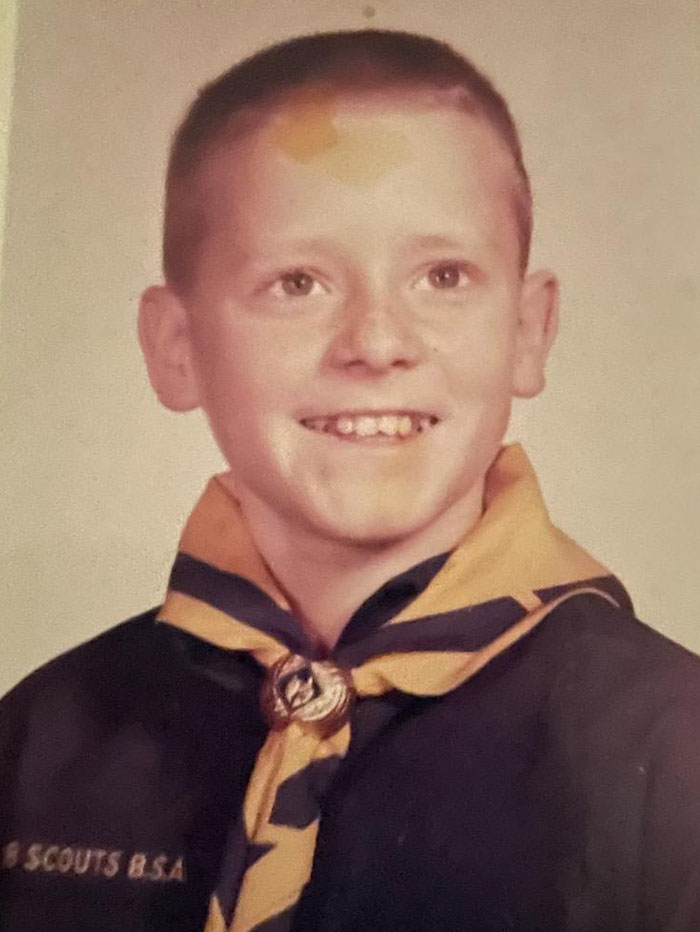 I loved Scouting. I “went the distance” from Cub Scout on my eighth birthday — the first day I was eligible — to Eagle with gold palm before I regretfully aged out and went off to college. I was also an Explorer and a Vigil member of the Order of the Arrow. I must admit, however, that it wasn’t always fun…

The Pinewood Derby was pretty depressing. I used my official Cub Scout pocket knife to whittle my block of wood into something roughly resembling a car and then nailed on the wheels and applied whatever paint we had left over in the garage. When I went to the pack meeting for the big night, I encountered an array of sleek, gleaming models that for all the world appeared to be perfect miniature Indy cars with stripes, numbers, and gleaming finishes. Obviously, many of the 8-year-old boys were closet automotive engineers. My Fred Flintstone vehicle always came in last in its first heat. Today, 60 years later, you can Google “Pinewood Derby Cheating Hints” and get some great ideas for your dad’s–sorry, I meant your–project.

I turned 11 in late November, and before I had even attended a troop meeting I joined in for a December campout. We went to the Woolco department store and got a cheap, thin sleeping bag, the only one in stock. Our patrol was assigned to sleep in an Adirondack shelter, something of a wooden cabin that was open in the front to a firepit. We slept on shelves facing the fire. I was not quite close enough; my teeth were chattering most of the night, but at least the morning brought a warming and cheerful fog and a feeble fire to smoke our uniforms. I feel lucky that we did not have hypothermia in those days, nor — when I think about it — hydration.

For most of my career, my dad was the Scoutmaster. He wore a Smokey the Bear campaign hat just like Fred MacMurray in the movie “Follow Me, Boys!” One time we found a grapevine in the woods that would let us swing out over a pretty deep ditch. He felt he should test it before he let us use it, so out he swung. No problem. Then he did it together with another adult leader. Perfect! Now it was Jay’s turn. [Jay, the Senior Patrol Leader, never returned from a campout without numerous cuts, scrapes, and bruises. Once he “went long” to catch a pass and crashed squarely into a large and unyielding hickory tree, knocking himself unconscious.] Jay smiled and grabbed the vine, and at the apex of its arc, it snapped and he plummeted to the ground below. It took a good while to get him on his feet.

I became a specialist in the timed “flapjack flipping” contest at council jamborees. You had to build a fire with flint and steel, cook a pancake, flip it over a string eight feet high, and then catch it. Lighter fluids were expressly banned, but no one mentioned steel wool. In case you are unaware, a spark on a pad of steel wool becomes an instant inferno if you blow on it a little. And keep the batter thick.

At the 1968 Scout Show our troop put on a woodworking exhibition, turning trinkets on a set of lathes to give to kids. The second night we got an emergency order to shut down and leave the area immediately. That was the night Dr. Martin Luther King was assassinated only a few blocks away.

Our Explorer post specialized in scuba diving and ribeyes: one of our leaders worked in a butcher shop, and before each outing we would tell him how many we wanted at a dollar apiece. I never ordered more than three per meal. I loved the diving in nice clear reservoirs in Arkansas. There was a Civil War era shipwreck at the bottom of the lake that we really enjoyed exploring. We took spearguns one time, and I speared a big catfish that resisted being brought to the surface considerably. I finally dragged him to the shore and we had a great dinner — surf and turf —that night.

I was far away in New England during that period when I might have become an Assistant Scoutmaster. Later, it never seemed logical to work in Scouts when my daughters came along. I wish more young people would join Scouting now; to my knowledge there isn’t another organization that works so hard to impart practical survival and life skills as well as an old-fashioned sense of honor and patriotism these days.