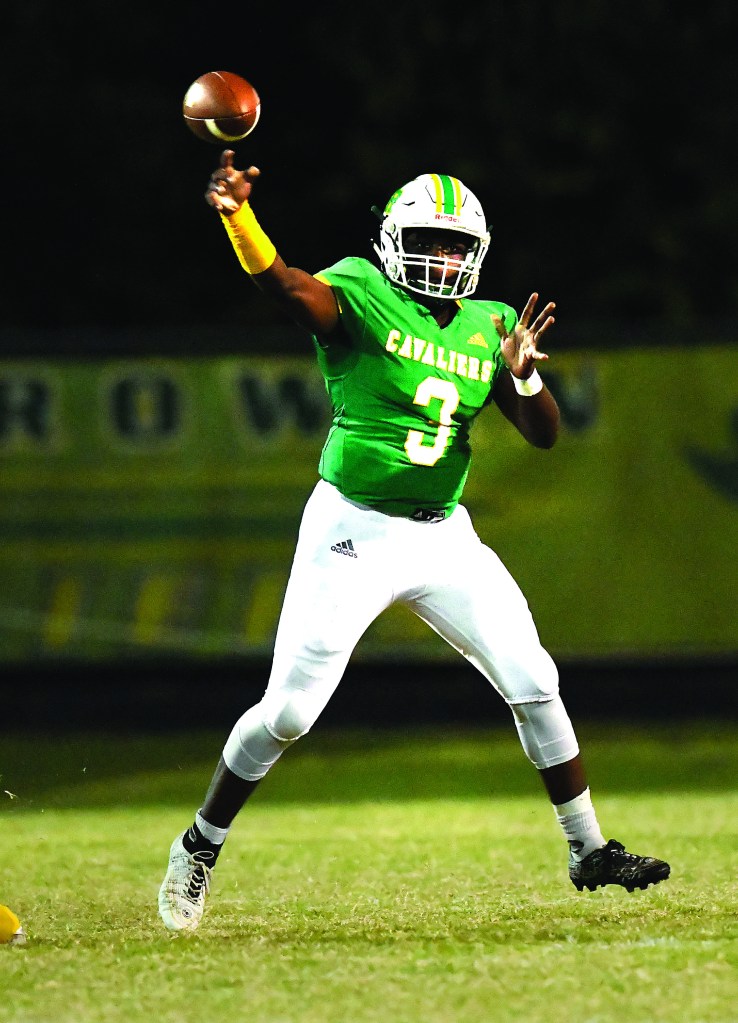 MOUNT AIRY — North Rowan knew it needed a near-perfect game on Thursday to have a chance against Mount Airy in the second round of the 1A West state playoffs.

The 13th-seeded Cavaliers didn’t get it. They turned it over on their first three possessions, dug a huge hole and got blown out by the fourth-seeded Granite Bears 55-7.

It was 43-0 before North got on the scoreboard late in the second quarter.

Mount Airy (11-1) scored touchdowns on seven of its eight first-half possessions for a 50-7 halftime lead.

The second half sped by quickly with a running clock. North (7-5) had only a couple of possessions.

North got the ball first, took a shot downfield on third-and-7, and Mount Airy intercepted. The Granite Bears only had to go 43 yards to make it 7-0.

North lost a fumble at the Mount Airy 40 on its second possession, and the Granite Bears cashed in for 14-0.

Mount Airy came up with another interception when a pass was tipped at the line of scrimmage. The Granite Bears overcame penalties, took advantage of the short field to score another touchdown and added a 2-point conversion for a 22-0 edge.

North didn’t turn it over on its fourth possession, but a high snap on a fourth-down play led to a negative play. Mount Airy scored again, and it was 29-0.

North went three-and-out on its fifth possession and got off a punt.

Then Mount Airy was stopped for the first time, but mostly the Granite Bears stopped themselves by dropping an open third-down pass over the middle.

At that point, Mount Airy began scoring almost untouched. There were two breezy rushing touchdowns to pump the lead up to 43-0.

With 2:20 left in the half, North scored. Jeremiah Alford threw a good ball, and Amari McArthur made a leaping catch in the end zone between two defenders. It was the 32nd TD catch of McArthur’s career. He moved into a tie for  fifth place in county history.

Mount Airy still had time to score again before the half and did so, cruising 80 yards on three plays for that 50-7 halftime margin.

Alford was hurt late in the first half. The sophomore was taken to a Mount Airy hospital. He didn’t break any bones, but he suffered a chest contusion and will be sore for a while.

Mount Airy scored the only TD of the second half.

North’s standout back Jaemias Morrow had one nice run of 25 yards, but there weren’t any holes to speak of the rest of the half. Most North running plays were minus-2s.

Alford carried it 13 times in the half for a net of 5 yards. He threw for 81 yards. He had two nice pass completions to Kemon O’Kelly, one of which set up McArthur’s touchdown catch.

Mount Airy accumulated 290 rushing yards and 102 passing yards in the first half.

Hayesville (7-5) will be next for Mount Airy.