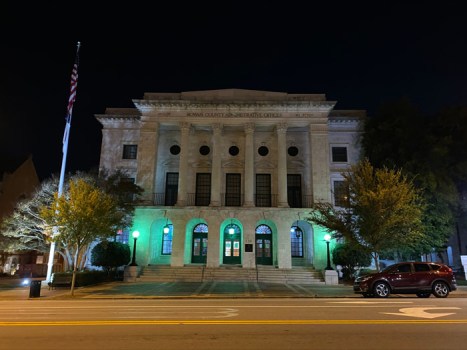 Submitted photo — The Rowan County Administration Building was among those featuring green lights for Veterans Day. 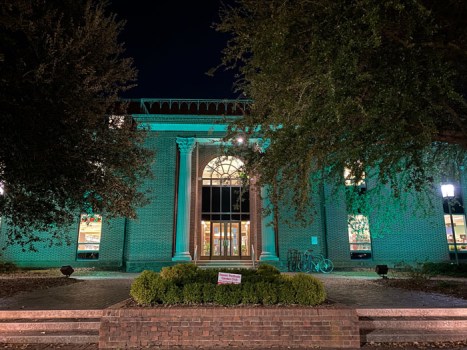 • Rowan Public Library Headquarters in Salisbury, as well as the branches East, South and West branches in Rockwell, China Grove and Cleveland.

“What we wanted to do as a commission is to show our support for the military, those who have served, those who have sacrificed for our country. Everyone that serves sacrifices in some way,” said Rowan County Commissioner Mike Caskey Jr., who spent eight years in the Army Reserves and is about to enter into his fifth year in the Army National Guard.

Operation Green Light was also created to show support to veterans who are transitioning from active duty to civilian life, which can be difficult for veterans especially in the first year.

“We wanted to show that we support them and let them know that we are here for them,” Caskey said.

The color green was chosen because the term “greenlight” is a common phrase used in the military to activate forward movement.

“We encourage everyone to check out the county and state buildings lit up green and to join the effort,” said Kevin Leonard,  the executive director of the North Carolina Association of County Commissioners, which partnered with the North Carolina Department of Military and Veteran Affairs to bring the initiative to North Carolina.