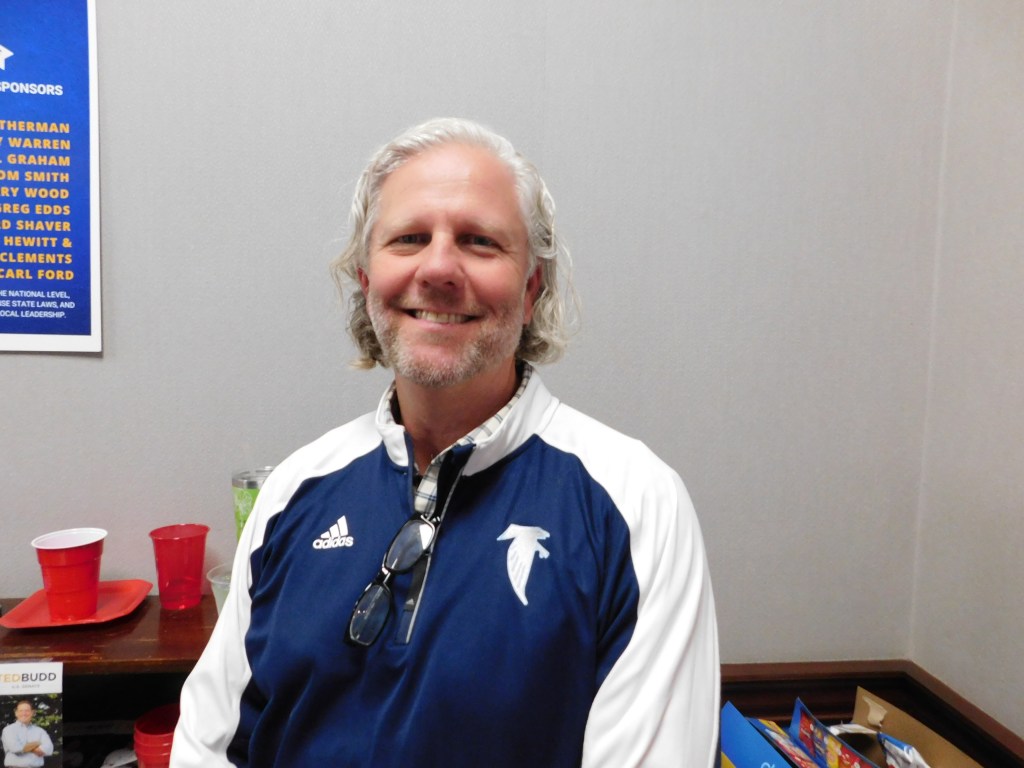 Incumbents Kevin Jones, Dean Hunter and Lynn Marsh fended off challenges from opponents to retain their seats on the board. Meanwhile, Sabrina Harris defeated former board member Jean Kennedy in one of the closest races of the night.

The race for seat 4 was the only one that featured fresh faces as Jimmy Greene Jr. beat out Ebony Rivers Boyd and Myra Tannehill for the seat vacated by Travis Allen, who launched a successful bid for Rowan County sheriff.

“I am excited to win and get another four years, and want to get things moving in the right direction,” Jones said. “It’s been a tough four years to be on the board, and there are all sorts of hurdles that we are up against.”

Jones remarked that teacher, principal and administrator retention is at the top of his list.

“Getting the right people in the right spots and compensating them correctly where they can do the things they are best at is what I want to do,” Jones said.

With the growth facing the county, Jones sees opportunity.

“We have had some opportunity for new capital school buildings and improving our current facilities that we have,” Jones said. “The (increased revenue) will allow us to rethink education as a whole in Rowan County.”

“I think our voters appreciate conservative values and protecting our students and our schools from things that we’re seeing in other counties,” Hunter said. “There are some issues like CRT (Critical Race Theory), things like that, that people are very leery of entering our system. And I feel like we’ve done a good job of keeping those things out and staying focused on education.”

Hunter is proud of his track record, specifically the hiring of Dr. Kelly Withers, the recently appointed school superintendent.

“I think people appreciate us hiring a superintendent who is one of us, who is local, who is stable, and that seemingly the community is behind,” Hunter said. “We’ve had a lot of volatility over the last year and a half.”

Hunter acknowledged that the work is only just getting started.

“We do have challenges,” Hunter said. “It’s pretty evident that being out of the classroom, during COVID, was obviously something that affected (Rowan County) and the nation negatively … I keep throwing out the number 35% of our third graders read proficiently according to the state test. So we do have some challenges.”

Maintaining a competitive atmosphere for public schools is a priority for Greene.

As a coach in the school system, Greene can fall back on one thing he knows for sure.

“I think (voters) knew of the personal contact I had, having been a coach for the last 12 years,” Greene said. “I’ve interacted a lot with staff, principals, teachers, even a lot of the students and a lot of my players, and I’ve seen a lot of their plight. I see what they have, what they’re good at, and what they have trouble with.”

Attempts to contact Harris on Tuesday and Wednesday following the election were unsuccessful.

Marsh indicated that her interactions with voters pointed to concerns over safety and curriculum within the schools, the latter of which she is making a prominent feature in her upcoming term.

“We have been working really hard on revamping the discipline policy,” Marsh said. “We have got tiers of consequence for various behaviors which establish a guideline for administrators to follow.”

Marsh spent a decade as a special education teacher in China Grove and two decades as a principal in nearby Cabarrus County. Now, she is a professor at Catawba College.

She indicated a desire to see a heavy emphasis put on ensuring nurse accessibility for each school within the district as well as a crisis management team.

“I’d like to see a crisis team for each school made up of staff, parents, and administration, with a role to play in the event of a crisis,” Marsh said. “Right now, they have one person who would take charge, but I would like to see a whole-team approach.”

All results in the board of education elections are unofficial until they are certified by the Rowan County Board of Elections.