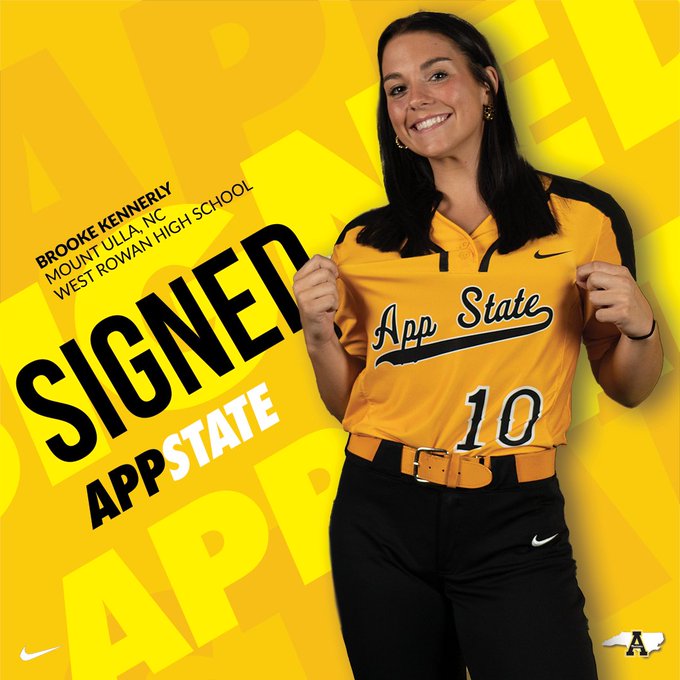 West Rowan catcher Brooke Kennerly is one of them. She has been a long-time App State verbal commit.

Kennerly is an all-county, all-conference and all-state player  and  hit .397 as a junior. She had four homers, six doubles and 30 RBIs.

She lost almost all of her freshman season to COVID, but came back with a strong sophomore season and hit some big homers in the playoffs.

She played on two Rowan Little League teams that finished second in the World Series.

App State had also signed Davie infielder Summer Simpson, who batted .476 with five homers and 27 RBIs as a junior.