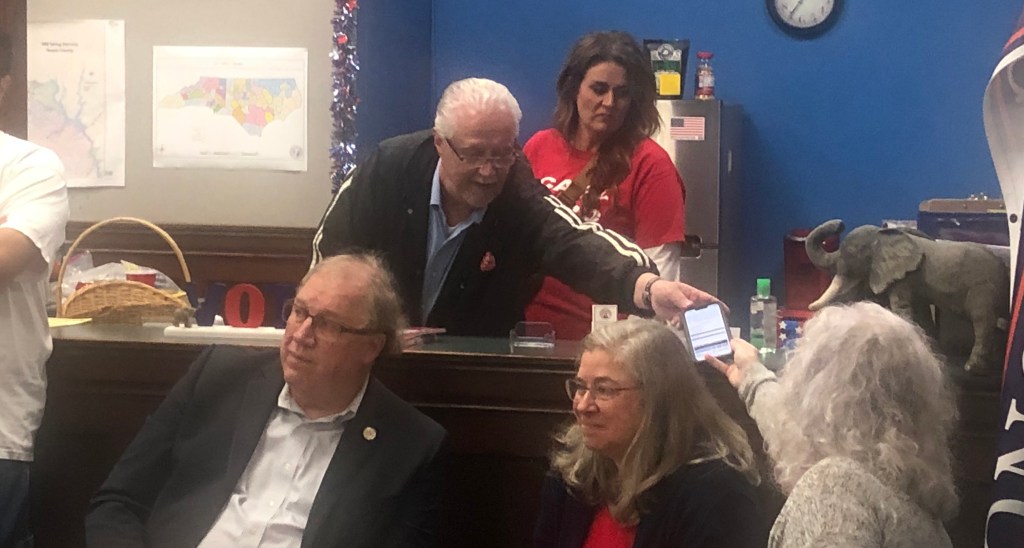 Senator Ford could be spotted with supporters at the Rowan County Republican Party Headquarters on Election night.

Morgan, who grew up in Stanly County, was a teacher for 14 years in Rowan-Salisbury Schools and a counselor for eight years. She is a Wake Forest University and Liberty University graduate. She is also a member of the Salisbury Alumnae Chapter of Delta Sigma Theta Sorority, Inc., Salisbury-Rowan NAACP, Secretary/Treasurer of Rowan Salisbury Association of Educators and China Grove’s Democratic Precinct Chair.

“It’s a long, hard race, as it always is,” Ford said. “Because you run every two years. As always I give God the praise. My family, volunteers, it’s been a long, hard fought race.”

Even when going up against her during the campaign, Ford had nothing but kind words for Morgan once the election was over.

“I congratulate her on working hard. I mean she had a hard fought campaign, she really did,” Ford said. “I really believe she outworked my past two opponents in a big way.”

In his next term, Ford wants to “continue to cut taxes for individuals and for businesses.” When asked how his working relationship with Democratic Gov. Roy Cooper can improve in the future, Ford was candid in his response.

“I’ll tell you how it can improve is if we get a supermajority and we don’t have to deal with him anymore. I want someone to ask him how he can improve his relationship with us. That’s the question that’s never asked. Never,” Ford said. “We try to work with him, but when you’re so far apart on things it gets a little difficult and we did work with him on a few things, and again we got a budget done, that I think he signed reluctantly because I think he knew he needed too also. Hopefully, he’ll try to work with us a little more because I think we’ve done most of the compromising. I really do.”

Morgan stated she is “disappointed” with the results of the election, but would not do anything different with her campaign. Her plans for the future are still to help the community anyway she can.

“Finding areas where I can continue to serve regardless if I hold office,” Morgan said. Even though she said it is still too early to confirm, Morgan foresees another political run sometime in her future.

The unofficial ballot count according to the N.C. State Board of Elections has Ford with a statewide total of 51,133 votes and Morgan with 18,787. The votes are unofficial until certified. 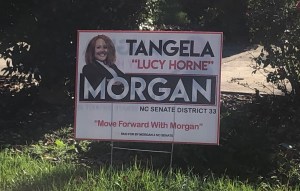 This was Tangela Morgan’s first campaign as an elected official.