Finding their own way: RCCC ambassadors learn a little about themselves in the process 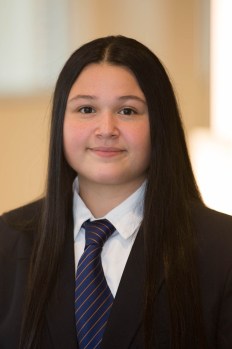 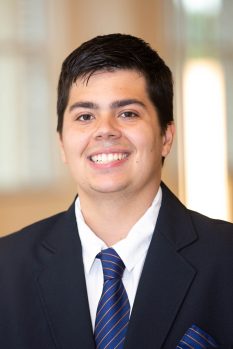 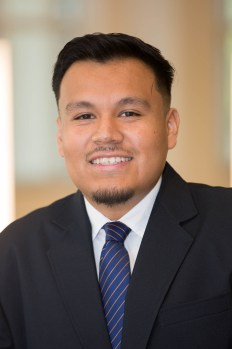 “I was super proud of hosting the ‘sit and chill,’ a mental health awareness event, where we folded up a little area for people to sit down and talk about mental health,” said Jennifer Pleitez, an ambassador for the 2022-23 school year.

Pleitez grew up in Salisbury. She’s only 17 but has been taking college courses through the early-college program offered by RCCC.

The ambassador group compiled statistics from RCCC students which revealed that, like many college-aged adults, they had experienced personal struggles with such mental health issues as anxiety. That is why Pleitez and her fellow ambassadors wanted to host the sit-and-chill event, to create an environment where those topics could be discussed and where students would feel comfortable talking about them.

For one of Pleitez’s fellow ambassadors, Malachi Printup, 20, the mission was personal.

“I have had a lot of my own personal battles and know plenty of people my age and older, including my family, who dealt with mental health problems,” Printup said.

Printup indicated that while the mental health element has propelled him to want to be an effective ambassador, other personality traits have sometimes made it difficult.

“It has been tough for me, but not for mental health reasons,” Printup said. “I am not great with speaking in public despite taking a public speaking course. The program has helped a lot with that by getting me out of my comfort zone. Being with my fellow ambassadors has helped my mental health a lot. I feel better and happier being around them and doing events with them.”

For the 17-year-old Pleitez, the newfound responsibility has felt more like a welcomed challenge.

“This is probably the biggest commitment I have made,” Pleitez said. “It is a big leadership role. I have been in other clubs here and there, but this is big leadership, dedication and time commitment. I don’t see it as a challenge as much as I see it as an opportunity.”

Fernando Alcaide Luevanos is a little older than his fellow ambassadors. He’s 24. He was born in Acapulco, Mexico, and moved to the U.S. at a young age. Thanks to the ambassador program, he has forged some unexpected friendships.

“I never thought I would be friends with a 17-year-old living in Salisbury or a 20-year-old from New York (Printup), but it’s been a tremendous experience,” Luevanos said.

Luevanos mentioned that he’s grateful for a bubbly personality but acknowledged that a one-size-fits-all approach doesn’t always work.

“If I see a group of people and see that they are kind of distant, I don’t mind if I have to push my way in and ask how they’re doing because it’s about getting them to understand we are all part of the same group,” Luevanos said. “On the other hand, there are very reserved people, and you have to respect that. You can’t bring the whole personality at once. Once they get comfortable with you they may open up. I’ve brought a lot of people out of their comfort zone that way.”

In the same way that the ambassador group has placed Luevanos in positions to help people shed their shells, it helped Pleitez spread her wings.

“Being part of the early college is another reason I wanted to get involved,” Pleitez said. “I felt disconnected from my college side. I was always just involved with my high school side doing clubs and things like that there. I never really felt connected with college students. So I took the opportunity to learn more about my college and teach others about my college.”

The ambassador will serve for one year and then help groom their successors. In the meantime, they hope to spread as much knowledge as they can and the occasional smile for their fellow RCCC students.