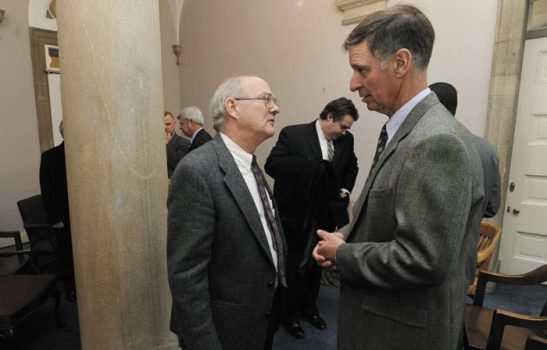 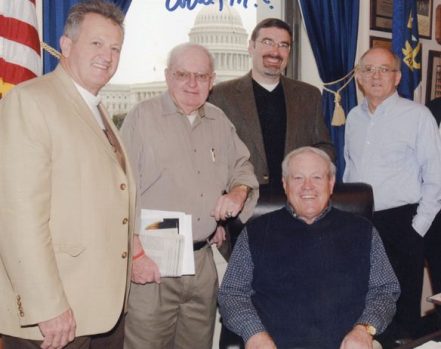 Stanley “Stan” Walker Bingham, former North Carolina state senator who died last Thursday, was remembered as someone who sought to find solutions with members of both political parties. 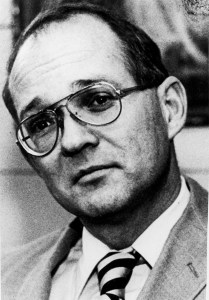 A Republican who represented Davidson, Rowan and Guilford counties, Bingham, 76, served eight successive terms from 2001 to 2016 in the state senate, where he helped pass 171 bills. He did not seek reelection in 2016, but continued to be a committed voice in local and state politics.

Before his election to the state senate, Bingham served one term as a Davidson County commissioner from 1990-1994.

One piece of legislation Bingham fought to get passed was the “No Convicted Felons for Sheriff” bill, which was passed as a state amendment in 2010. He also helped to incorporate the towns of Wallburg and Midway into Davidson County.

Bingham served on a variety of committees during his time in office, including agriculture/environment/natural resources, health care, mental health and youth services. He also served as the co-chairman for both the appropriation, justice and public safety committee and the program evaluation committee during the 2015 legislative session.

Bingham was honored with the Order of the Long Leaf Pine award, which is “awarded to persons for exemplary service to the state of North Carolina and their communities that is above and beyond the call of duty and which has made a significant impact and strengthened North Carolina.”

Terry Osborne of Salisbury got to know Bingham when Osborne served as the chairman for the 12th congressional district, and he went on to help run Bingham’s first campaign for state senate. He shared many stories with his time working with Bingham, including when he took Bingham to his first Major League Baseball game. He  remembers him as a friend, world traveler and most importantly a thoughtful politician who would do anything in his power to bring people together, even if they were on opposite sides of the political aisle.

“His civility and care for people, he would make sure that he had those enjoyable moments, but when it came to work he was very serious,” Osborne said. “Even with some politicians that he found vast differences with, he would find a way to come together and put the differences aside and work out solutions.”

Osborne said some of the most memorable times were when Bingham would call him out of the blue and tell him about a disagreement he was having with another politician. The two would take the politician out to lunch so they could “get away from the politics of it” and just talk as people, not as politicians, and work things out.

“That was just him and it showed his character. He liked to bring people together,” Osborne said.

Bingham and Phil Kirk, formerly of Salisbury, knew one another during Kirk’s time as president and CEO of the North Carolina Chamber and as chairman of the state Board of Education.

“He was unique, intelligent and funny,” Kirk said Wednesday afternoon. “He was always accessible, and a hard worker. He was a good Republican, but respected by all. I never heard a negative comment about him.”

Born in Winston-Salem in 1945, Bingham moved with his family and grew up in Clemmons. He studied at Wingate University for two years before transferring to North Carolina State University, where he graduated with a bachelor’s degree in forestry in 1968. After graduating, Bingham traveled to the Pacific Northwest to fight forest fires before returning to North Carolina.

Once back, he joined his father in the sawmill business, starting the Bingham Lumber Company in 1979. Bingham sold the company in 2012.

Bingham and his wife Lora had four daughters: Andrea, Heather, Claudia and Natasha.

Bingham was also a dedicated journalist and founded the weekly The Denton Orator in 1995. The paper started with a circulation of 300, but has grown to 2,200 and provides coverage of Denton, Lexington, Thomasville, Asheboro and High Rock Lake. Bingham served as the paper’s publisher until his death.

Kelly Bledsoe, current editor of the Denton Orator, worked with Bingham for 17 years and remembered him as an amazing boss who was always supportive, willing to listen and someone who had complete faith in his team’s ability to do their jobs.

“Stan was an extremely brilliant man. He knew so much about so many things and he was very generous with his time and generous with his knowledge,” Bledsoe said. “Other than his family, his community and North Carolina were the most important things. He would never back away from an opportunity to help. He loved his community and really would do anything he possibly could to make things better or to help people. He truly was a servant to this community.”

Also famous for his love of cars and antique vehicles, he rigged up his old Volkswagen Beetle to run on cooking oil. Bingham made headlines in the Post in 1990 for purchasing a 1966 Studebaker that belonged to the character Aunt Bee from “The Andy Griffith Show.” Bingham and a friend bought it for $20,000 at an auction and he promised he wouldn’t restore the old car, which had a bowed hood, a lopsided grill and a scrape on the front fender. His reason for the purchase was that he wanted to bring the car back to the Tar Heel state home of “The Andy Griffith Show.”

Bingham also made it his mission to showcase the beauty of North Carolina and Davidson County. While serving as commissioner in the 1990s, Bingham petitioned the film industry to shoot more here. In 1990, North Carolina was a hotbed for Hollywood with 17 films being shot here, ranking third nationwide in movie locations.