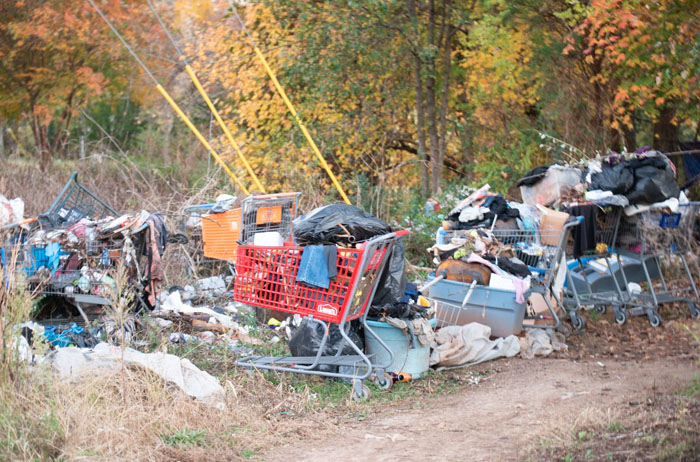 Some litter problem areas in Salisbury are linked to the homeless and leaders are trying to find ways to reduce homelessness along with the litter. Elisabeth Strillacci/Salisbury Post

SALISBURY — The Neighborhood Leaders Alliance held a Litter Forum at the Salisbury Civic Center on Wednesday night to help come up with solutions to combat Salisbury’s litter problem.

Among those in attendance were Salisbury Mayor Karen Alexander and Rowan County Commissioners Chairman Greg Edds.

“One of the main complaints I’ve been hearing is litter, that there’s trash, especially around the post office, around the Innes Street corridor, especially East Innes Street,” said Kelly Vanager, chairwoman of the Neighborhood Leaders. “Even when we had visitors come to our meetings in person that’s been some of the things they’ve been complaining about, and so because we are about the appearance of our city, we want to address the concerns that our citizens or stakeholders are expressing.”

The main part of the forum involved people discussing ways Salisbury residents can help reduce the amount of litter in the city. Getting multiple people’s suggestions was key when deciding policies in future meetings.

“I think it’s very important to get everybody’s opinion, get their ideas on how to mitigate the litter issue. How it all comes about in the end? We don’t know. Hopefully, with all of the ideas that have come in tonight, from what I would consider a relatively small gathering, we can take something from that and create a strategy to go forward,” Chris McNeely, chairman for the Community Appearance Commission, said.

Some of the suggestions ranged from educating kids in schools about the dangers of littering to having a “cute” anti-litter slogan to adding surveillance cameras to areas that have a stronger litter presence, and even having an anti-litter float at this year’s Christmas parade.

After discussions, Salisbury Homeless Liaison Dennis Rivers spoke to the group about ways the city is trying to help assist and, as a result, reduce the homeless population in the area. This included free bus rides to treatment, free IDs for those who need them, and trying to take a more humanistic approach to helping the homeless.

“The reason why we had the homeless liaison was because of the expression that the problematic areas in Salisbury were linked to some of the homeless citizens of our city as well,” Vanager said.

Vanager said they will “brainstorm” the ideas that people came up with in their next meeting and present the best possible options to the citizens of Salisbury sometime in the future. 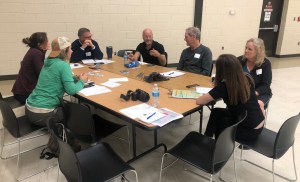 One of the groups figuring out the best ways to reduce litter in Salisbury. 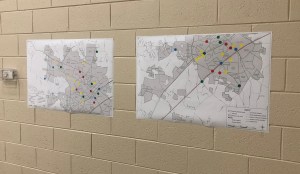 People were asked to place stickers on this map of Salisbury to show where litter is most prevalent. 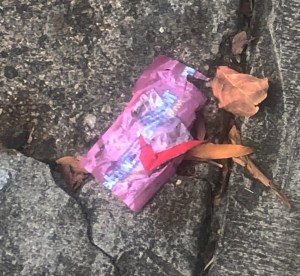 Discarded Halloween candy wrappers was a topic of conversation during the forum.