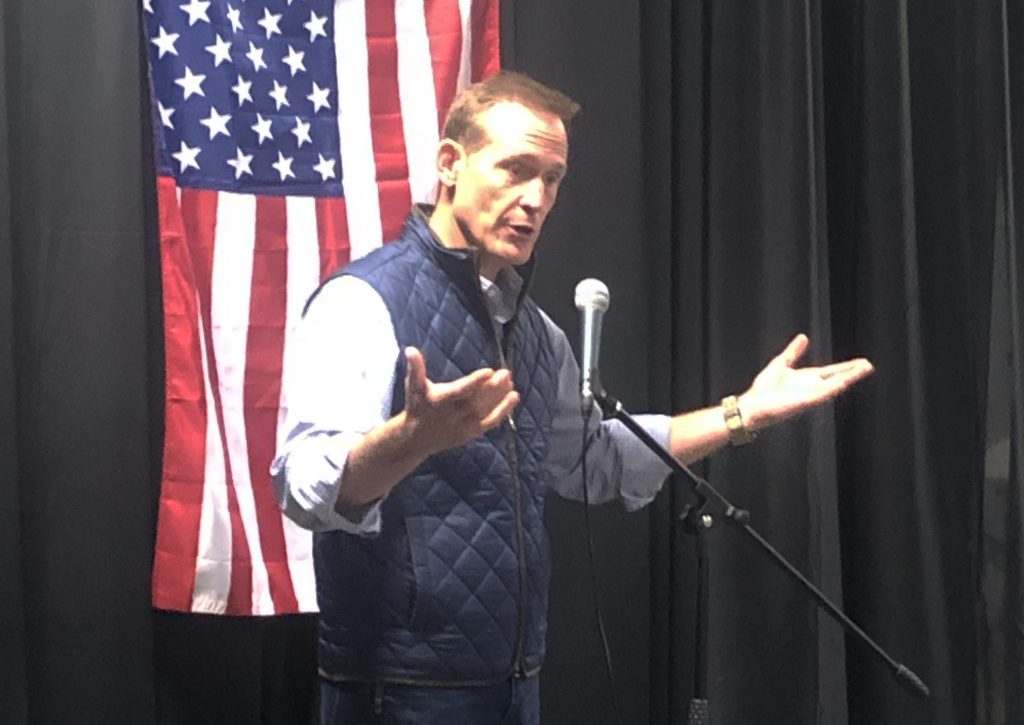 Congressman Budd quoted his grandfather's saying during his speech "Just do what you say you're gonna do."

Arkansas Sen. Tom Cotton made an appearance beforehand to introduce Budd, who has been the U.S. representative for North Carolina’s 13th congressional district since 2017.

Budd highlighted in his speech the need to help veterans, fight inflation and retain “American strength.”

“We’re continuing to keep the pressure on the last 13 days, we’re not going to let off the gas. You don’t win by lifting in the corners here in the NASCAR state. You don’t win until you see that checkered flag, so we’re going to run hard, we’re going to use every minute to ask for every single vote in this state,” Budd said.

He spoke to veterans in attendance and further elaborated on steps he’d take as senator to help those who were in need.

“It has to be the execution of the PACT Act, which Sen. Cotton and I just supported several months ago, which will take care of the 3.5 million that were exposed to the burn pits in Afghanistan and Iraq. We also have to make sure there’s no delays and they get the best service possible because of their service to our country,” he said.

Budd said having people stay connected electronically in rural areas like Rowan County is a key issue that the Senate has ignored so far.

“One of the things we talk about often is rural broadband, the needs. You saw so much happening during the pandemic, people were home, forced to be home longer than they should’ve been,” Budd said. “Then they couldn’t reach their workplace through online or broadband, so that’s one of the things that I’ve been a longtime supporter of and I’ll continue to be.”